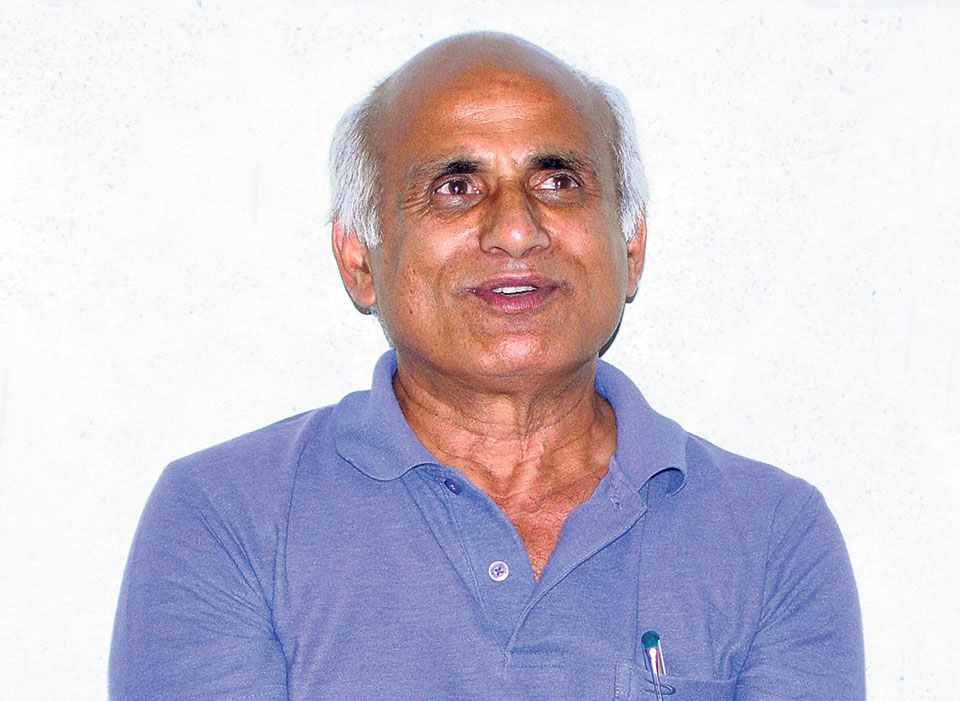 KATHMANDU, June 29: Dr Govinda KC, professor at the Institute of Medicine (IOM), is all set to begin his 15th fast-unto-death  from Friday, in Jumla, as the government has failed to listen to his frequently repeated demand for the immediate endorsement of the Medical Education Replacement Bill  by parliament.

Talking to Republica by phone from Nepalgunj, Dr KC said he is leaving for Jumla early Friday morning. “I have chosen to stage the hunger strike in Jumla because my struggle is always  in the interest of ordinary people ,” he said. “People in rural areas have been deprived of basic health care whereas  top leaders of the ruling parties have given priority to the urban areas and to earning big profits  through  the  commercialization of  medical care,” he added.

According to Dr KC, he will stage his fast-unto-death in the vicinity of the Karnali Academy of Health Sciences (KAHS) in Jumla. “Though  KAHS was established in 2007, MBBS level classes are yet to be taught there,” he said. “Leaders of the communist party  lured people during the elections to get their votes but ignored them and forgot  the promises made to them once the elections were done with,” he said. “So, I want to be with the people here in Karnali, a region that has been neglected by  government.”

On June 7, Dr KC issued a six-point demand that included immediate endorsement of a replacement bill for the Medical Education Ordinance,  and warned that he would   stage another hunger strike unless the demand was addressed. And he announced on Wednesday evening  that he was to launch his 15th hunger strike from June 29.

The six-point demand also includes scrapping the so-called scholarship management guidelines , immediate release of the report of the medical probe commission led by Gauri Bahadur Karki, revoking of the ban against   staging  protests  at Maitighar Mandala, and framing of law to discourage threats against doctors and health workers.

However, the government does not care as it has a  two-thirds majority in parliament, said Dr KC. “Instead, the government is preparing to bring a Medical Education Act that is at variance with the main spirit of the Medical Education Ordinance,” he said. “We find this unacceptable  as  our fight is for accessible and quality medical care  for ordinary people and  quality medical education that is affordable,” he added. He also said the government had done nothing to curb corruption and irregularities in the medical sector.

Dr KC further said that no agreement signed with him in the past has been implemented seriously . “These agreements include opening  government medical colleges outside Kathmandu Valley. Progress at Rapti Academy of Health Science and Geta Medical College in Dhangadhi has been completely halted and no initiative has been taken to establish government medical colleges in Panchthar, Dadeldhura and Udayapur,” he pointed out .

The Medical Education Ordinance was brought a second time after a first ordinance could not be approved  within 60 days of the start of the parliamentary session . The related bill provisions 75 percent seats under free scholarships at public medical colleges and no new private medical school affiliations in the Valley for 10 years.

Dr KC  staged a fast-unto-death in October, demanding a Medical Education Act as per the spirit of the  Mathema taskforce report. On October 23, 2017, the then Deuba government approved the Medical Education Bill as  recommended by the taskforce. President Bidyadevi Bhandari authenticated the Bill  on November 10, 2017.

On 12th day of fast, Dr KC said to be critical

KATHMANDU, August 4: On the 12th day of his latest fast-unto-death, the condition of Dr Govinda KC, professor and senior... Read More...

KATHMANDU, Aug 15: After the government took the initiative to address almost all his demands, Dr Govinda KC, professor at... Read More...