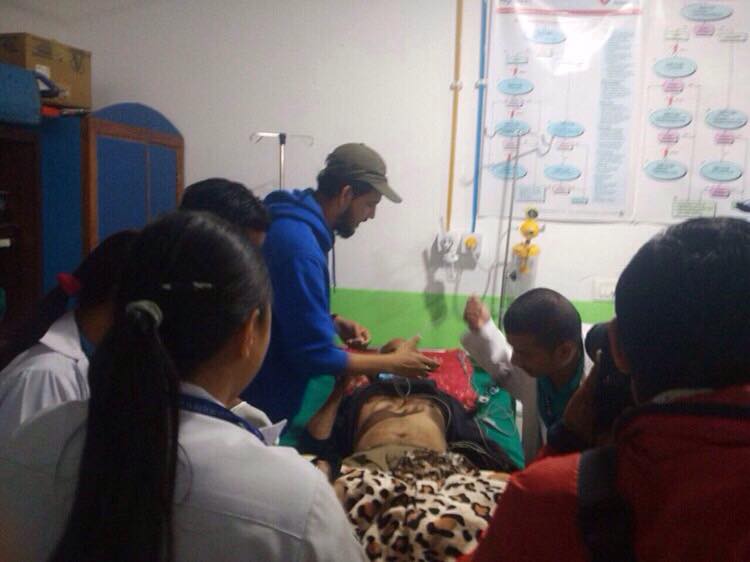 Medical doctors rushed him in an ambulance to Emergency Ward of the hospital after they found him in critical stage.

Agitating KC has been staging fast-unto-death demanding reforms in medical education for the last five days in Jumla.

“He is undergoing treatment at ICU”, said Dr. Prabin Kumar Giri, who is attending to KC. According to him KC’s condition is deteriorating.

Doctors took him to ICU by force after they found his condition critical,  by breaching the restricted zone.

The doctors have referred him to Kathmandu saying that his condition is getting worse. KC’s health condition got worse on the second day of his fast-unto-death.

This is KC’s 15th fast-unto-death. He used to stage his agitations in Kathmandu.