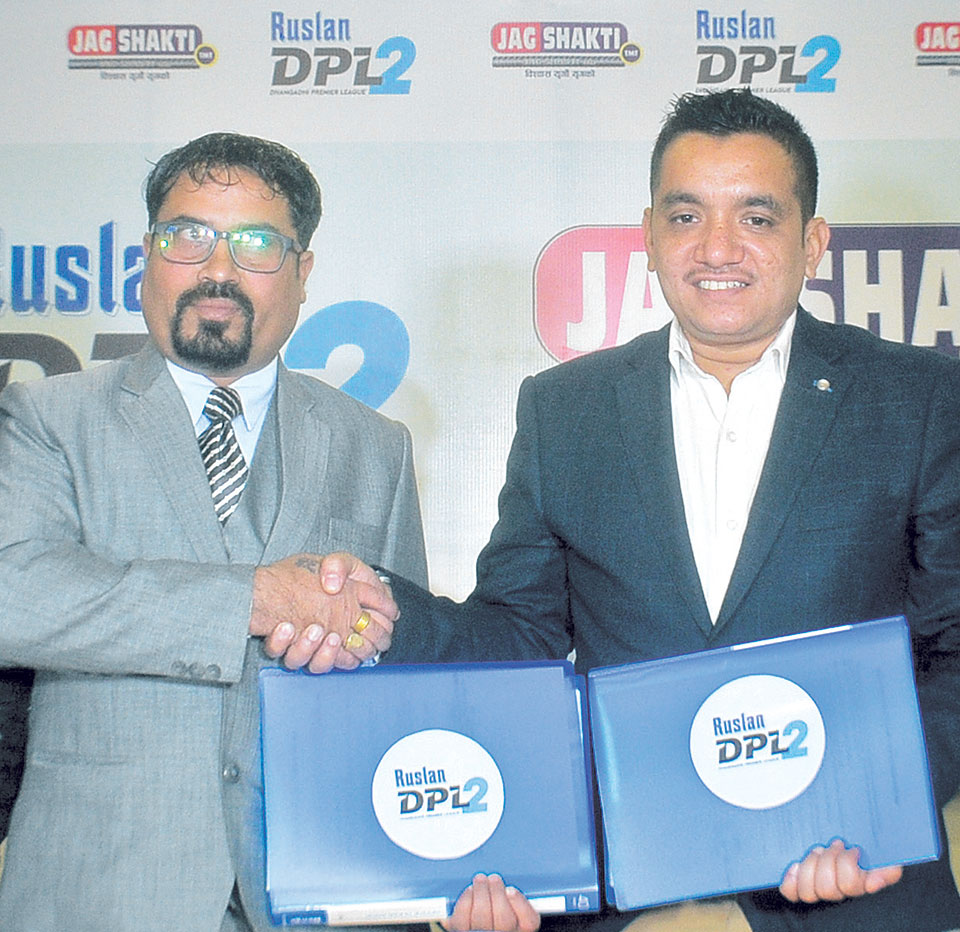 KATHMANDU, Feb 28: Ruslan Dhangadhi Premier League (DPL) has renewed a one year co-sponsorship deal with Jagadamba Enterprises’ Jag Shakti TMT Bars for the second edition of the tournament on Tuesday.

As part of the agreement, the tournament will receive Rs 1 million cash, which will start next month. The DPL will use the logo of Jag Shakti in all its cricketing activities during the tournament.

Shahi said that this type of sponsorship deal will provide crucial contribution in taking the Nepali cricket to a new height. He added that they extended the sponsorship deal to a year with Jag Shakti in order to increase the fanfare of the tournament every year.

“We don’t just want to limit the pace of cricket in a sponsorship deal, so we have agreed to sign a contract with every sponsor for just a year,’’ Shahi said, “It’s not possible to take a big leap in cricket with a long-term sponsorship deal at the same time. Nepali cricket will not keep on staying here, it will rise to a greater height.’’

Dhungana said that they agreed to sponsor the tournament as he was inspired by Nepali cricketers who achieved big successes in international level despite the lack of infrastructure and required facilities.

“Such tournaments will help in the development of the cricket. Our team has always performed very well despite the lack of infrastructure,’’ Dhungana said. “The Nepali cricket will be number one someday if we can create a good environment to play cricket.’’

The winner of the tournament will take home Rs 2.5 million, while the runner-up will be rewarded with Rs 1 million. The third-placed team will get Rs 300,000, and the team in fourth position will bag Rs 200,000. Likewise, the each player-of-the-match will be prized with Rs 10,000. The organizers also informed that the best batsman and the best bowler will also be awarded.

The tournament will be held in round-robin league format in the league phase. The final is to be held on April 14. All the matches will be played at SSP Cricket Ground in Dhangadhi.