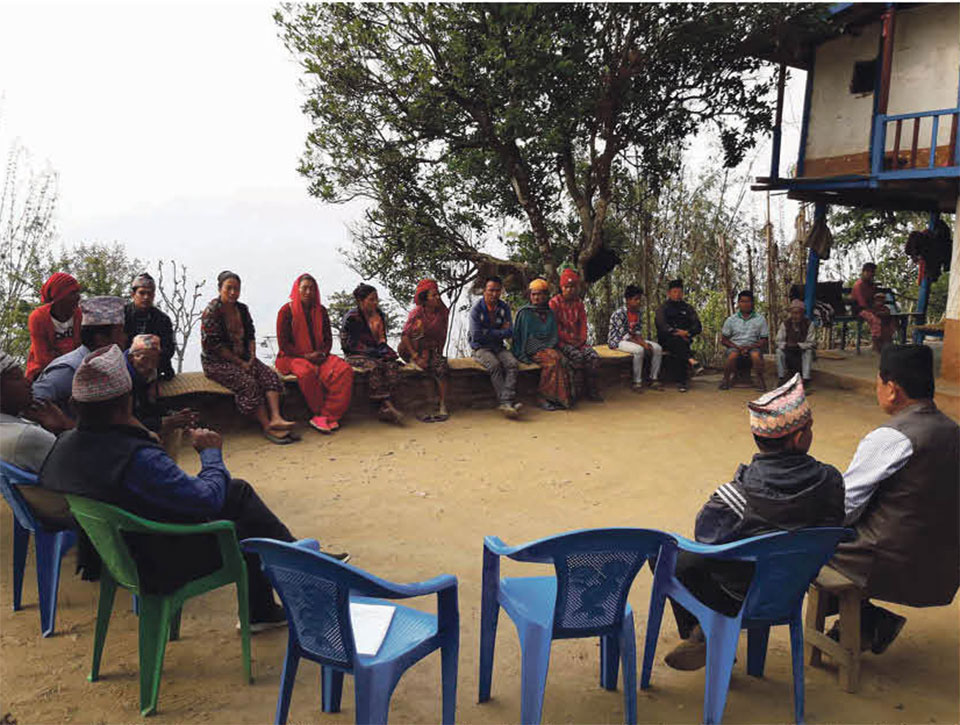 Schools of Majhuwagadi Municipality – 5 have been approaching every household but the parents are not convinced of the benefits of education.

KHOTANG, April 27: More than a decade has elapsed since the government adopted the policy of 'education for all' but not all students in the country go to schools.

Reports indicate that children not attending school are in large number though the government records show something else. According to Rajandra Rai, chairperson of the management committee of Shree Secondary School of Basbote village, Khotang, the number of children not enrolled in schools is quite large and the dropout rate also worrisome.

"On one hand, we have not been able to admit each and every child to school as there are many children from poor families who are not admitted to school. On the other hand, even if they are admitted, a few are regular to attend their classes," he said.

In an attempt to enroll all children, schools in Khotang have been running door-to-door campaign since the last few years. Though not all schools are doing that, a rising number of community schools have been taking part in the campaign, according to Rai. The school he is associated with has started this campaign last week.

"We have been reaching door-to-door persuading parents to send their kids to school. It is basically the marginalized and poor community which needs to be convinced," said Rai.

Schools of Majhuwagadi Municipality – 5 have been approaching every household but the parents are not convinced of the benefits of education.

"Though it is children's right to get education, some parents are negligent about it. Once they start sending their children to work and they start earning money, their interest in education diminishes. We have noticed many such cases," Rai elaborated. "In such cases, we warn the parents to get children to school or else they can be deprived of various government facilities," he added.

According to the school principal Jas Raj Kiranti, they have already visited around 40 houses nearby, and a few dozens of others are in the list.

"Our motto is to bring every child to school. For that, we have been working hard day and night. There is no direct benefit for teachers from this visit, but this certainly pays in a different way," he said.

"Very few students means the government has not allocated teachers' quota. When you have no resources, you cannot run school. So, to ensure adequate number of students, community schools must now focus on quality education," Kirati said. "That's the problem of community schools across the country. But here in Khotang, we still have lack of schools at some places. Similarly, there are children who are out of school," he added.

According to Ram Bahadur Migrate, it has now become very important for all schools to teach students in English medium.

Majhuwagadi Municipality has even prepared a framework for this. According to the plan, all community schools will train students in English from grade one. Wherever possible, the medium of instruction would be English for all subjects.

Kirati stated that his school is going to instruct students in English medium up to grade four. "But after that, we have to manage more skilled teachers," he said.

As some local units have forced government school teachers to educate their children in community schools, this topic has entered this school as well. According to Kirati, teachers have felt immense pressure to make the school's education system better.

"We have been hearing that children of civil servants or teachers have to be admitted to government schools. This has not been applied strictly so far. However, we are under pressure indeed," he admitted.