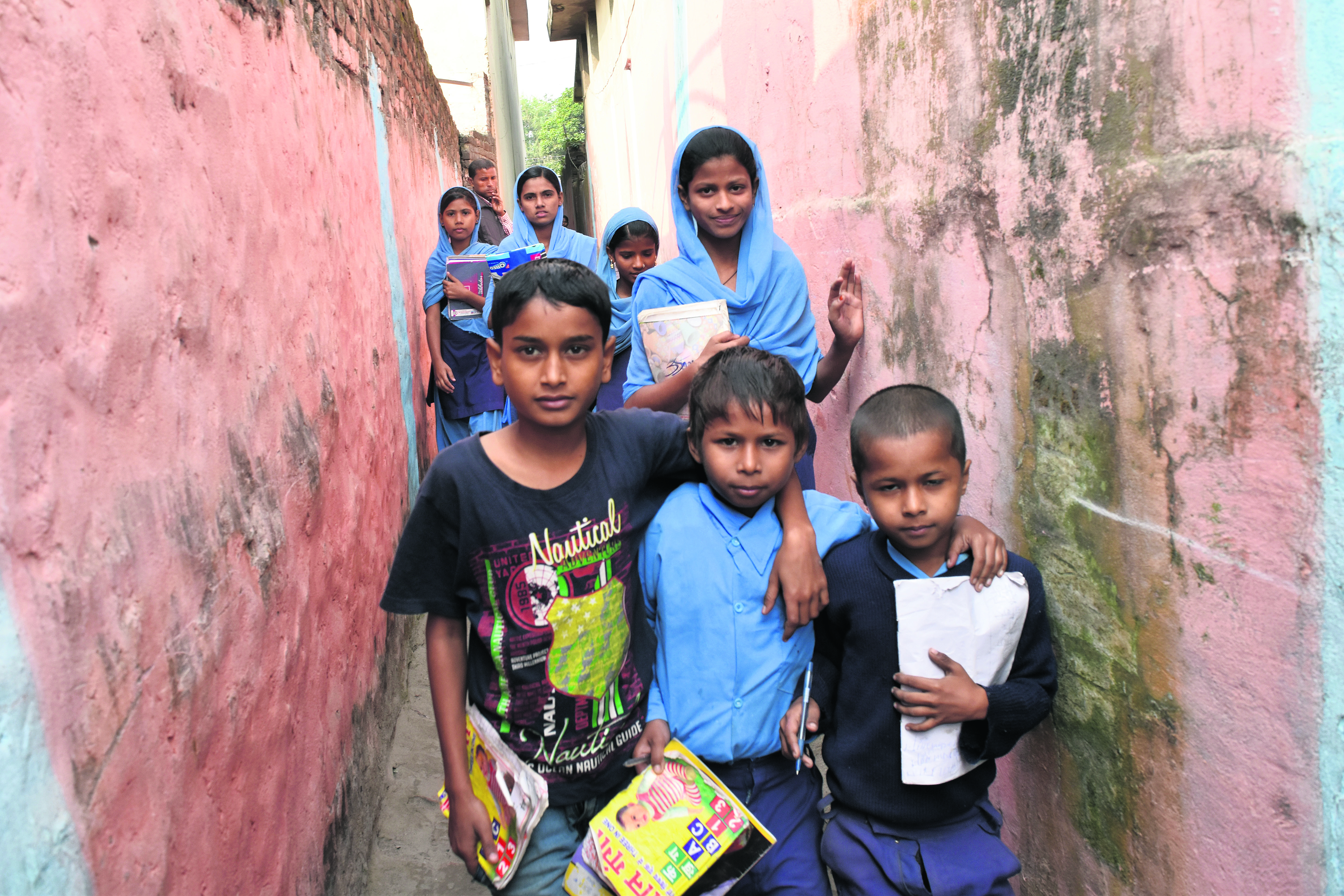 SIRAHA, Dec 11: There are ample of private and community schools in the district. However, many Nepali children go to Indian schools. Well off families have admitted their children in private Indian schools and families who can’t afford such schools go to schools run by the Indian government. Choosing Indian schoolst over Nepali is both a ‘fashion’ and ‘compulsion’, locals in Siraha say.

“Most of the residents in Thadi send their wards to Indian schools,” said Shiva Shankar Sah, a local resident. “It is both due to the trend in the locality as well as unavailability of good schools,” he added.

According to Sah, though there are private schools in Thadi, they hardly provide quality education. Community schools, he said, provide even worse education, he said.

“When our kids grow up learning in Indian schools, they naturally learn the Indian national anthem and patriotic songs by heart from the tender age. This should not have happened,” he noted.

While Nepali parents do show keen interest in sending children across the border, the Indian institutions make no less effort to entice Nepali students. According to Sah, the Indian schools come up with attractive advertisement of their school every new academic session. As part of the attraction, they also provide transportation facilities to Nepali kids.

“Their bus and vans come at our doorsteps to pick our kids. They take care of our children very well and win our hearts with their service,” Sah shared.

A decade ago, the scene was completely different. The fascination of Indian convent and other schools was not so prevalent in the locality. Community school within the locality was finely catering to the needs of all class of people. The elementary school of the locality, Adharbhut Bidhyalaya Thadi, would attract children from far-flung areas.

“This was an exemplary school in those days. Rich and poor kids, everyone studied there. It was excellent in all aspects,” said Sah.

Locals go nostalgic while taking about this school, which continues to exist but just for namesake now. This school had residential facility for teachers, which had allowed it to keep best teachers from different parts of the country. Its child friendly education had made everyone happy and proud.

However, over the years, as its teaching and non-teaching staffs got involved in politics, studies of the student suffered. According to another local of Thadi, who wished to remain anonymous, political division among the teachers gradually took a toll on the school’s performance. “The school turned into a playground for political parties where everyone would quarrel. When teachers become politician why would they listen to parents like us?” he commented.

Residents, who can afford, have almost stopped educating children in Nepali school. They state that they do so in lack of schools that provide quality education as is provided by the Indian schools on the other side of the border.

Some families even send their children to other cities. Kathmandu, Darjeeling or Dehradun are often the choices of the rich families. Those who invest moderately send children to convent schools in India. “And yet others, who can afford less admit their children to Rajakiya Kanya School and Laxminarayan Janata School in India,” Sah said.

Aachal Gupta is among the children who cross the border for attending her school. The seventh grader stated that the government school in her village does not provide good education. “Teachers do not come regularly. Even if they come, they do not teach. In my present school, we don’t have such problem,” she said.

She admitted that learning and singing Indian national anthem and other patriotic song is natural when ‘you study in India’. “We cannot escape that. I love to learn Nepali language, Nepali national song, and national anthem. But we are learning Indian,” she admitted.

Another parent from Thadi, Dharmanath Gupta, also said that sending children to Indian side is a compulsion. “It is not our choice, but a compulsion. We want our children to get better education. But since we don’t have better institutions or sincere teachers, we have to send them to Indian schools,” he commented.

LAHAN, Oct 21: The teachers' organizations today shutdown all community schools from early in the morning in Siraha protesting the... Read More...

Lack of production forces Surkhet to import potatoes from Indian

SURKHET, Aug 15: Surkhet district imports potatoes worth Rs 300,000 from India every day as local production is not sufficient... Read More...