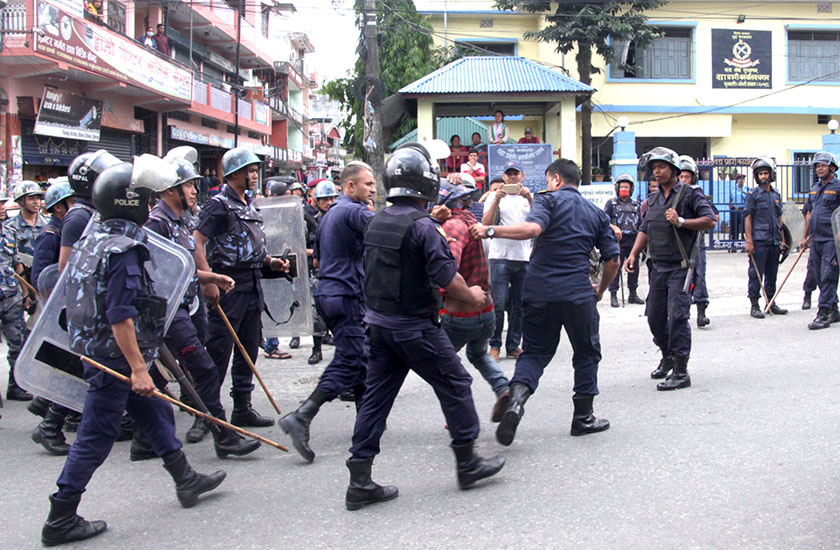 KATHMANDU, May 6: Ram Bahadur Thapa, Ministry for Home Affairs has directed not to release the arrested transport entrepreneurs if they are not ready to sign on papers to scrapping syndicate.

Home Minister Thapa directed Chief District Officer of 77 districts to release those arrested transport entrepreneurs only if they were ready to sign on paper to scrapping syndicate and to register transport in a company without halting public transportation services and supporting the government.

Arrested Transport Entrepreneurs should be agreed on:

All assets of over 300 Bus Entrepreneurs Committees and their federations, which won't exist by the end of Mid July, will come under the ownership of government automatically as per law. Such assets which will come under government ownership includes the money deposited in the banks, office buildings and other movable assets owned by those committees, which are registered at the district administration offices under  Association Registration Act 1977.

The cabinet decision of April 17 decided not to register or renew any institutions (committees and federations) related to transportation sector in the district administration offices as per the Associations Registration Act. Such associations are asked to operate as companies by registering as per the Companies Act within three months.

The government on Friday also decided to investigate the property of key office-bearers of those committees and federations.

KATHMANDU, May 6: Transport entrepreneurs have agreed on the government decision to scrap the syndicate on public transport. ... Read More...