Docs to halt all services but emergency from Sept 7 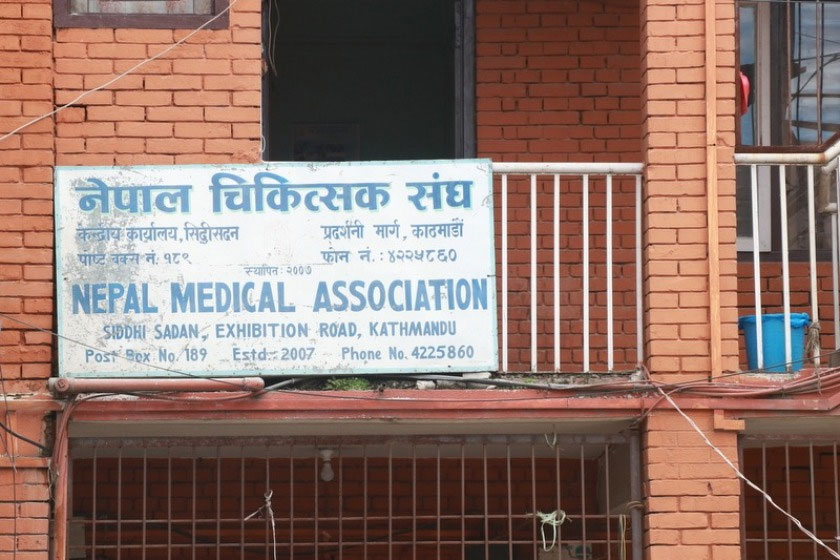 KATHMANDU, Aug 31: Unveiling fresh protest programs, the Nepal Medical Association (NMA), the umbrella organization of medical professionals, on Friday announced to shut down all but emergency health services from Friday, September 7, to protest against the new Criminal Code 2017.

The NMA has urged the government to amend the Criminal Code 2017 immediately, saying that the law has intended to categorize doctors as criminals. The code has provisioned three to five-year imprisonment to a doctor as well as a fine of Rs 30,000 if a patient dies in course of treatment due to doctor’s negligence.

Issuing a statement the medical professionals’ organization, has announced to begin protests from Sunday itself. As per the schedule, it will halt all medical services on Sunday except for emergency services for a day and will stage rally at Maitighar of Kathmandu.

On August 13 the NMA had threatened to stop seeing patients and hand over apron and the medical license to the Nepal Medical Council (NMC).  There are over 21,000 doctors registered with the NMC, according to the NMC.