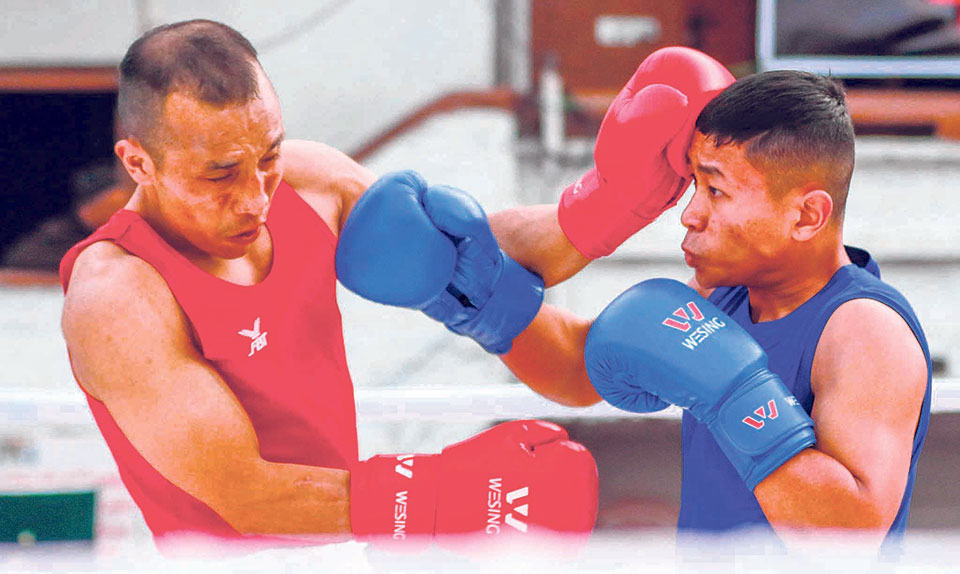 In the men’s 60-kg weight category played at Basantapur Dabali in Kathmandu, departmental team’s Shrestha defeated Jinesh Gurung of Province 4 to make his place in the last four.

Ganesh Thapa Magar was the only non-departmental player to make his semifinal place as the Province 5 player defeated Province 2’s Sudeep Ghising.

The tournament being organized by the Bir Ganesh Man Singh Foundation will run till Saturday. The winner of each category will win Rs 25,000, while all the runner-ups will take home Rs 15,000 each. Also, all the third-placed players will get Rs 7,500 each.

Also, the best boxers in the men’s and women’s categories will get a motorcycle and a scooter, respectively.