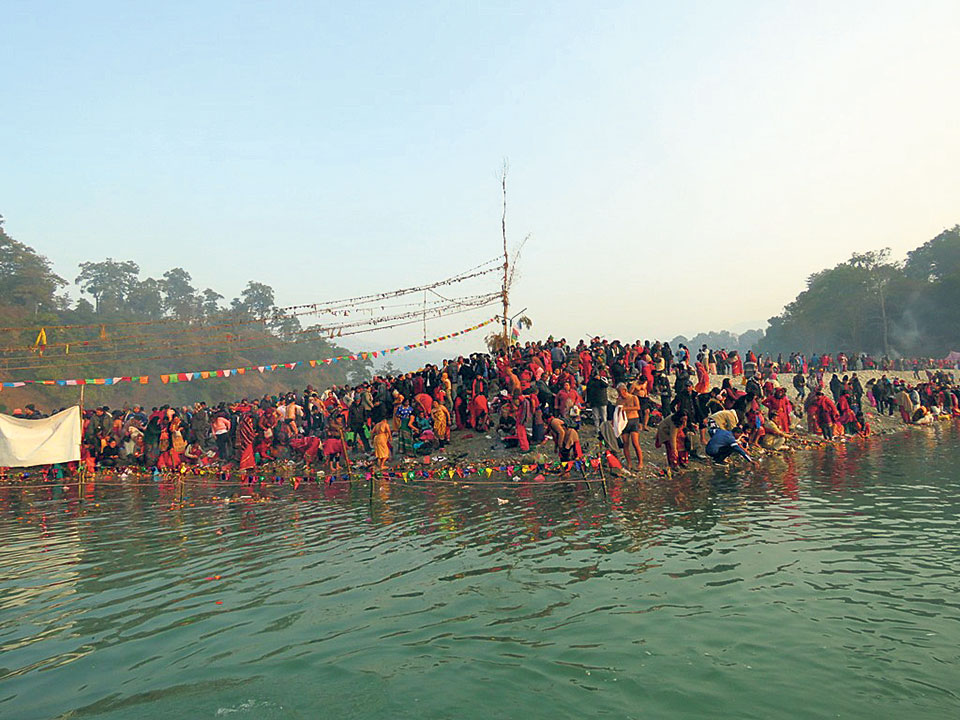 Only 25 percent work completed in 10 years

CHITWAN, May 16: Efforts to develop Devghat into a well-managed religious tourism destination has not come into implementation even though it has already been a decades since the master plan was prepared.

The 21-year master plan was prepared in 2007 after homework of nearly eight years. It was approved by the Ministry of Culture, Tourism, and Civil Aviation on September 17, 2009.

According to Shiva Raj Paudel, chairperson of the Devghat Area Development Committee, less than 25 percent of work has been completed in the 10 years since the approval of the master plan. “It will be extremely difficult to complete the remaining work in the coming 11 years,” he added.

The master plan consists of 125 projects with total budget of Rs 6 billion.

Paudel also realized the need for a separate law for Devghat area. “In the absence of a separate law, the Devghat Area Development Committee has not been able to implement plans and programs in an effective manner and Devghat like Pashupatinath or Janakpurdham,” Paudel said.

Works like building electric crematorium, suspension bridge and resting area for tourists are undergoing at present. Similarly, a new floor is being added in an old age home which is being managed by the committee.

POKHARA, Nov 9: Nepal’s tallest idol of Lord Shiva that is under-construction in Pokhara has reported 45 percent progress. The... Read More...

Snowfall takes its toll in Gorkha
17 hours ago

Talks with JSP is underway: UML Vice-Chairman Gyawali
10 hours ago