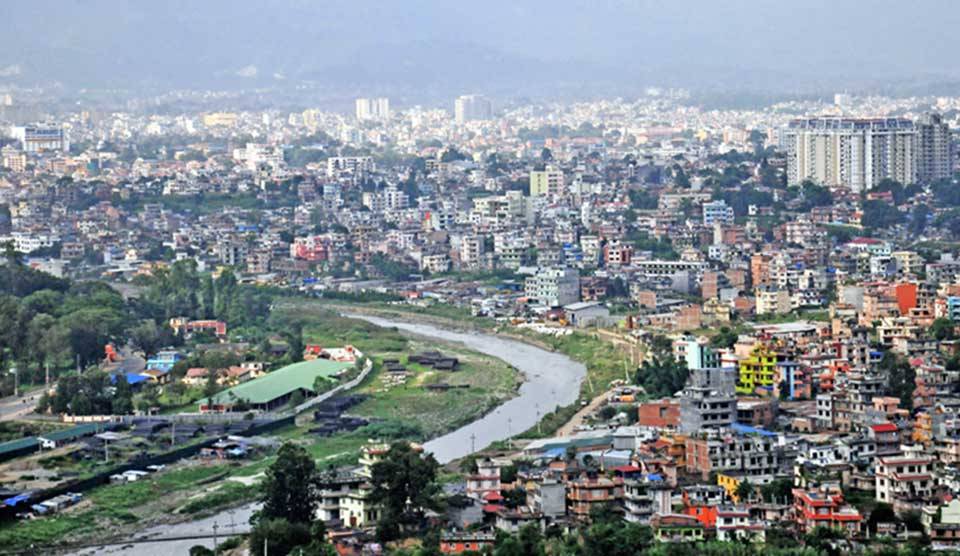 Nepal is considered as least developed country striving to reach the status of developing nation by 2022. The grand dream of “Prosperous Nepal, Happy Nepali” will only be possible when Nepal adopts its own development model accordingly with its national context. Rural population in Nepal was reported at 81 percent in 2016, according to the World Bank’s collection of development indicators, compiled from officially recognized sources.

Every year certain portion of population from rural Nepal migrates to city areas in search of better life and upon arriving the urban land, they soon get fed up with its decadence in many aspects. Such tendency of Nepali people indirectly reinforces the fact that despite preferring village life than city, they are forced to migrate in search of better facilities. So our development model should be more focused on providing facilities to its 23 million rural populations and help them achieve national agenda of “Prosperous Nepal, Happy Nepalis”.

In Nepal, the first step of national progress should begin from rural development. Yes, the government has tried hard to urbanize many rural areas by changing VDCs to municipality but without meeting basic development criteria. This ‘old wine in new bottle’ model will never change the face of Nepal. Change of word will yield nothing unless we make change on the ground.

In recent decade Nepali leaders have built a kind of tendency to equate urbanization with development. But the real challenge for today’s Nepal is to provide urban facilities in rural areas. Urbanization is not the favourable model of development for Nepal as it will be hard for the country to endure its consequences.

Look at Kathmandu, which has become the dark face of urbanization embedded with pollution, overpopulation and haphazard human settlement. In such scenario the government of Nepal can learn from international societies and experiment with new development initiatives. Social transformation has offered new outlook to perceive urbanism and pursue new model of social progress in every front. Thus Nepal should seek innovative approach of spatial development.

Unlike Nepal, the spatial planning of some European cities is done to meet the demand of changing public lifestyles. In many parts of countries like Sweden, the Netherlands and Denmark, the line of distinction between urban and rural is slowly fading away. Their settlement seems organic, with heterogeneity yet very well reflects the interwoven social fabric. After the evolution of the new type of settlement area with diffusion of urban and rural activities which is termed by the Scottish planner Patrick Geddes as “Rurban”, the conventional notion of development has transformed a lot.

These urban spaces are often governed by rural local bodies and the activities available in these areas are of urban in nature. Rurban simply means providing urban infrastructure and services in rural space to create economic opportunities outside of cities. This includes physical connectivity by providing advance roads, electronic connectivity by providing communication networks, knowledge connectivity by establishing professional institutions and other facilities like health, security, employment opportunities etc. As suggested by famous city planner Patrick Geddes, developing a city worthy of civic pride rather than imitating European models can be ideal prototype of sustainable development.

Our leaders are obsessed with idea of getting smart—smart city and satellite city etc. Can Nepal translate this dream? For the government which has not been able provide proper road, drainage system and even the visible zebra crossing in its metropolitan space, it will be too difficult to achieve this dream. For many years our leaders have promised to turn Nepal into Switzerland. Why can’t we make Nepal like Nepal by embracing its pristine natural faculties, socio-cultural vibes and traditional, yet civilized lifestyle? The government should think about this.

The slogan of ‘return to village’ will yield nothing unless the government finds some innovative ways to equip villages with required facilities available in urban areas. Let’s develop Nepal with Nepali characteristic rather than imitating European model. After all, it’s all about providing facilities to people, through traditional or modern ways.

The author is a senior researcher at Pioneer Research Center Nepal (PRCN), Kathmandu

KATHMANDU, Sept 29: Experts have said that the private sector has a key role in ushering in well-managed urbanization in the... Read More...

Gold price declines by Rs 400 per tola
8 minutes ago