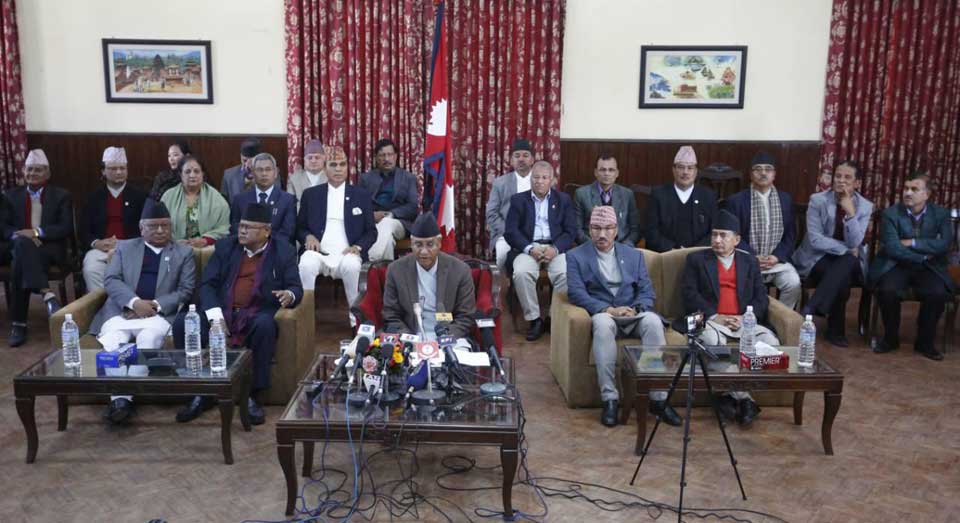 Although the four-time prime minister had an opportunity to make up for his controversial record in three previous stints in that office, Deuba had achieved little in this regard as he stepped aside for CPN-UML Chairman K P Sharma Oli to become the prime minister.

Deuba earned praise from various quarters for successfully holding the third phase of local-level elections in Province 2 and for concluding both the provincial assembly and parliamentary elections. The successful conduct of the three-tiers of elections has brought the decade-long political transition to an end.

But many of the decisions he took as prime minister drew mixed reactions, some of them even stirring serious controversy. His decisions to reduce the age criteria from 70 to 65 years for the elderly allowance declare martyrs of all those killed during the Maoist insurgency and distribute huge amounts from state coffers as financial assistance to cadres of his own party including an incumbent government minister were among the controversial ones.

Critics argued that the decision to reduce the age criteria for the elderly allowance ran counter to the fact that life expectancy in Nepal has been increasing steadily in recent years. However, in his televised address to the nation on Thursday before stepping down, Deuba justified his decision, saying that life expectancy in more than 50 districts is still less than 70 years.

Deuba, who earned a reputation for forming the largest ever cabinet in his previous stint as prime minister, has failed to rectify this. Instead, he broke his own record and formed a 64-member cabinet. These controversial steps, some of them taken when his government was already a caretaker one, are not likely to provide the NC the moral high ground for criticizing any decisions of the new UML-led government from the opposition benches.
In his televised address, Deuba said that he could not do much on the development front mainly due to the enforcement of the election code of conduct when he assumed the post of prime minister. However, the government achieved significant progress in the development of major infrastructure projects, he added.

Deuba cited the decision to develop the Budhi Gandaki Reservoir Hydropower Project with domestic resources, the handover of responsibility for building the Kathmandu-Nijgadh Expressway to the Nepal Army and the near completion of the Melamchi Drinking Water Project as successes of his government. He said significant progress had been made by his government. in the development of the Arun III Hydropower Project, the Upper Tamakoshi, the Bheri Babai Diversion Project, the Postal Highway and Pokhara International Airport.

In the address to the nation from his official residence at Baluwatar, Prime Minister Deuba said his government had initiated a robust social security cover for citizens through the mandatory health insurance scheme and the Rs 5,000 monthly living allowance for those suffering from critical medical conditions including cancer, liver and spinal injuries.

Brushing aside criticism from opposition parties that the earthquake reconstruction work was painfully slow, Deuba said this had picked up good momentum on his watch. The Deuba government had decided to provide an additional Rs 100,000 in housing grant to earthquake-victim families.

It should be said in fairness that the main mandate of the Deuba government was to hold the three sets of polls within the constitutional deadline of January 21, 2018. Seen through this own lens, Deuba's fourth stint as prime minister was successful overall.

SAN FRANCISCO, Oct 26:  Google’s parent company is halting operations and laying off staff in a number of cities where... Read More...