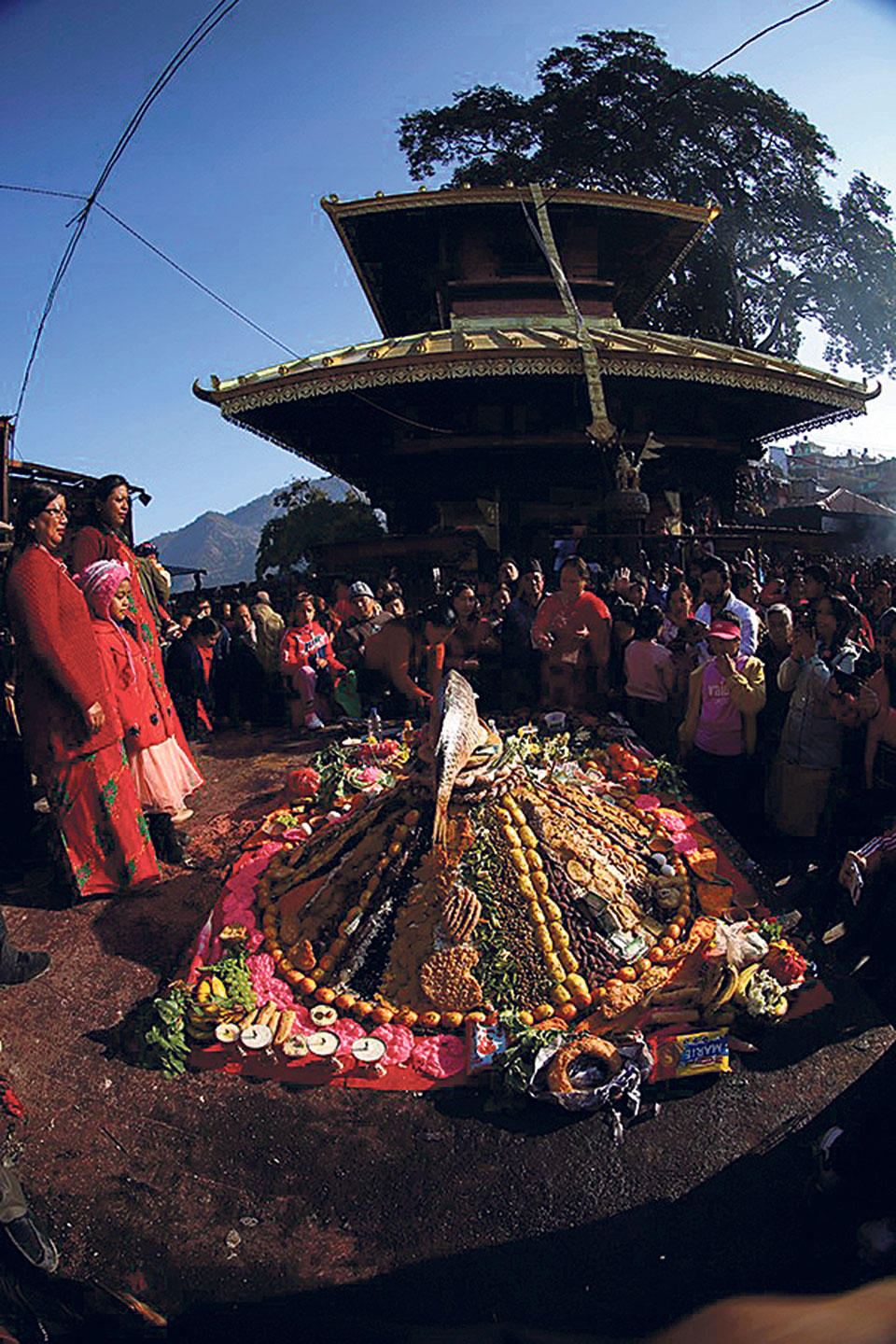 The offiering made by Deepyakhan Guthi at Manakamana Temple, Gorkha, with the Guthi members and the temple in the background. Photo: Republica

KATHMANDU, Feb 24: The Deepyakhan Guthi (Devi Naach Trust), which was earlier registered in the name of an individual, has been brought into the ownership of the Guthi (trust) once again.

To celebrate this achievement, the Kilagal Guthi in Kathmandu organized a 'puja' ceremony at Manakamana Temple in Gorkha district on Saturday. According to Indra Maharjan, president of Deepyakhan Promotion and Conservation Committee, the Guthi house located in Kilagal, Kathmandu, was brought into the ownership of the Guthi again after years of attempts.

Now, the Guthi house will be reconstructed, according to the Guthi.

Likewise, Bidhya Sundar Shakya, mayor of Kathmandu Metropolitan City, said that Deepyakhan is an important part of Indrajatra, so the metropolis is committed in preserving the Guthi house.

Gorkha’s Manakamana Temple to be closed for public from Thursday

KATHMANDU, Jan 18: The renowned Manakamana Temple in Gorkha district will remain closed from Thursday. A meeting of the Manakamana... Read More...

Cover Photo: A girl paints her face during a protest rally in Kathmandu, demanding justice after the rape and murder of... Read More...

Gorkha, July 28: Altogether 926 war-era complaints have been so far registered in Gorkha – one of the worst-affected district... Read More...