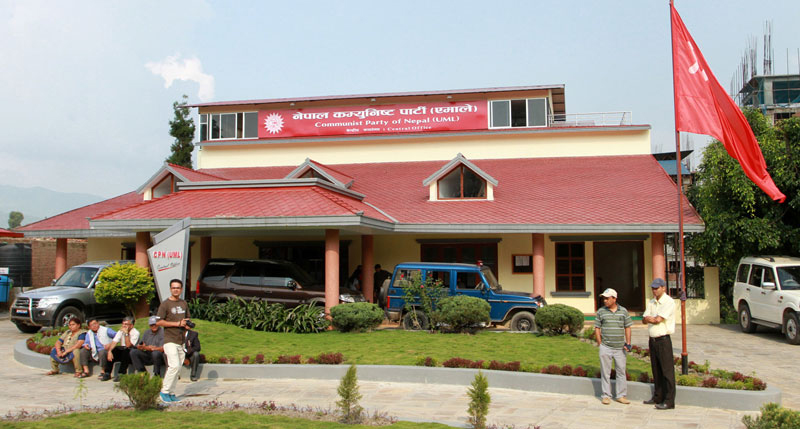 KATHMANDU, June 15: Main opposition CPN-UML has taken strong objection to the decision of the ruling Nepali Congress and CPN (Maoist Center) to postpone the second phase of local level elections in Province-2.

UML has concluded that the government’s decision to defer elections in Province-2 does not only weaken the national unity but also boosts the morale of the separatists.

“The government's decision to defer local polls in Province 2 does not only prevent people from exercising their rights to elect their own representatives but also has impacted the implementation of the new constitution,” said the statement issued by UML Secretary Yogesh Bhattarai.

The statement has further said that the deferral of the local polls has boosted the morale of the separatists and weakened the national unity.

This decision has indicated that the government had no intention to hold elections rather it was simply pushing the country into perpetual abyss when the local elections, which were originally planned for May 14 were, rescheduled for June 23 and then 28.

Meanwhile, the UML has directed the district committees in Province-2 to conduct daily party activities saying that such decision will mar the implementation of constitutional and democratic system.

The UML has also instructed its party-rank and file to gear up for the local elections in Province-1, 5 and 7.

KATHMANDU, Aug. 25: Main opposition CPN-UML has registered the party at the Election Commission for the upcoming elections to the... Read More...

UML will lead polls in province no 2: leader Khanal

JHAPA, August 7: CPN (UML) senior leader Jhalanath Khanal has said that the country is celebrating this year as the... Read More...

KATHMANDU, June 15: Leaders of ruling parties agreed to postpone the local level elections in Province 2. The leaders of... Read More...

COVID is less severe with Omicron than Delta, U.S. study suggests
23 minutes ago