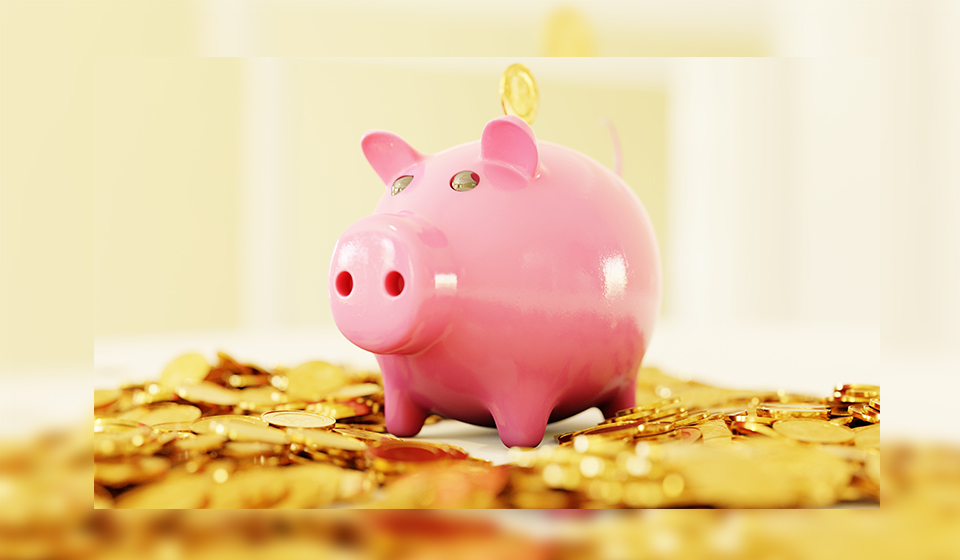 No miracle is going to happen in our historic trend of low capital expenditure this year, too. Same as ever, we will see a huge portion of the expenses being made in the last month of this fiscal year too (Asare Bikas accounting for almost 30% of capital expenditure).

Each Friday at dusk, it's a series of mind-boggling debate between this scribe and some engineers on the topic 'Nepal's Development Dilemmas’ that excites the CEO of the very authentic ‘Hamro Adda’, a startup serving tea and cigarette to the juveniles of Kathmandu. Promptly passing on his responsibility to newly-hired staff, the owner quickly rubs his hands in the scarf, serves two cups of coffee, and joins the table with all his entrepreneurial enthusiasm to feel the discourse. This young founder is an epitome of start-up success and a big slap on the face to those who say ‘Kei hunna Nepalma (Nepal offers nothing to do)’. Producing a cup of tea at 9 and selling it at 30, he makes a gross profit margin of over 100%. He started with a 1 lakh seed investment, and in a short span of a year, the venture valuation now turns out to  be more than 7 lakhs. Isn’t it crazy? If you are a job-holder for a big company and now reading this piece, you might feel stupid. Don't worry. You are !

But today, leaving the discussion over perks of doing business as your personal assignment, the nation's biggest challenge to development- low level of capital expenditure - is being explored here. Capital expenditure basically refers to the portion of government expenses that includes money spent for execution of capital projects, such as building roads, dams, airports, hydros, bridges, flyovers, etc. Capital expenditure is a proxy to the level of tangible development of any country. The remaining portion of government expenditure is current expenditure, which is the expense made on operating activities such as cost of managing bureaucracy, payments made as per constitutional provisions, cost of providing public goods, and such. So, the government's total revenue pot is divided into two categories of expenses, current expenditure and capital expenditure. But, the irony in our case is that Nepal’s total revenue amount is nearly equal to current expenditure alone for the recent years, leaving very limited funds available for large capital projects. And, this lacuna is covered up by the government via issuance of public debts, nationally and internationally.

The figures published on Nepal’s poor capital expenditure have recently gained severe criticism, with the government being able to spend only 20.16 percent until the eight months of the current fiscal year (as per the Office of the Comptroller and Office of the Auditor General). It's an historic trend, though it has ample space for improvements. And, about 50.53 percent of the budget allocated for current expenditure has been spent in the first eight months. The proposed and actual current expenditure matches the amount at the year end. But, less care is given to resolve the issues of low capital expenditure, from which citizens actually feel the development. The capital budget not only attracts a low portion of the total budget (approx. 30%), but also the actual portion of expenditure on budgeted amount is unsatisfactory (approx. 70%).

With the aim of digging up this problem, the discourse between three young engineers (who are currently deported on different construction sites ranging from hydropower to bridges) and this bibliophile author brings out three genuine issues that are less-talked about and less-cared of in the intelligentsia. What is the actual reason beyond low capital expenditure, from the eyes of young engineers? Here, some radical ways out are also presented in corollary with logical arguments, so as to present the authentic and untattered feelings of engineers.

Engineers on the dialogue shared that over the course of their professional career, they have experienced a paradoxical behavior from quite a large number of citizens, resisting the project unless they get something as a gift from the thekedars (Construction Firms). Gifts must be provided in the form of direct payouts or some favors to the ‘influential thugs’ of the respective community. ‘Not only the influential people of society have demands, ordinary locals sometimes come in a group and carry out the construction materials being used in the site’, said an engineer, showing a few photos of locals carrying cuts of iron rods in sacks without any hesitation. Further, when it comes to national projects that need to pay out compensation to citizens, it's an even tougher nut to crack. For instance, the World Bank had taken out its hand from one of the transmission line projects, citing the same cause. These sorts of incidents suggest the lack of citizens ownership in projects. And, it stems from our pursuit of individual gains contrary to what we need the most - collective prosperity.

As a solution to resistance from locals, the builders suggest that the government should first get pre-consent from locals and influential people and make sure that they won’t resist the projects. If still they resist the projects in their home in any way, the government can legally and morally enforce the suitable decision in further project selections. And it's not worth it to spend scarce resources in the locality where there is local opposition for developmental works. But, for genuine cases for compensation in some projects, the government and development partners must alter their course of action. Unlike the current scenario, the government and development partners need to scrutinize projects, drop petty projects, make project size big so that sufficient compensation can be made.

Though the country is not in any civil war or such, it’s common for an engineer to get occasional threats of life and property. Each of them has stories of some radical political being who busted their fists in the face of engineers, the nation builders. The lack of security of constructors and project sites is one of the reasons that projects get delayed or left uncompleted. The management and employees in the construction sector have very low expectations from the existing state apparatus that is responsible for security provisioning. Rather, the engineers are scared of the possibility of sharing the profit-pie, if any such entity gets into the business. “We don’t prefer the officials in uniform to help us, we are more capable of solving our security issues. Because, it's all about throwing the money, either way” one of them vented his frustration in rage.

In the initial stage of the projects, the bids incorporate one of the essential but unconventional costs, accounting for almost 5 percent cost of the project, that is - commissions to the authorities (not referred in all cases) and the political rent seekers, here in Nepal. On the question ‘why don’t you just complain about this to CIAA or other such mechanisms?’ The rest of the engineers in the bench laughed out loud with faces emitting hopelessness, and soon followed an utter silence. Amidst the silence, one of the revolutionary guys who returned from a lucrative job in India to work in a government job in Nepal broke the momentum ‘Until the armed security forces march on ground and give boots to goons who resist projects, nothing is going to work’. A very vituperative statement it is, though it may sound plausible to many. More democratic solutions to this problem need to be exercised.

The cartels, with limited funds and labor force

The author's frequent question to all of his engineer friends has been “Why can’t we expect quality works from your construction fraternity, though delays are made? What's the next part of the trade-off?” Carteling is one of the implicit answers. A few players in the market are overloaded with the huge projects, though they have a very limited number of labor forces that could be deployed at once. Recently, a major commendable amendment, to limit the number of projects in single hand, has been done in regulations to curb this oligopoly in projects, but still there remains space for improvements. The cartelling exercise hits on low capital expenditure in several ways. Given the weak state of governance and the rule of law, firms better enjoy lobbying with the parties to extend the project duration, instead of putting extra effort to complete it in time. Next, in the context of an exodus of more than 1,500 labor force daily, Nepal lacks sufficient labor force that would work at construction sites. The short supply of labor forces in Nepal makes the project cost huge and loyalty has been an issue with foreign workers. And for now, project managers are frustrated with the government, as the latter is not releasing the scheduled funds for a few quarters. “How can you expect quality and timely work from us, when the government lags more than a year in releasing the fund?” an engineer cum managing director questioned. The author has only one answer - silence.

In conclusion, all these issues suggest that no miracle is going to happen in our historic trend of low capital expenditure this year. Same as ever, we would encounter a huge portion of expenses in the last month of this fiscal year too (Asare Bikas accounting for almost 30% of capital expenditure). So, a long-run systemic intervention seems to be the way-out. All the stakeholders, including citizens, construction companies and government have an equal role for coming up with the present situation. We must work on generating the ownership of projects from citizens’ level, limiting the resistance to developmental works. Long run versus short run trade off should be considered when citizens determine projects in the locality. Construction companies must see that ethical performance is the way for long run sustainability of the business. Though cartelling generates more profit in the short run, a competitive market will grow them in terms of efficiency and effectiveness. Lastly, the government needs to implement a ‘zero tolerance policy’ against violation of laws in case of development works.

KATHMANDU, Aug 5: Madhesi Commission has spent over Rs 30 million to conduct a series of training and orientation programs... Read More...

Kathmandu’s new Mayor Balen Shah’s wife says - “From my Balen, you have become our Balen from today”
4 hours ago

The way Balen has come forward is positive: Dahal
9 hours ago

Thulo.Com, together with SDC and UNCDF, to empower 1,000 micro, small and medium enterprises in Nepal
1 hour ago

Kathmandu’s new Mayor Balen Shah’s wife says - “From my Balen, you have become our Balen from today”
4 hours ago