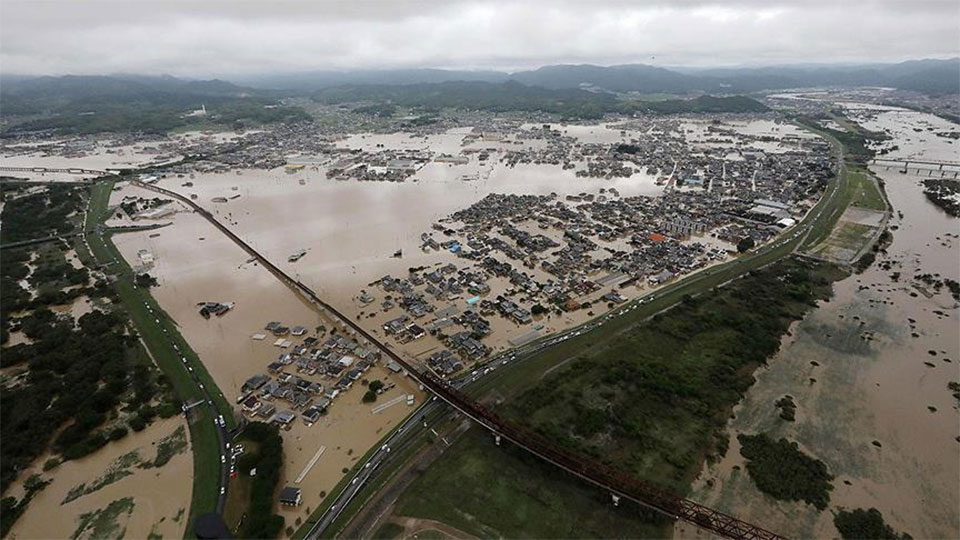 ISTANBUL, July 14: The death toll from torrential rains and floods in western Japan has topped 200, the Japan Times reported on Friday.

According to the newspaper, 204 people have been confirmed dead, with dozens still missing.

Search and rescue operations with more than 70,000 rescuers continue in the flood-affected areas, including the Hiroshima, Okayama, and Ehime prefectures.

Authorities believe the death toll will rise further, as many people are believed to be stranded in their homes.

The most casualties were reported in the Hiroshima, Ehime, Okayama, Yamaguchi, Kyoto, Gifu, Shiga, Hyogo, Kochi and Fukuoka prefectures.

According to the Fire and Disaster Management Agency, around 6,700 people remain in shelters.

Up to 5.9 million people were ordered to leave their homes in 19 prefectures due to landslides and flooding.

Meanwhile, according to the newspaper, municipal workers have been laboring to restore water to flood-hit areas, as temperatures rise above 30 degrees.

KATHMANDU, Aug 13: The death toll from floods and landslides triggered by incessant rains since Friday has risen to 80,... Read More...