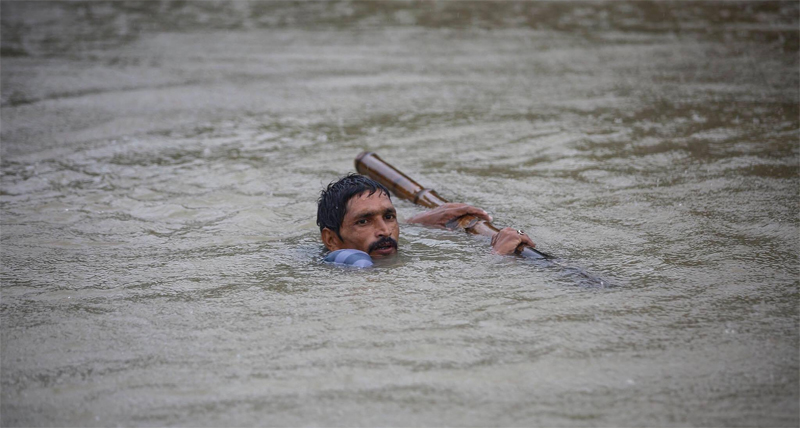 KATHMANDU, Aug 13: The death toll from floods and landslides triggered by incessant rains since Friday has risen to 80, according to the latest data issued by the Nepal Police whereas at least 36 people remain missing in various districts.

Heavy rains that started four days ago have created chaos in the eastern, central and western regions of the country that left at least 25 injured. According to the latest updates issued by police, at least 2847 houses are damaged and 48,316 houses remain submerged in the flood water.

The flashfloods and landslides have affected thousands of families. As many as 21, 465 families are now confirmed displaced due to the natural calamities.

The government has not been able to dispatch necessary assistance and relief materials to the affected families due to the challenging weather condition. Several districts in the western Tarai have been witnessing continuous rains.

RAUTAHAT, Aug 26: The death toll in the Trishuli bus plunge has reahed 21 as one more  injured breathed his... Read More...

Efforts being made to bring the RSP back in govt: Minister Sharma
38 minutes ago