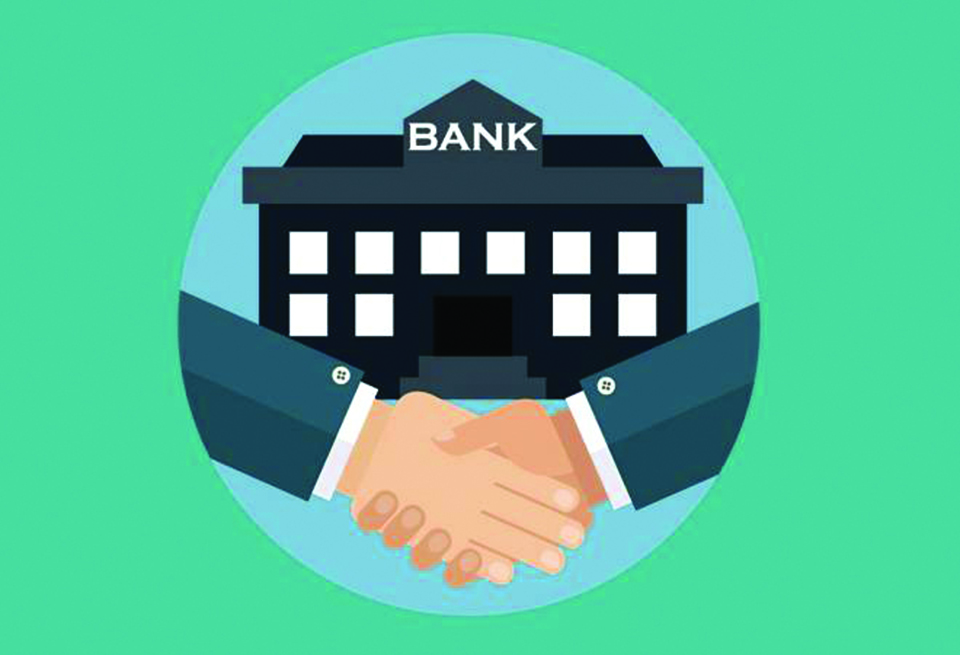 The author is a Senior Vice President at Global Banking- Citibank, US.
news@myrepublica.com

As regulatory sentiments have seen an uptick in favor of a possible forced merger, public policy debate about positive and negative potentials has increased in closed circles. To begin with, the idea of forcing anything down the throat of a free willing business is undemocratic, dictatorial and against the principles of a market economy. Some theorists believe that the cost of market distortion, loss of central bank’s credibility and other potential catastrophes on banking system that forced merger could bring is outweighed by the efficiency gains.  However, no practical evidence of such dramatic efficiency gains has ever been experienced.

Forced bank mergers which are results of direct government intervention are extremely rare. Some form of government intervention has been seen in Spain, Norway, Sweden Mexico and US in the 20th century. None went all the way to a force merger except Malaysian bank forced merger experience. Research on Malaysian forced merger experience suggests that while voluntary mergers, which are not shoved down the throat dictatorially by a regulator, unlock synergies, forced mergers destroy aggregate economic value in the system. Researches suggest that forced bank merger is often linked to cronyism where inefficient pricing is forced to market via unfair regulatory pressure. Acquiring banks benefitted at the expense of acquired banks. Like any market distortion created by a politically motivated regulator, forced merger would benefit very few politically connected banks at the expense of economic value of aggregate banking financial system.

Central Bank of Malaysia consolidated 54 domestic deposit taking institutions into ten large-capitalized banks. This was done in the aftermath of Asian Financial Crisis. A bank with high credit risk and likely to fail was forcefully merged with a healthy bank. Regulatory hypothesis was that forced merger would improve efficiency and reduce risk of bad loan-ridden Malaysian bank. However, researches show that political connectedness rather than efficiency ratio was a dominant factor determining acquiring banks. Banks connected to Daim Zainuddin (Finance Minister who created acquirer bank scheme) and Mahathir Mohammad (Prime Minister) were treated favorably to benefit from the forced merger scheme.

A post-merger research shows that apart from two banks (Hong Leong Bank and May Bank), none of the banks have shown significant increase in profit or cost efficiency. The research further stresses that Malaysian banks have overall achieved an aggregate cost efficiency level of 73.3 percent (a 26.7 percent waste). Likewise, aggregate profit efficiency stands at 48.4 percent (a profit waste of 51.6 percent).

Mergers that occur willfully, brought about by market forces, unlock synergies and have intrinsic benefits of economies of scale and efficiency, creating naturally stable, healthy and efficient big banks. However, Malaysian experience shows that forced mergers are more likely to fail.

Global Financial Crisis of 2008 shows that monstrous and inefficient banks that are too big to fail will need to be protected against failure by spending huge amount of tax payers’ money in the event of infection. The cost of a forced merger that needs to be borne by public probably can be justified in times when bad loan crisis and credit infection is rampant in the banking system.

Nepali banking system does not have a problem of a rampant credit crisis. In absence of any evidence suggesting improved bank efficiency via forced merger, moving towards a regulatory driven forced merger will be dangerous and detrimental to stability of banking system. Decrease in number of banks to regulate will definitely decrease the work load of the central bank, but it will come with a huge potential risk to tax payers.

Forced merger is a failed medieval type regulatory strategy that a credible central bank should stay away from. Mandate of government and central bank is not to bring intervening policies distorting the markets but to bring policies encouraging market efficiency. A better regulatory strategy to reduce the number of banking institutions would be propagated via requirements on efficiency ratio, tax incentives and requirements on loan book quality. Regulators must first explore and exhaust potential ways to allow natural mergers and acquisitions before introducing the slow poison pill of forced merger within any banking system.

The author is a Senior Vice President at Global Banking- Citibank, US. Views are personal