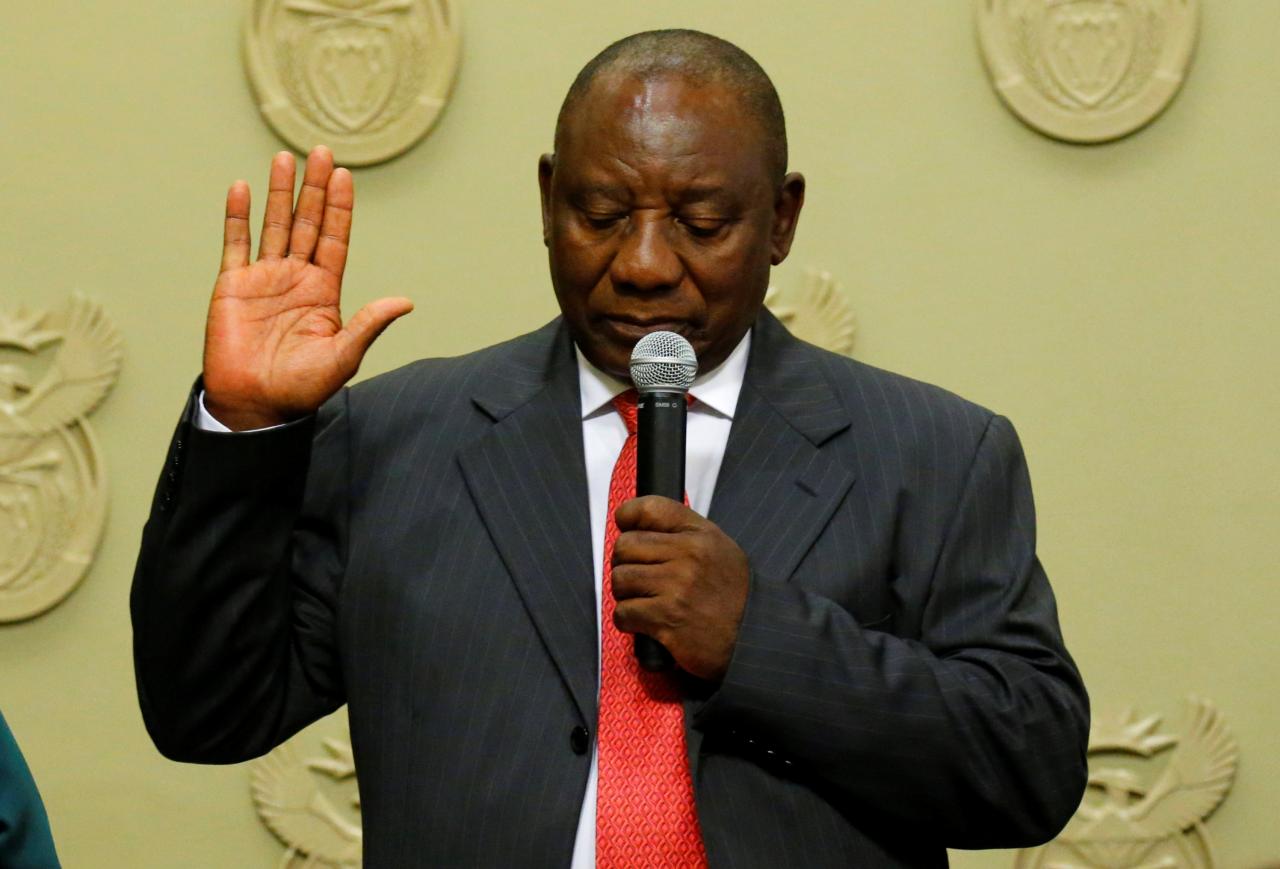 SOUTH AFRICA, Feb 16: Ramaphosa will remain president until next year's national elections, when he is expected to run as the ANC's candidate - and likely win. He has said he intends to regain the trust of South Africans whose faith in politics was shaken during Zuma's term.

During the last municipal elections in 2016, the ANC suffered a shocking loss in some of its former strongholds, which some analysts said could portend an impending loss in a national election, unimaginable only a decade earlier.

In a statement after his inauguration, the ANC began encouraging Ramaphosa to begin implementing economic reforms - including a controversial policy of forcibly redistributing land, which economists have said could backfire.

"The African National Congress has full confidence in President Ramaphosa to build on the foundation laid and focus the country on accelerating our program of fundamental and radical socio-economic transformation," the statement said. "This will include giving effect to the ANC resolutions to accelerate land redistribution through among other mechanisms, the expropriation of land without compensation."
For many, Zuma's resignation was a much-needed affirmation that after a bruising few years, South Africa's young democracy was still intact. After calling foul on the Zuma administration time and again, the nation's tenacious press, civil society, and legal institutions finally pushed the hand of the ruling party to self-correct.

NAC to fly to 10 domestic destinations
2 hours ago