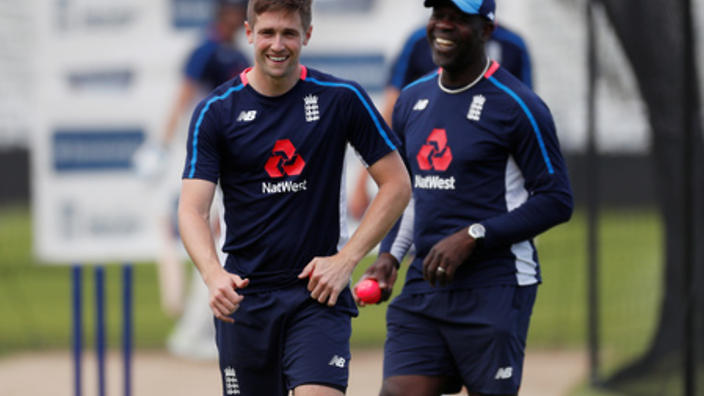 Barbadian Gibson, who played two tests for West Indies, was widely expected to replace Russell Domingo when the latter’s contract ends next month and has been handed the reins of the national side in all three formats through to the end of the 2019 Cricket World Cup.

“His playing and coaching credentials are impressive and that will place the Proteas in good hands as we move towards a big home summer with both India and Australia visiting us,” Cricket South Africa CEO Haroon Lorgat said in a statement.

“Having spent a great part of his playing career in South Africa, Ottis is familiar with our country and that should help him to settle in quickly with our national team.”

Gibson, who has been with England in his current role since 2015, will leave after the conclusion of the test series against West Indies next month.

The search for a new bowling coach can now begin in earnest ahead of the five-test Ashes series against Australia that starts in Brisbane on Nov. 23.

Gibson’s first assignment with South Africa will be a two-test home series with Bangladesh that begins in late September, with incoming tours from India and Australia in the New Year.

“I am delighted to embark on this new chapter in my coaching career and I would like to thank Cricket South Africa for giving me this opportunity and the England and Wales Cricket Board (ECB) for their understanding of my position,” Gibson said.

“I have spent a number of happy times in South Africa as a player and I am now looking forward to return as a coach.”

Former all-rounder Gibson, 48, was previously head coach of West Indies between 2010 and 2014 before returning for a second spell as bowling coach for England.

His time in the Caribbean is largely viewed as a disappointing one, though he did lead the side to the Twenty20 global title in 2012.

England head coach Trevor Bayliss praised Gibson’s contribution to his side and said that he will be missed ahead of the Ashes.

”Ottis has played a vital role in our progress over the past few years,“ Bayliss said in a statement. ”His knowledge of the international game and the way he has supported all our bowlers in their development has been immeasurable.

“He will no doubt relish the challenge of becoming a head coach once again and coupled with his strong affinity with South African cricket, he will look to take them forward.”