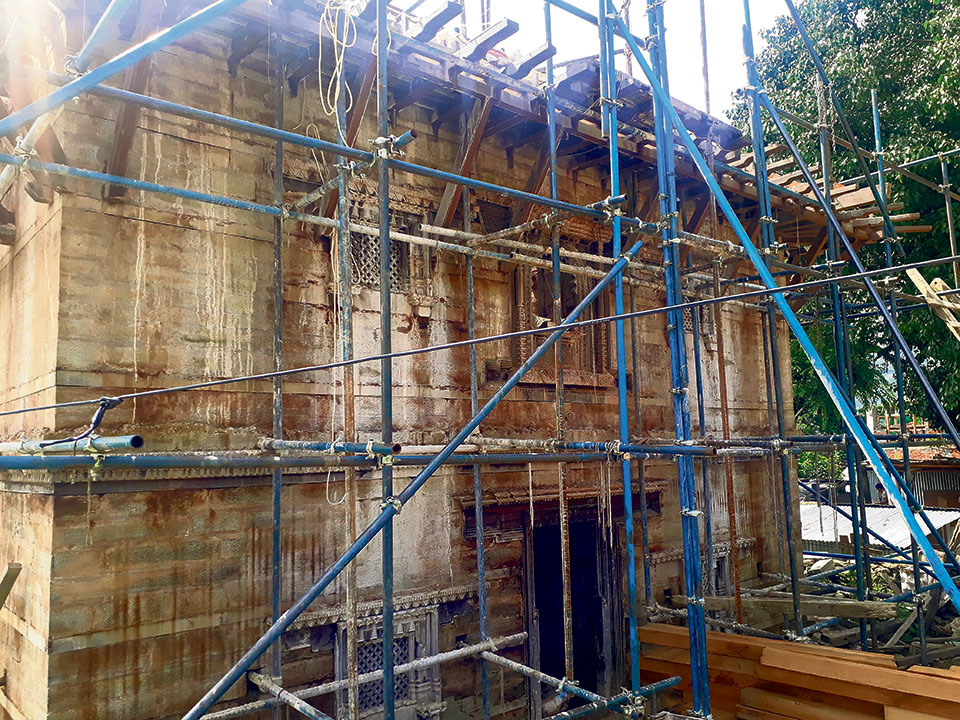 DOLAKHA, Sept 29: Ancient temples, stupas and heritage sites were the life of Dolakha bazaar until a few years ago. All those antiquities crumbled into pieces all at once when the magnitude 7.8 earthquake hit the country on April 25, 2015. Amid the chaos of people, the heritage sites never got proper attention.

It was urgent to erect houses for the survivors and manage their living. The government showed a very clumsy approach toward other damages. Dolakha bazaar lost its charm.

Now, three years down the line, something remarkable is happening. The heritages are being repaired. The ancient history of the place seems to make a comeback. The reconstruction has started.

Some of the temples have already been repaired. Some others have been replaced. No more rubbles are seen anywhere.

According to the government authorities, the lack of budget was the reason behind the slow reconstruction. Some important heritages are still awaiting attention.

According to the Department of Archeology, some of the artifacts are over a century old. More than three dozens of artifacts collapsed in the earthquake, while there are over 50 artifacts in the district. If the Malla era houses are also counted, many of which are possessed privately now, there must be over 100 ancient heritages. According to the department officials, it is important to conserve the entire town. Loss of even a part of it would be a huge loss of ancient heritage.

The renowned Bhimeshwar temple also crumbled during the earthquake. Many other old houses, temples and structures had turned to debris.

The Swiss government has shown quite an interest in reconstructing the heritage sites. The government, which has been investing in Dolakha for the past eight years, has extended exclusive support to two popular temples - Taleju Bhawani and Tripura Sundari. According to sources, the government has already spent Rs 70 million in order to repair those temples. The two temples are regarded very highly by the Hindus.

“The Swiss government is investing for this. The temples are being rebuilt in the same old style,” said an engineer with the department, Sujan Budathoki. “These were built in a very special way. So, we have to be very careful,” he added.

According to him, the windows and doors would be exactly as before. “The upper part has already been built. Now we are working on the lower part. There are special stones used. The cutting needs very skilled workers. We are taking care of everything,” he said. He added that stones have been brought from India for a certain portion of the two temples.

“Some types of stones were not available here. So we had to bring them from India,” Budhathoki said. “Similarly, the doors and windows were designed very uniquely. We are replacing them in exactly the same way,” he added.

Budhathoki stated that the temples would be readied for visitors very soon.

The store rooms of the temples are also under construction. And the department itself has invested for them.

According to Budhathoki, the department has released Rs 25 million for the store rooms. “They are also going to look like the original ones. It would reflect the beauty of the Malla-era structures,” he said. The provincial government has also allocated budget for the reconstruction of heritage sites.

The ‘Taksar House’ near Swayambhunath market is now under construction with the budget released by the provincial government. According to Budhathoki, Rs 5 million has been released for this work.

Even though reconstruction is going on, there is still a lack of budget. According to Budhathoki, there are many structures that need attention while only a few have got due attention.

“There are hundreds of structures needing repair or replacement. But only a few have fallen in the eye of the stakeholders,” said Budhathoki. “To bring this town back to life, much more investment is needed,” he added.

According to Birajman Shrestha, ward member of Bhimeshwar Municipality - 2, there has been minimal investment for reconstruction of heritage sites. He criticized the central and provincial governments of being negligent toward precious cultural and historical sites.

“Though reconstruction of heritage sites has started, it is not satisfactory. Heritages are our identity, we should love and protect them. But there has been very less investment in the reconstruction,” he said. “As a result, reconstruction is taking place at snail’s pace,” he added. 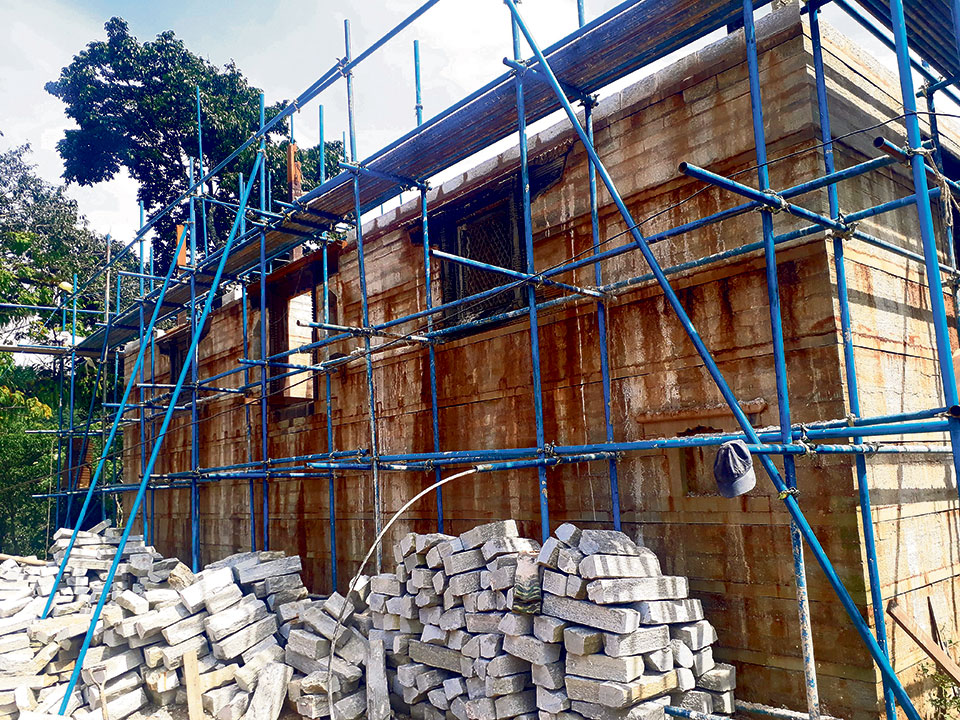