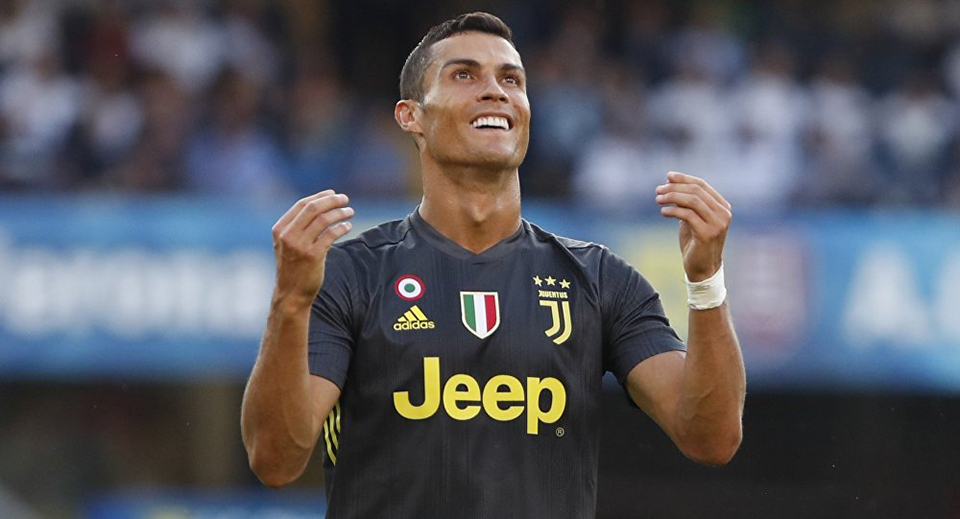 TURIN, Aug 22: Juventus newcomer Cristiano Ronaldo failed to score in his Serie A debut on Sunday, reigniting an online debate as his eternal rival Lionel Messi produced a blistering performance in La Liga the same day.

Despite his goalless debut, his team still beat Chievo 3-2 with a stoppage-time winner from Bernardesci. The five-time Champions League winner can boast a 7.5 on football statistics website WhoScored, while his eternal rival, Barcelona's No.10 Lionel Messi was rated 10.0 after netting two goals in his side's 3-0 defeat of Alaves.

Ronaldo and Messi's fans took to Twitter to add fuel to the eternal debate of who is the better footballer.

Some argue that Ronaldo's goal-scoring ability has declined without his former Real Madrid teammates.

This summer, Cristiano Ronaldo moved to Serie A champion Juventus as part of a £105 million deal, ending his 9-year spell at Real Madrid. He netted a staggering 311 goals in 292 appearances for the Spanish football giant, becoming the club's all-time top goalscorer and picking up the Champions League trophy four times.

BARCELONA, June 30: Barcelona have reached an agreement to sell Brazil midfielder Arthur Melo to Juventus for a fee of 72... Read More...

Key Clasico battles where the match might be won

MADRID, Oct 26: For the first time since 2007, arguably the biggest game in club football will not feature either... Read More...