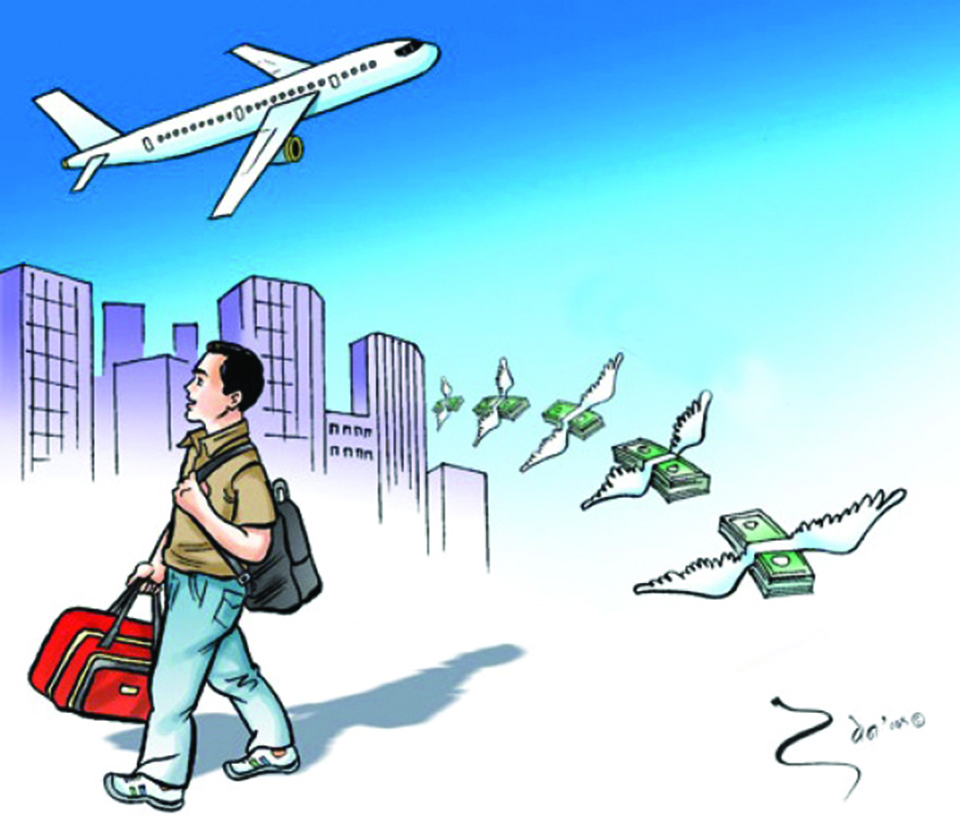 Myths often originate from words-of-mouth and get handed down from generations to generations. Most of the times, myths are unreal. Reality, on the other hand, always measures observation objectively. This article mainly concentrates on defining remittance and its impact on Nepali economy through myths vs reality lens.  We are taught that remittance can harness prosperity, contributes to family happiness and leads to long-term investments. Remittance is embedded in our psyche in such way that we think it alleviates poverty and ultimately brings prosperity to the country.

Much of the labour migration, before restoration of democracy in 1990, was concentrated to India. Suddenly new destinations emerged with the intensification of globalizing dynamics and the boom in the oil industry that started in the Middle East in the 1970s.

The economic liberalization coupled with the establishment of democracy in 1990 transformed the country’s economy into a liberal market economy that resulted in out-migration for labor. Since then labor migration to other countries has become one of the ways of earning money for Nepalis. According to the report of Department of Foreign Employment (DoFE), Malaysia is the most attractive destination for Nepalis (40.9 percent) followed by Saudi Arabia (22.9 percent), Qatar (20.3 percent), United Arab Emirates (11.2 percent) and Kuwait (2.1 percent) between 2008 and 2015.

According to Department of Customs’ annual trade statistics of the fiscal year 2017/18, the country imported goods worth NRs 1,243.29 billion against exports worth NRs 81.19 billion, resulting in trade deficit of NRs 1,162.10 billion.

According to World Economic Forum (WEF), there is no single remittance success story despite the fact that many developing countries receive a large amount of remittance. We have not been able to prove WEF claim wrong.  In Nepal, remittance and labor migration have fair share of its tolls—family breakdown, divorce and death of migrants in destination country to name a few.

Besides, Nepal is losing potential human resources required for local development as labor migrants mostly belong to the age group of 20-44. This will cause serious developmental challenges in the long run. Remittance has also nurtured the culture of policy laxity among the policymakers, as they feel less concerned to address the policy weaknesses, leading to poor investment climate and low investment.

This phenomenon fuels low job creation and again encourages out-migration by creating a vicious cycle. This is what is happening in Nepal now.  Scarcity of skilled human resources is going to affect the labor market.

The bad thing about remittance is that it creates a culture of dependency among of migrants’ family members. Evidence shows that remittance-receiving families indulge in more lavish lifestyle and do not take up income generating activities.

That said, it is also true that remittance can facilitate economic growth if we stabilize consumption and create favourable conditions for economic growth. For that, we need to able to encourage the migrant returnees to use their skills and ideas at home. We need to formulate effective policies and programs to encourage remittance-receiving households to invest the money in productive sectors.

If we can create an entrepreneurial culture in Nepal for the age group  between 20 and 44 migrant workers, they will be motivated to come back, invest and work in Nepal.