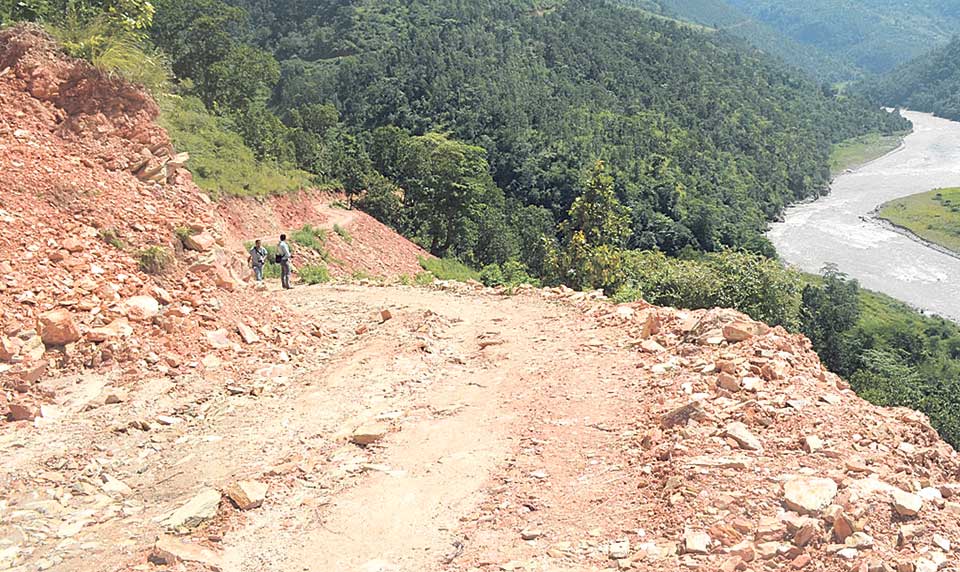 The process of awarding contract for a double-lane road between Ganesh Chowk of Panchthar and Chatara of Sunsari is in the final leg, according to Pushpalal Mid-Hills Highway Project Office which is implementing the project.

According to the office, contractor for five out of seven packages of the road project has been selected. The office has already notified the selected contractors about the decision, asking them to come and sign project agreement. Similarly, it is in the process of selecting contractors for the remaining two packages.

Though the estimated cost of the project is Rs 7 billion, it is expected to come down to around Rs 5 billion as contractors have quoted lower price to get the contract.

Koshi Corridor is considered the shortest routes for people of Panchthar, Taplejung, Terhathum and Dhankuta to go to the capital city or markets in the southern plains of the country. According to the contract provisions, the project has to be completed within 30 months.

“The existing road is too long and winding as we had a compulsion to take the road through towns, villages and settlements. This new road, which moves along the riverbanks, will be shorter,” Kuber Nepali, chief of North-South Highway Division Office, said. “It will be the shortest road for people of eastern hills to travel to Dharan, Biratnagar and Itahari as well as Kathmandu.” He further added that graveled road will be ready within two years.

The section between Mulghat and Subhang Khola falls under Koshi Corridor which is being to develop a trade route between eastern Nepal and Tibet Autonomous Region of China.

The Chatara-Mulghat section of the road is 35 kilometers; while the section between Mulghat and Ganesh Chowk is 112 kilometers, according to the project office.

According to the contract document, the contractor will have to hand over the graveled road ready for blacktopping, to the project office. The road will have five motorable bridges.

As the project office has allocated substantial budget for the project, locals are hopeful that the project will be completed within the stipulated time. Once the road is built, Kathmandu will be only around 450 kilometers away from the eastern hilly districts.

DOLAKHA, Dec 9: Following pressure from all stakeholders of the Lamosanghu-Jiri road improvement project, the contractors for the project did... Read More...