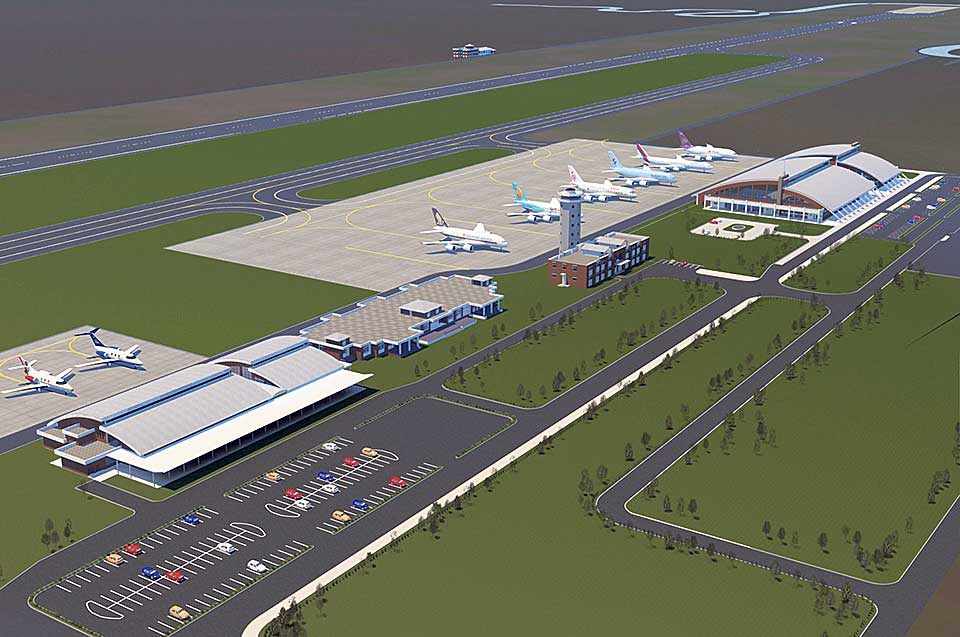 The contractor, Northwest Civil Aviation Airport Construction of China, has sought permission to hire an additional 100 workers, according to Om Sharma, chief of the project.

According to Civil Aviation Authority of Nepal (CAAN), around 150 workers are working at the construction site at present. The number of workers was 200 earlier, officials of CAAN said.

Speaking with Republica, Birendra Prasad Shrestha, the spokesperson for CAAN, said that the number of workers has dropped with the beginning of 2018. “Laborers don’t prefer to work in tarai during cold season,” added Shrestha.

Construction work of the national pride project in Bhairahawa district commenced on June 15, 2015, setting project completion deadline of December 2017. However, the project is way behind its work schedule.

Sharma said that the project has been seeing fluctuation in the number of workers from the very beginning. “Few days ago, they approached us with a proposal to add 100 workers. We have approved their request as we want to see the project completed soon,” he added.

According to Sharma, the contractor has assured him to mobilize the additional workers in the project site within two to four days.

“Only 29 percent of work has been completed so far,” CAAN Spokesperson Shrestha said. “That is why we think that the airport will come into operation only by early 2019.”

Shrestha said that project work was affected in the first eight months of the commencement of construction works. “But work has progressed smoothly in recent months. The contractor has arranged all the construction materials as well as equipment at the project site,” he said, adding: “Work progress is satisfactory now.”

The government has extended the deadline of the project by a year till 2018, citing the 2015 earthquakes, economic blockade by India and lack of construction materials.

Assault on civil liberties
9 hours ago