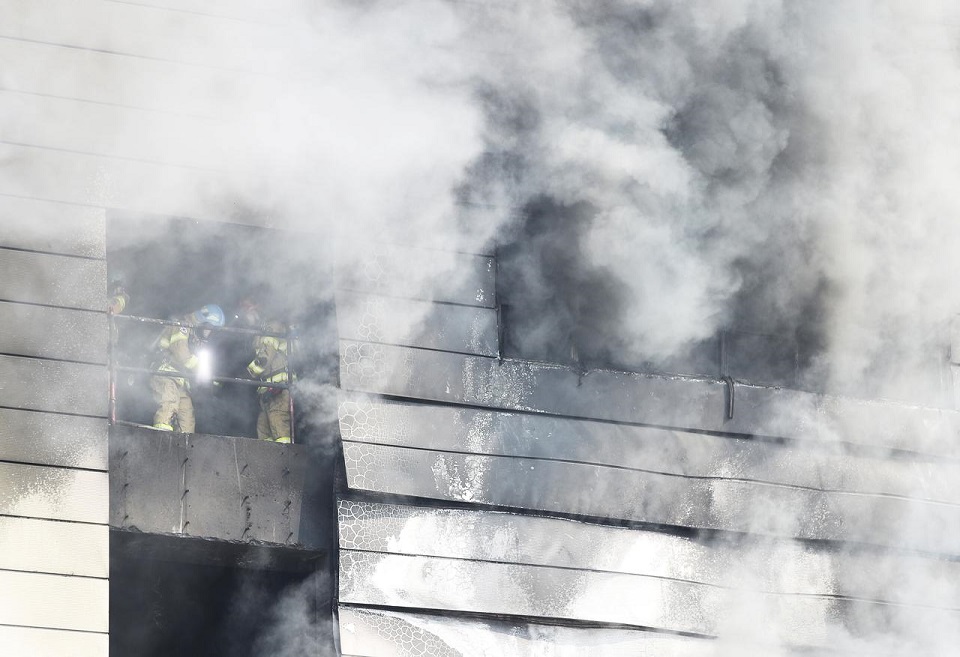 Firefighters search for survivors as smoke rises from a warehouse which is currently under construction, after it caught fire, in Icheon, South Korea, April 29, 2020. Yonhap via REUTERS

SEOUL, April 29: A fire at a construction site in South Korea killed at least 38 people and injured another 10 on Wednesday, fire authorities said.

The fire broke out when workers were building a warehouse in the city of Icheon, about 80 kilometers (50 miles) southeast of Seoul, they said.

They said, “rapid combustion” occurred while workers were working on an underground level of the warehouse, adding that they are investigating the cause of the blaze.

A total of 410 people including 335 firefighters, were mobilized to respond to the accident.

The fire was extinguished five hours after it occurred at 1:32 pm, Yonhap News Agency said.