Construction of ICP in Bhairahawa still in limbo 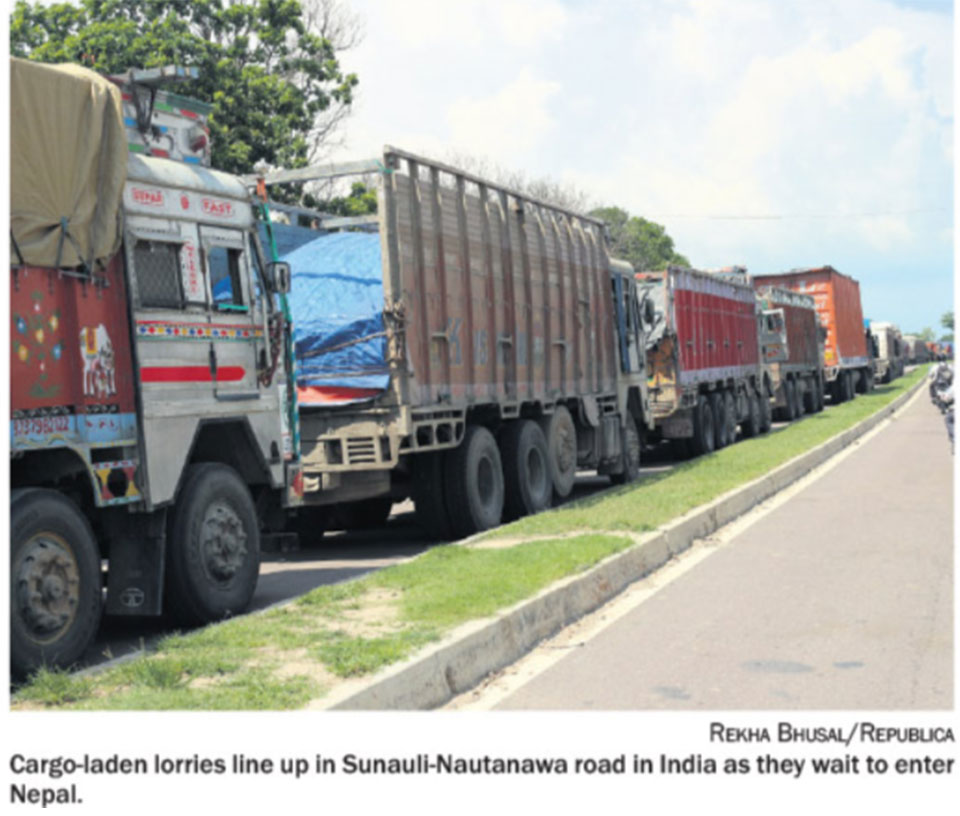 BUTWAL, Nov 9: The construction of integrated check post (ICP) has not started in Bhairahawa even though it has been over 12 years since an agreement was signed between Nepal and India in this regard.

With an aim of making export and import between the two countries easier, governments of Nepal and India had signed an agreement to construct the ICP in 2007. According to the agreement, the ICP is supposed to be constructed with technical and financial investment of Indian government after the acquisition of required land in both countries.

As per the agreement, Nepal has completed the acquisition of 52 bighas of land in Bhairahawa. Rajendra Prasad Pandey, chief of the Department of Urban Development and Building Construction, said that the acquired land had been fenced with wires and a security post building has been constructed.

Officials say that preparations have been complete in the Nepali side, but the Indian side is yet to settle the issue of land acquisition. Total 77 hectares of land of Sunauli, Maharajgunj district of the Indian state of Uttar Pradesh, and areas around Kewataliya village will be acquired for the project. Of which, 70 percent of land has been acquired, according to Indian officials.

Bhairahawa customs is the country's second commercial customs point. Hundreds of goods carrying vehicles enter Nepal through Sunauli-Belahiya border point daily. Goods worth millions are imported on daily basis. Both sides of this border point have markets. Loaded vehicles pass through a busy market of Sunauli, where, due to lack of Indian customs office, checking takes place on the road. This results in traffic jams that stretch as much as 8-10 kilometers.

Shanta Kumar Sharma, president of Customs Agents' Association said import and export trade faced several difficulties due to the delay in the construction of the ICP. He said that the transportation cost has increased as the vehicles go through hours of traffic jam on both sides and the loaded vehicles are stranded for weeks. “Detention charges have put traders in trouble. Other than that, traders are also troubled by illegal charges on both sides,” Sharma said.

The ICP will make customs, bank, plant and livestock quarantine, customs laboratory, and other necessary services available at one place. With modern service and the installation of scanner, revenue leakage will be curbed. The agreement to construct ICP at Birgunj, Biratnagar and Nepalgunj, besides Bhairahawa, was signed 12 years ago. The ICP at Birgunj has come into operation as per the agreement. The ICP at Biratnagat is under construction, whereas in Nepalgunj, the acquisition of land on both sides has been completed and the process for construction has started.

Ram Chandra Dangal, director-general of the Department of Urban Development and Building Construction, said that discussions between Nepal and India are being held from time to time and the Indian government has said that the project will start soon.

BHANDRAPUR (Jhapa), Feb 4: Although four decades have elapsed since the construction of Kankai dam in Jhapa district first made... Read More...

Deusi – Bhailo money to be used for construction of community building

BHAKTAPUR, Nov 7: The Model Settlement Society based at Gathaghar of Madhyapur Thimi Municipality is set to use the money... Read More...

DOTI, June 23: The construction of a sport stadium has begun in Doti district. ... Read More...