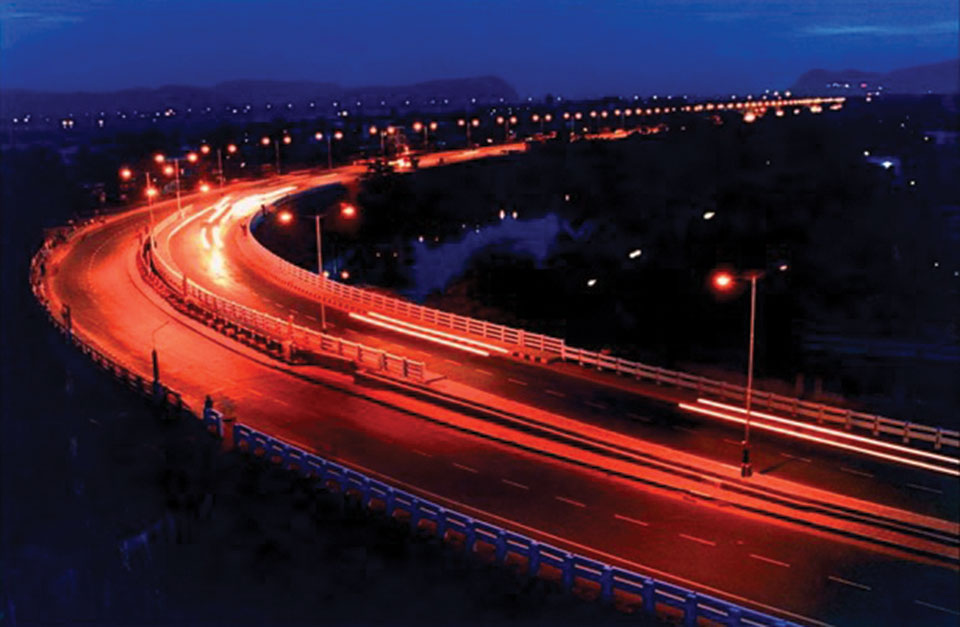 What is this frenzy for trans-border connectivity for? Who will reap the fruits of this development? Who will bear the cost?

Of late, initiatives aimed at increasing connectivity with our dear neighbor are going on in full swing. As per media reports, work is on to develop a broad-gauge rail link connecting Jayanagar of India with Janakpur of Nepal. There are also plans to connect Biratnagar with Jogbani, Jalpaiguri with Kakarbhitta, Nautanwa with Bhairawa, Nepalgunj with the bordering Indian territory and Kathmandu with Raxaul via rail links.

This much for the rail links, for now.

Clearly, increased land links do not seem to be enough for this powerful government. Preparatory works are also afoot to connect the two countries via waterways. Our ruling dispensation seems damn serious about connecting the two countries via the Koshi river system, with the prime minister showing willingness to literally ‘lift’ the Koshi barrage for the development of transnational waterways. Some study is also going on to bring ships up to Bagaha of Bihar to Dashdhunga via the Gandak river system.

Unlike in imagination, ships won’t come to Nepal without major river training works and, most probably, some regulatory structures on the lap of our young and quake-prone mountains to make the rivers navigable. Apparently, one can easily guess that shallow shipping canals will just be a small part of the whole endeavor with a huge quantum of regulated water channeled across the border for irrigation, fisheries, drinking water supply, flood control and other benefits, all for free. What benefits will Nepal reap from another murky deal is not so clear, though the ruling dispensation buoyed by almost a two-thirds majority in the Parliament is going on an overdrive to list the benefits, reminding one of the hard sale of Mahakali Treaty with the promise of a ‘dawn’ from the West. The dawn has come but across the border, at the expense of Nepal and the Nepalis, while the political leadership of the same hue and color is trying harder than ever before to sell us down the river, again, in the name of connectivity. What’s worrisome is the fact that such a deal with geostrategic implications, in these ‘revolutionary times’, does not need the stamp of approval from the Parliament.

This rush to develop cross-border transport links reminds yours truly of the Gold Rush that occurred in the United States, Australia, New Zealand, Brazil and South Africa in the 19th century, events that brought miners and other populations to indigenous heartlands with the discovery of gold deposits.

Lesson from history
History is testimony that the arrival of huge populations equipped with modern arms (and pathogens) exterminated local indigenous populations, spurring ‘development’ at their cost.

Back to our own ‘rush’ that’s getting us nowhere, to be frank. What is this frenzy for trans-border connectivity all for? Who will reap the fruits of this development and who will  bear the most of the cost, environmental or otherwise? If the past is any guide, Nepal has been at the receiving end when it comes to ‘water-sharing deals’. Our grim lessons from past deals with the dear neighbor should have taught us to not go for any unequal water deals without correction of and reparations for the losses we have incurred, whether it’s in the Koshi, Gandak and the Mahakali.

Have we, all of a sudden, invented some rare stuffs to export to a neighbor, whose bordering state is larger than our whole country? Have we found some radical way to decrease Nepal’s yawning trade deficit, which widened to Rs 569.50 billion in the first five months of the fiscal year (starting in July)?

Or have we found huge deposits of rare Earth, whose sale will make us rich overnight?  The rare Earth reminds me of Uranium deposits in the Himalayas. Are our ‘visionaries’ doing all this to ultimately mine Uranium in Upper Mustang, sell it to power-hungry countries and spur another arms race from a country that once dreamed of becoming the zone of peace? Did our visionary planners also engage in some serious discussions with foreign investors about ways to mine Uranium on a massive scale in the recent Investment Summit?

To the biggest relief of yours truly, that does not seem to be the case, at least for now. That means there’s no immediate threat to world peace from the land of the Buddhas, Lord Shiva, Rishis, Yogis and other divine/semi-divine figures. Nonetheless, from an aspiring zone of peace seeking world recognition, we have come to the phase of thinking about bringing in foreign investors for mining Uranium in the Himalayas. That’s no mean feat, that’s a paradigm shift.

Connectivity costs
Now about other threats associated with increased connectivity. With the state absent in most of its territories and cartographic aggression happening almost daily, increased connectivity with one of the world’s population giants is likely to spur demographic aggression, turning Nepali communities living in bordering territories of Nepal into minorities. Smuggling of our resources like sand, timber and boulders is likely to increase drastically, causing Nepal to foot huge environmental and other costs, making us easily forget the destruction of Sal forests in our southern plains for laying railway lines in Indian territories during the British rule.

Also, increased connectivity through the open border is likely to provide safe havens for unwanted elements harboring ill intentions against one or the other sovereign state in this extended, volatile neighborhood, accentuating national security threats to an ill-prepared country like Nepal. Already, we are hosting refugees from more than a dozen countries, thanks mainly to a border that’s open save in the north.

There are also talks of exporting hydroelectricity generated in Nepal to our southern neighbor and beyond. Here, we need no expert to suggest that utilization of hydropower within the country will be far more beneficial than its export. Hydropower will power the Nepali economy by helping it reduce the import of fossil fuel and create jobs through industrialization, among others. We have not reached that level, but there already are talks of exporting 9,000 MW to a third country via India so as to enable that country to join the club of middle-income countries. Is this all not part of a conspiracy to keep Nepal underdeveloped and at the mercy of a certain country?

At a time when even the United States, the most powerful country, is building a wall to curb the unchecked inflow of migrants through its borders, will increased connectivity not make Nepal far less secure than it is at present?

Shockingly, our political parties, our suicide goal specialists across the spectrum, show rare unity while effecting deals that harm Nepal. The country saw that rare unity in the times of the 1950’s Peace and Friendship Treaty as well as during the signing of treaties/deals on the Koshi, Gandak, Mahakali, Upper Karnali and the Arun.

Our tried and tested suicide goal specialists will continue to do what they have been doing all along unless and until we give them a free rein and help them establish Nepal as that fabled country where precious stones fetch a penny.

An ever watchful citizenry is what this country requires to defend its core interests in this era of geostrategic push and pull. Are we ready for the task? If we love our freedom, we must undergo the fatigues of supporting it, instead of having blind faith on the leadership across the political spectrum that has failed miserably in some of the most crucial junctures of this nation’s life.