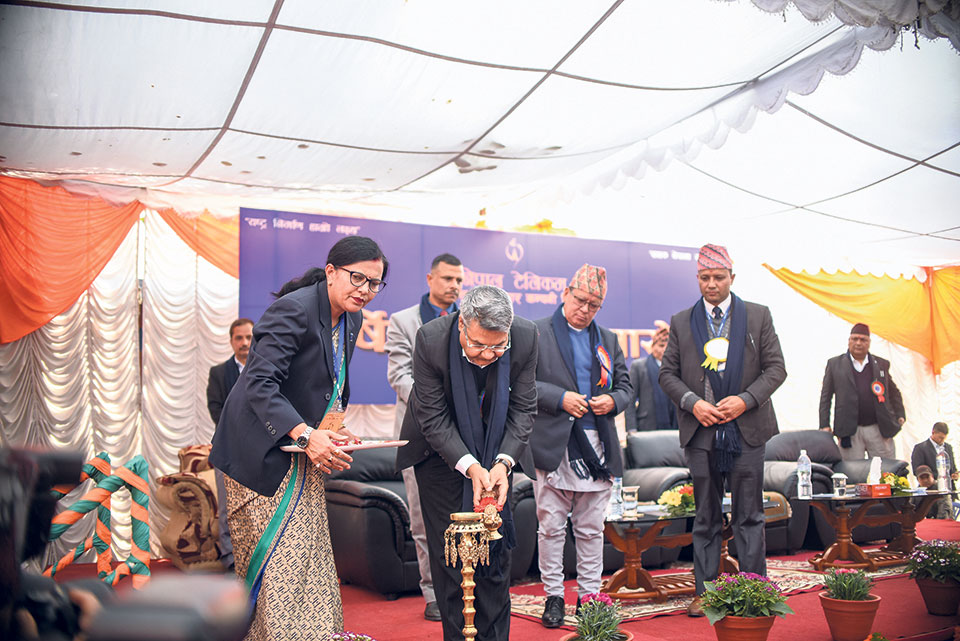 Addressing a function organized in Kathmandu on Tuesday to celebrate 15th anniversary of the state-owned telecom operator, Minister Baskota said that the NT does not need strategic partners from other countries as “they will always put their interests ahead”. “It would be better to have faith on people of the country rather than turning to others for help,” he said, arguing that a large amount of money will go outside of the country if a foreign strategic partner is inducted.

Responding to a query on whether the government would bring a strategic partner for the NT, Minister Baskota said as NT has sufficient resources and manpower, there is no need to bring foreign partners.

“I have felt that to some extent the NT is failing to mobilize its resources effectively. It is high time the NT management worked on improving service quality and generating more revenue,” he said, requesting NT officials not go be afraid of private companies.

‘4G EXPANSION SHOULD BE COMPLETED IN TIME’
Baskota also said that the NT must complete expansion of 4G LTE network across the country within the scheduled timeframe i.e. 12 months. “As the project is already delayed and the market is becoming competitive, the expansion project has to be completed within the scheduled timeframe at any cost. It is not time to lament about past. We need to think about the future,” he added.

He also asked Managing Director Dilli Adhikari to prepare a schedule of works to be done and make sure that they are complete in time.