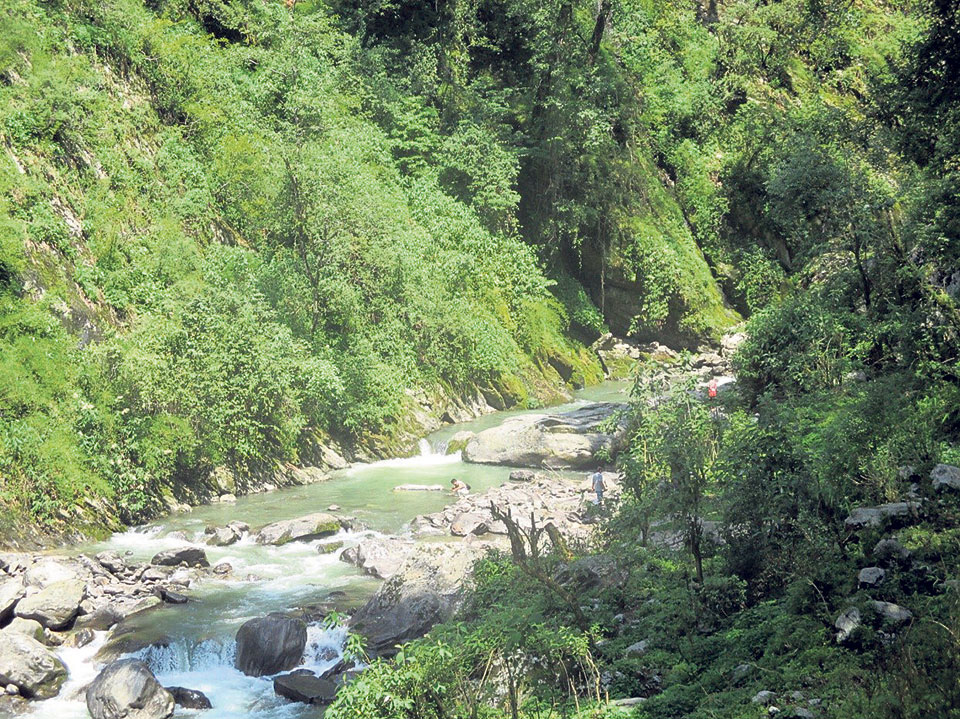 RASUWA, April 14: The construction of civil infrastructure of the Upper Mailung Hydroelectricity Project is set to begin in a month.

Road construction work for the hydropower which is to be established in Uttargata Rural Municipality-1, has reached the final stage. Project engineer Kishor Gautam stated that the road work would finish by May 13 this year. Of the total seven kilometers of the road section to be constructed leading to the construction site, five kilometers have already been built.

For smooth completion of works, supplies are to be transported before the advent of monsoon. Contractors have already been selected for the construction process. A tunnel of 1,855-km length is to be constructed for the hydro-power plant. Civil infrastructure is set to be completed within the Nepali year 2077, and electricity will be generated within a year after that, according to the project plan. The project will have a capacity of 14.3 MW.

After the completion of the project, 79.67 kilowatt-hour electricity will be produced annually. An estimated budget of Rs 2.50 billion has been finalized for the project.

Monaliya Power Limited had initially taken responsibility of the construction. Now, however, Sanima Hydro Group is in-charge of the project. A power purchase agreement was made on September 8, 2010.

The construction company had begun work with a set target for completion on July 17, 2015. However, as construction work did not begin on the planned date, Sanima Hydro Group was handed over the responsibility.

Over 1,000 cargo trucks stuck at Nepal-China border points
21 hours ago

Nepal got rid of load-shedding not only due to Ghising’s sole efforts: Minister Gyawali
6 hours ago

What will South Asia look like after the pandemic?
7 hours ago

Nepal got rid of load-shedding not only due to Ghising’s sole efforts: Minister Gyawali
6 hours ago

Govt ready to amend constitution on the basis of justification: PM Oli
10 hours ago