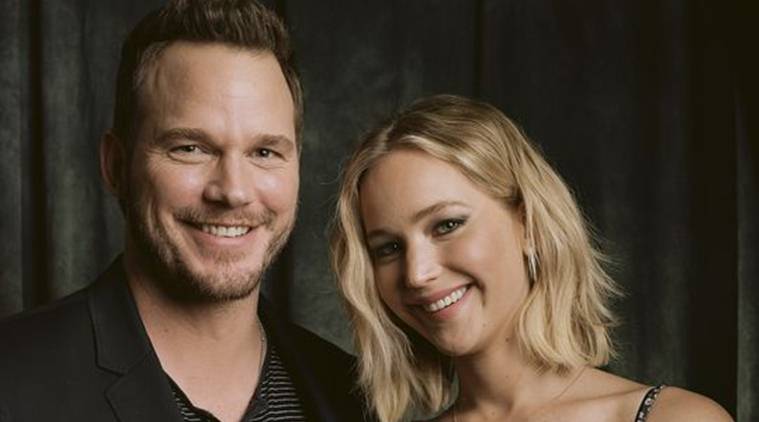 Jennifer Lawrence says she came to admire Chris Pratt’s amazing attitude while working with him on sci-fi drama Passengers. “Chris Pratt is the hardest working person on a movie including the crew, including … I mean, he is the hardest working person I’ve ever met in my life and has such an amazing attitude that I had to tell him to stop being so happy at like 4 in the morning.

I was like, no, no, you need to be grumpy,” Lawrence said about her co-star.

Passengers, which is being released in India tomorrow by Sony Pictures Entertainment, is about two strangers Jim and Aurora, who are on a 120-year journey to another planet on technologically- advanced ‘cruise-liner’ style space ship when
their hibernation pods wake them 90 years too early.

Lawrence, 26, also thinks that Pratt is a better dancer than her but she is confident that she “could get around him easier” when it came to basketball. Asked what attracted her to the story, the Oscar-winning actress says she loved the world (created in the movie).

“I loved the characters and I loved just the sheer idea of the whole thing. I thought it was so creative and interesting and I hope people will walk out of the theatre with a million different opinions and that’s what I really liked about the film is that nobody’s telling you how to fall. It’s, what would you do? It’s a conversation starter.”

NOC estimates its monthly loss at Rs 4.44 billion due to soaring oil prices in int’l market
19 hours ago
NRB auctioning off treasury bills
15 hours ago