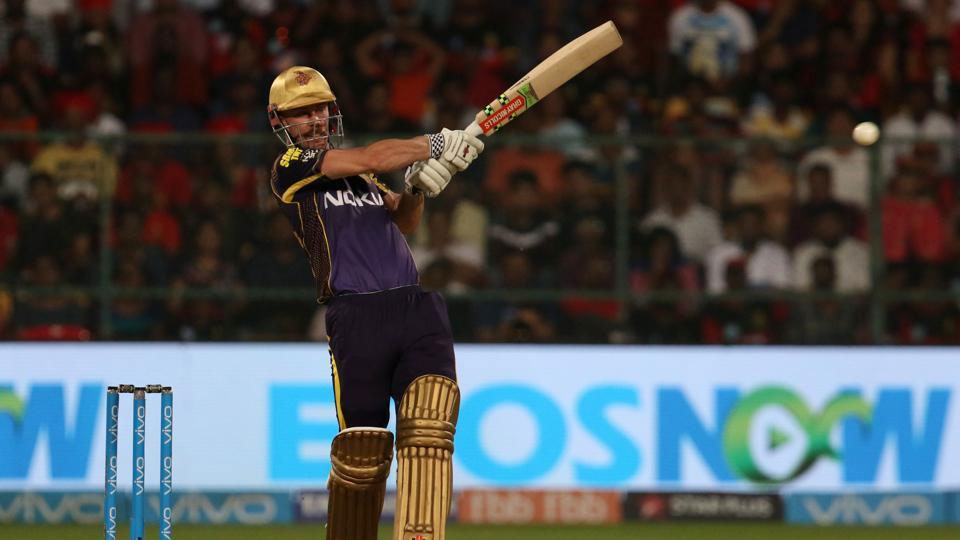 Chris Lynn of the Kolkata Knight Riders plays a shot during an Indian Premier League 2018 (IPL 2018) against Royal Challengers Bangalore at the M. Chinnaswamy Stadium in Bangalore on Sunday.(BCCI)

It pays to have attacking options in bowling and as is his wont, Royal Challengers Bangalore skipper Virat Kohli kept two leg-spinners in his playing XI against Kolkata Knight Riders on Sunday in an Indian Premier League (IPL) 2018match that they needed to win to go into the second half of the league with some significant number of wins under their belt.

However, to have two attacking leg-spinners also requires having others who can put the pressure to make the leggies’ contribution effective.

But RCB once again paid the price of poor bowling with Umesh Yadav and Mohammed Siraj being expensive allowing Kolkata Knight Riders to win by six wickets with five balls to spare after Virat Kohli had led them to a challenging 175/4 with brilliant strokeplay befitting a world class batsman.

Kohli had played a blinder, playing shots that made one breathless even though he found little support from the others. Only openers Brendon McCullum and Quinton de Kock could make significant contributions, putting 67 in eight overs. What was needed right after that was building of a strong edifice but what happened instead was a jittery trod to the eventual score, made enjoyable only by Kohli’s knock.

His opening boundary, a drive through cover off Andre Russell that rolled over the carpet to the fence, took the cake. He repeated the stroke against Mitchell Johnson and ensured that he retained the strike, not allowing a struggling Mandeep Singh any of it.

Such was the impact of his knock that when the two – Mandeep and him – had added 50, the skipper’s share was 36 and Mandeep’s just 12. He wound up the knock with straight sixes, one off Narine and another off Russell with a slight whip imparted by his wrists, then topping it all up with a pulled six off Johnson to take his team to the eventual total.

But if his knock was delightful, it was overshadowed by poor bowling and some sensible batting by Kolkata.

Chris Lynn and Sunil Narine put on 59 for the first wicket and although Murugan Ashwin provided two breakthroughs, they weren’t enough. Lynn stayed on to score his 22nd T20 fifty and the second of this IPL as Narine and then Robin Uthappa played aggressive cameo to take the game away from RCB.

Lynn scored 62 off 52 deliveries with seven boundaries and a six, an effort that won him the man of the match.