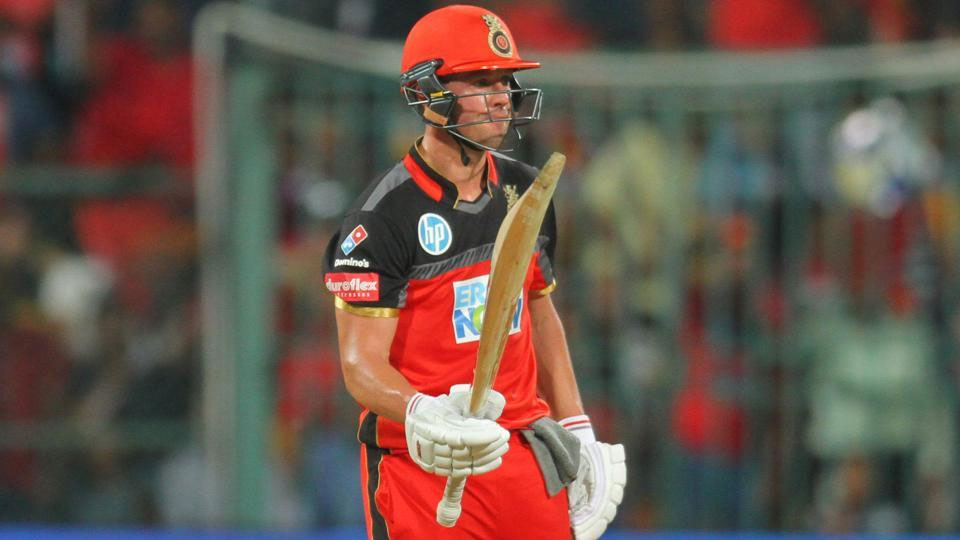 AB De Villiers hit top gear, obliging the crowd that kept chanting his name, as his unbeaten 90 off 39 balls negated Delhi Daredevils’ gains made at the mid point and sealed a four-wicket win in the Indian Premier League (IPL) at the M Chinnaswamy Stadium on Saturday.

Daredevils got to 174/5 and then plucked two early wickets, which included Quinton de Kock, before Virat Kohli’s side fought back.

RCB eventually coasted to 176/4 in 18 overs to clinch their second victory of IPL 2018. Daredevils saw the game slip away due to De Villiers’ free scoring, the South African hitting the winning four to remain 90 not out (39 b, 10x4, 5x6).

Rishabh Pant’s 48-ball 85 had helped Daredevils, stuck at the bottom of the points table, to raise a challenging total. They started slowly before stepping on the gas in the last five overs.

But for a sensational catch on the boundary by Trent Boult to get rid of Virat Kohli (30 – 26 b), it looked like the two colossal figures of international cricket would carry RCB home.

Kohli and AB de Villiers put on 63 runs off 39 deliveries, with the South African going for monstrous hits and Kohli complementing him with quick running between the wickets and well-placed boundaries.

De Villiers first swept the spinners out of his way, and then left the pace bowlers short of ideas, even hitting across the line.

Kohli had used his bowlers smartly, and pressed his lead spinner, Yuzvendra Chahal, early into the attack as he usually does. Chahal scalped two biggest fishes in the Daredevils’ camp, Jason Roy (5) and Glenn Maxwell (4).

The responsibility came on Pant, who produced some improvised strokes over the boundary. However, they proved too little in the end at the small ground.

SOUTH AFRICA, MAY 24: Former South Africa Test captain AB de Villiers said he had "run out of gas" as he... Read More...