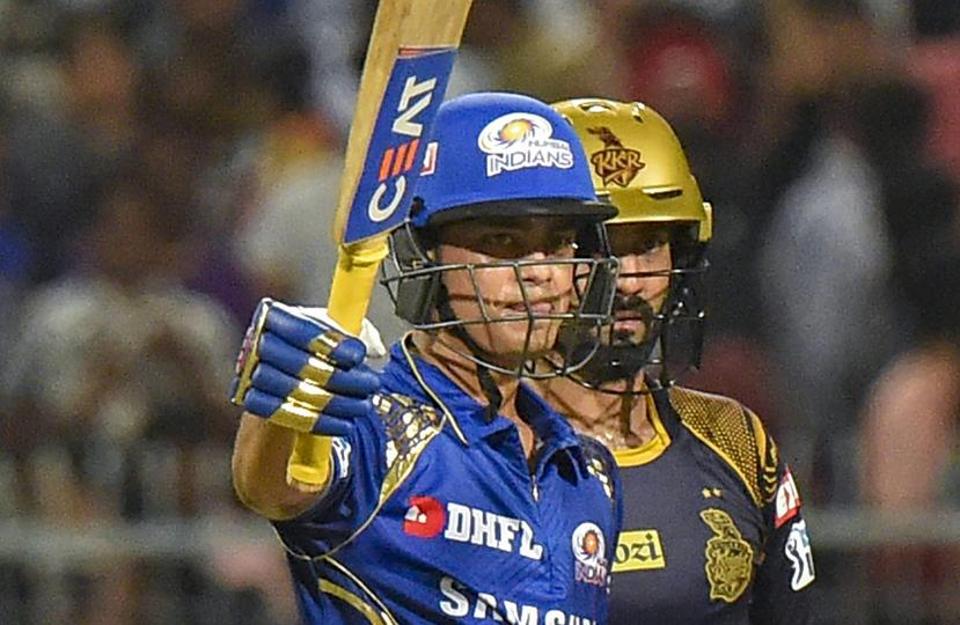 May 10: Mumbai Indians (MI) stayed on course to be the first team in IPL 2018 to do the double on Kolkata Knight Riders (KKR), showing again that no matter how poorly they start the season, they usually course-correct at the business end.

The holders set a target of 211, and KKR, reduced to 93/8 in 13.5 overs, were dismissed for 108 in 18.1 overs. KKR’s reply unravelled early with Sunil Narine gone off the innings’ second ball and Chris Lynn off the fourth over’s last ball. Lynn and Dinesh Karthik’s run outs summed up how an evening that looked promising with KKR restricting MI to 72/2 after 10 overs went into a tailspin as night descended on Eden Gardens. Mumbai Indians won by 102 runs.

T20 is tuned to providing excitement every ball but occasionally it throws up ridiculously one-sided games. MI’s eighth successive victory against KKR was one such and it happened with Shah Rukh Khan in the house.

So, as MI motor along nicely having won their third straight tie, KKR now have everything to do on the home stretch, including repairing the nett run rate.

And that happened because Ishan Kishan played a blinder; his 21-ball 62 giving this game such a shake-up that all MI had to do was play sensibly thereon.

The 19-year-old wicket-keeper from Jharkhand hit five fours and six sixes, four of them coming off successive Kuldeep Yadav deliveries. En route, Kishan got to a 17-ball half-century, the joint-second fastest of this competition. Yadav leaked 25 runs in that over, the innings’ 14th. Piyush Chawla took three wickets but conceded 22 off the 20th over and those two overs killed the match as a contest.

The stage for that was set by Kishan and Rohit Sharma. From the 10th to the 15th overs, MI made 73 runs. Making good use of the crease, Kishan was brutal on KKR’s bowling. He reverse-swept Chawla for a boundary and in that over hit two more fours, a conventional sweep and a short-arm pull. By the time he went, Kishan and Rohit Sharma had added 82 for the third wicket in 34 balls.

It set the platform for a final blitz from MI, who made 65 in the last five overs with Ben Cutting hitting a nine-ball 24. Rohit made a quiet 36 making the most of two lives, on eight and 10; first by Kuldeep Yadav and then Nitish Rana. Kuldeep had earlier dropped Evin Lewis. KKR had blundered big time in Delhi, but this definitely was their worst night of the season.

NEW DELHI, April 28: The 'Bombay school of batting' is something most in Indian cricket circles would swear by to... Read More...

Fresh mandate a must for peace, stability and development: Prez Bhandari
17 hours ago

Schools in Humla to reopen from Jan 28
3 hours ago

Petrol, diesel and kerosene prices up by 2 rupees
3 hours ago
Time card introduced for tippers to minimize road accidents
3 hours ago