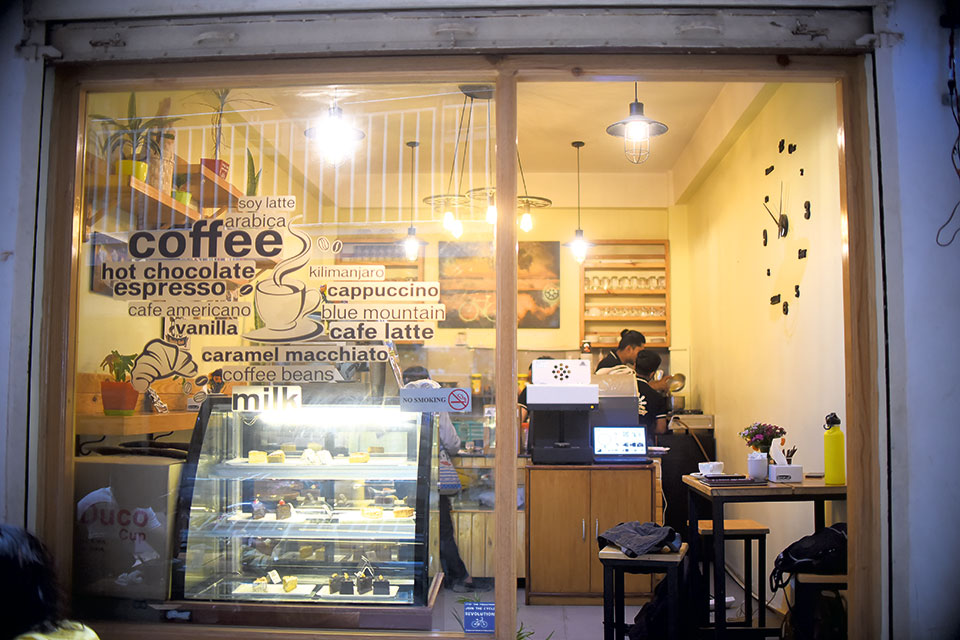 Hemraj Dangal admits he loves chocolates a little more than the average person. He calls chocolate his biggest guilty pleasure and it was because he liked chocolate so much that he got the idea of opening a business that would involve this love of his. He discussed this idea with two of his MBA classmates, Prashant Sharma and Kiran Acharya, and the three of them started prepping for the launch of Chocolate Wheels right away.

Chocolate Wheels is an eatery in Boudha, Kathmandu that specializes in chocolate-based drinks, desserts, and sweets. It was launched in September 2018 and has already been getting a steady flow of customers who visit the eatery to try out the delicious and inventive food they put out. Their menu includes varieties of hot chocolate, waffles, pastries, coffee, and fondue among other sweet things.

According to Dangal, it took him and the other two founders a full year to develop the concept and working mechanism of Chocolate Wheels. He mentions that even though he had been previously working at a hotel and had the know-hows of the business and all three founders are business majors, none of them really knew what went on behind the scenes at a chocolate-based cafe.

“The three of us traveled to Varanasi and Kolkata in India to do an in-depth study on how chocolate dessert cafes are run. We also researched on how Chocolate Room operates since that is a business that had a concept similar to what we are trying out with Chocolate Wheels,” explains Dangal.

After coming back to Nepal, Dangal, Sharma, and Acharya also did elaborate researched on the internet about other things they needed to know before finally launching their cafe. Dangal mentions that even developing and finalizing their menu took them around two whole months. He states that the Chocolate Wheels team had to go through a lot of trial-and-error before deciding on the items they wanted to include in their menu.

A problem they faced even before the launch of Chocolate Wheels was getting the right space for it. Dangal reveals that initially the Chocolate Wheels team had been vying for a space at any popular mall in Kathmandu because their target customers would frequent those places. But they quickly realized that they wouldn’t really get a space at any of the malls around the valley. The malls already had coffee shops on their premises and their business would clash with that.

During their search for a suitable space for Chocolate Wheels, they came across their current space and decided it was good enough since Boudha gets a heavy footfall of both locals and expats. Although they had been getting good reviews and had managed to gather many customers since their launch, Dangal claims that it’s only after food bloggers started posting reviews about Chocolate Wheels on Instagram that the cafe was able to get a bigger market influence.

Playing up their current budding social media hype, Chocolate Wheels introduced their selfieccino (Rs 350) about two months ago. It’s a regular cup of cappuccino with a picture of the customer’s selfie printed on top of the foam. Dangal states that the Chocolate Wheels team decided to order a Cino Printer Coffee machine after they found out about selfieccino’s popularity in the East Asian countries. “We thought it would give our café a much-needed edge. I’m guessing a lot of other cafes and eateries in Kathmandu will order this machine too in the upcoming months since it’s something people seem to like,” he says. The machine uses edible food coloring to print pictures on top of the foam.

Dangal reveals that a lot of customers visit the cafe daily just to get a cup of this drink. We opted to get a cup with the logo of the cafe printed on it because drinking something with our faces on it didn’t settle well with us. Since the cappuccino art looked a little too perfect and we didn’t want to mess it up, we decided to wait for a while to let the foam disintegrate by itself before sipping on it.

We also tasted the Chocolate and Ice Cream Waffles (Rs 600) and the Fondue Pot (Rs 700) when we visited their outlet. The Chocolate and Ice Cream Waffles is a very filling dessert that is made up of a banana waffle sandwich topped with two scoops of ice cream, chocolate syrup, colorful toffees, pomegranate seeds, strawberries, and sprinklers. The Fondue Pot is also a shareable dessert. You get served a pot of rich melted chocolate in a wine glass with two bowls – one filled with chocolate sweets and marshmallows, and the other with pieces of strawberry, kiwi, and banana. You dip the contents of the bowl into the chocolate fondue (one at a time) before eating it. It was heavenly. 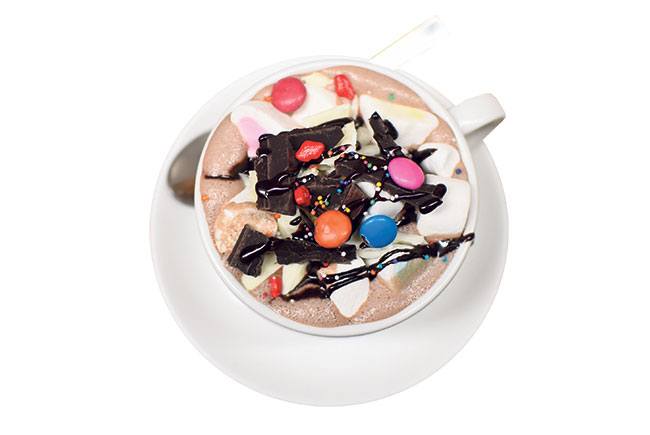 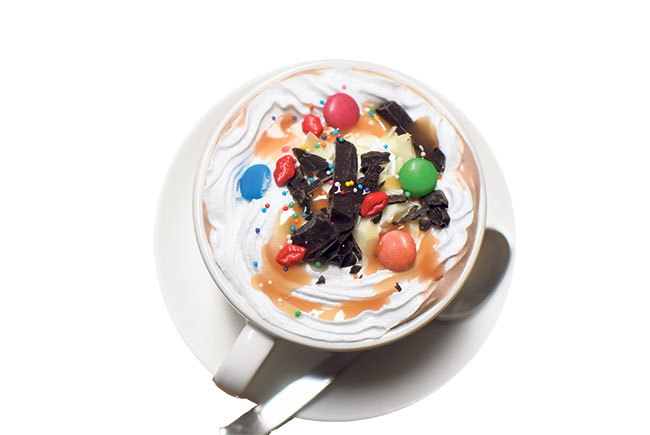 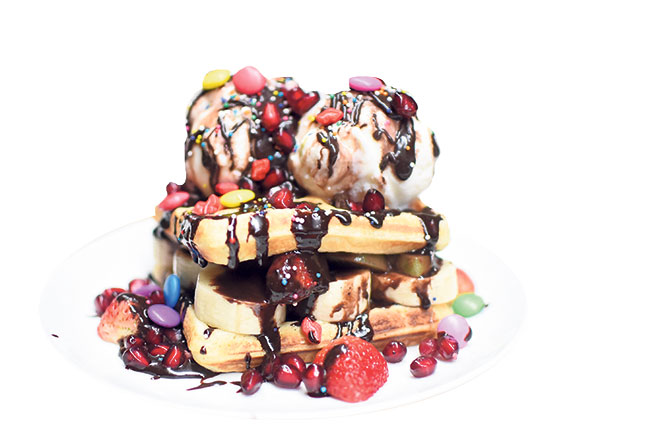 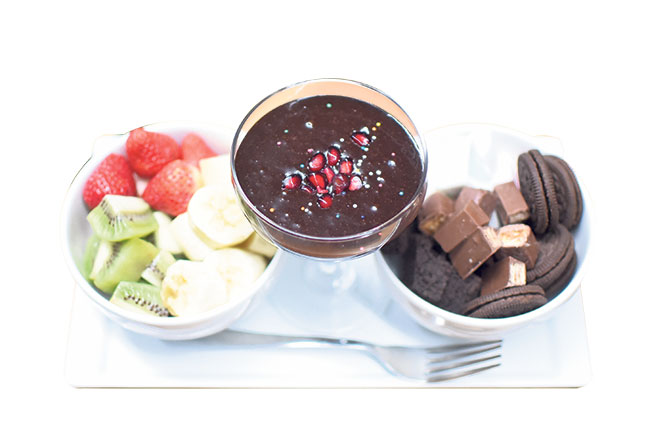 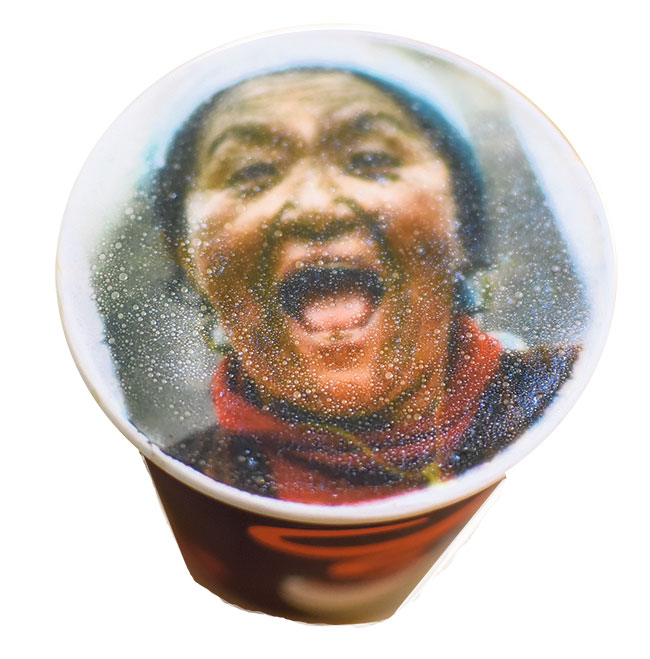 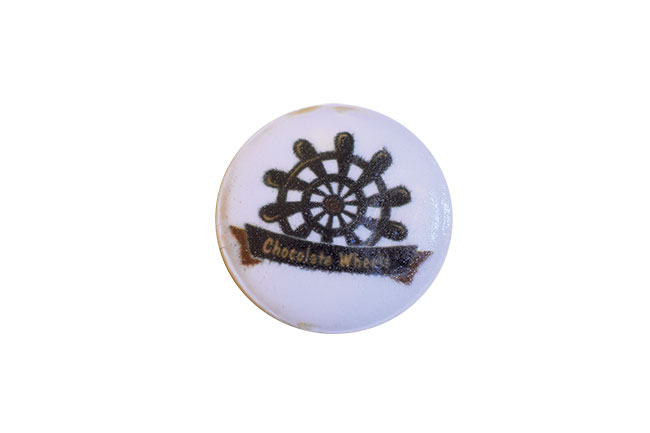 Italian scientists have found evidence that a daily dose of cocoa acts as a dietary supplement to counteract different types... Read More...

COVID-19 spread may accelerate in winter, warn scientists
11 hours ago

Kathmandu district alone has 42.34 percent of total active cases in Nepal
9 hours ago