Chitwan to be fully electrified in current fiscal year 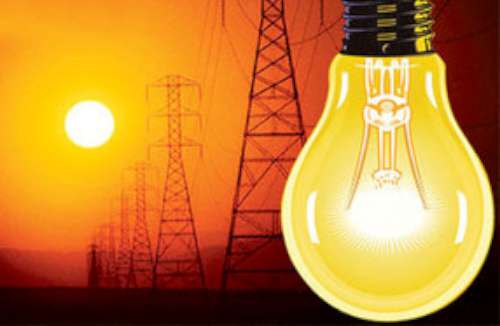 CHITWAN, Nov 15: The Ministry of Energy Water Resources and Irrigation is completely electrifying Chitwan district as per its electrification campaign in different parts of the country.

According to Suresh Kumar Mahato, head of Bharatpur Power Distribution Center, the office is in the process to call for a tender for the electrification campaign. He further added that 90 percent of the region has already been electrified, so the remaining 10 percent of the region will be connected to electricity in the current fiscal year.

Currently, the Bharatpur Power Distribution Center is supplying electricity to around 84,000 households. It also supplies electricity to Bharatpur Metropolitan City and Madi Municipality. But, for the electrification campaign, Chanauti distribution center will supply power in some parts of the region.

Ichhakamana Rural Municipality-1 of Chitwan is yet to be connected to electricity. In Madhi, Bharatpur Distribution Center started the electrification campaign last year.

“The campaign, which initiated last year, has been a successful one. A total of 90 percent of households are already connected to electricity. Only, Ichhakamama Rural Municipality-1 is not connected to electricity,” Mahato said, adding that it has been difficult to work due to the geographical structure of the region. Mahato further added that the region will be electrified by the end of the current fiscal year.

The ministry has planned to completely electrify the country. A 132-KV substation is also under-construction in Parsa to manage the electrification campaign in the district. Also, the NEA is in the process to construct a 33-KV substation in Devnagar, Bharatpur.

According to Renu Dahal, mayor of Bharatpur Metropolitan City, the project is an exemplary one. The smart street lights will automatically turn on during nights and turn off during the day time.

Chitwan, Oct 16: As many as 12 people sustained injuries in a bus accident on the Bharatpur-Aanptaari-Devghat road section today... Read More...

House session put off until March 10
7 hours ago