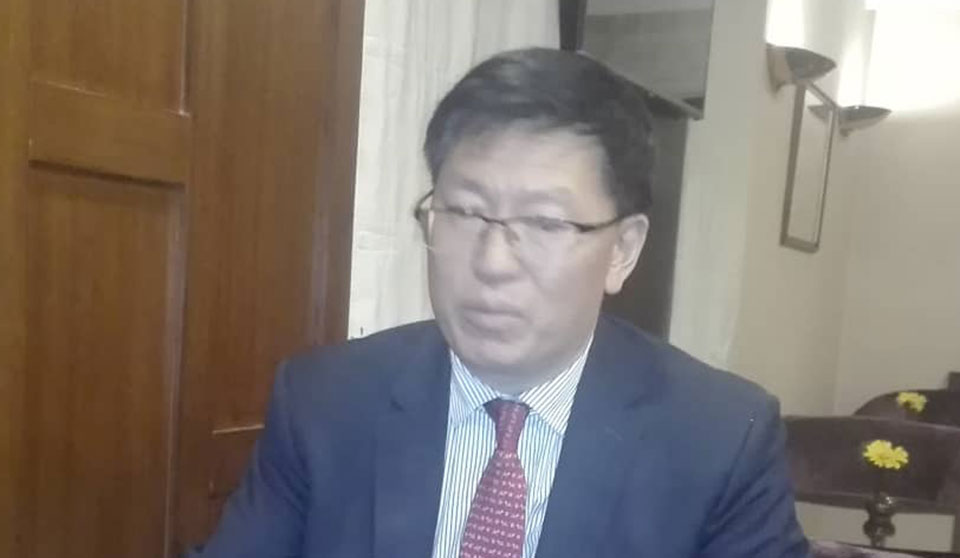 KATHMANDU, April 4: Dai Yonghong, professor at China Center for South Asia Studies of Sichuan University, has expressed hope that Nepal will not join the US-initiated Indo-Pacific Strategy that is widely seen as a measure to contain the rise of China.

“If the US tries to persuade Nepal to join the Indo-pacific strategy, purely a strategy to contain China from Nepal and bring tensions in the Tibetan Autonomous Region of China, I hope Nepal will respond wisely,” he said. “Nepal is neighbor of China and Tibet is our core concern which cannot be challenged by any foreign countries,” he said.

The professor, who is expert on Nepal affairs in China, said that China will work to protect its interests if the US became aggressive in this region to bring problems in Tibet. “So far, Nepalese leaders are committed not to allow their country’s territory against China. We hope they will continue to pursue that policy,” he added.

He went on to say that India is not also much interested to engage in the Indo-Pacific strategy. “The US allies like Japan and Australia are also rethinking their participation in the Qaud concept pushed by the US. The Quad concept is doomed to failure,” he argued.

During a recent conversation with Republica in Kathmandu, the Chinese professor reaffirmed that the Indo-Pacific strategy is basically brought to contain China. “This is also the continuation of Pivot to Asia or Rebalancing pushed forward by previous US administration. Whatever the name, these initiatives are US strategies to contain China politically, militarily and economically,” he said.

The US renamed the US military command from the Asia Pacific to Indo-Pacific to become more assertive militarily in Asia. “Not only in the Asia Pacific region, the United States is containing the rise of China everywhere in the world. It is making alliances for that,” he said.

The professor also strongly refuted the claim that the Belt and Road Initiative is a ‘debt trap’ diplomacy. He claimed that China is providing loans without any political terms and conditions.

“China also borrowed the money in the past from the Western financial institutions like the IMF and the World Bank. This was not a debt trap. Now, China is economically stronger and providing loans to other countries and they call it a debt trap. This smacks of double standards of the West,” he said.

The professor, who was in Nepal to attend Nepal Investment Summit 2019 last week, also said that Nepali government at times seems to be struggling to balance relation with China and India.

The professor said that Nepal should have given floor to Chinese and Indian investors to speak during the inaugural session of the Summit. “We don’t know why but that did not happen,” he said. He, however, lauded the summit. “The Summit was a very good event for Nepal’s current economic transition and social transformation. Nepal has now a strong and stable communist government with two-thirds majority. This is good for Nepal. The summit took place at the right time,” he said.

The United States describes its Indo-Pacific strategy as “an ironclad and enduring commitment to” a region that spans from the... Read More...