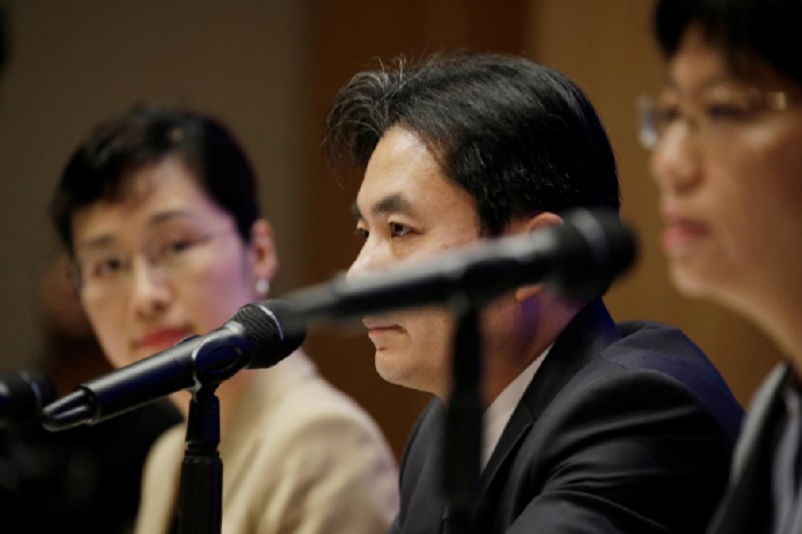 BEIJING, August 6: Protesters in Hong Kong must not “play with fire” and mistake Beijing’s restraint for weakness, China said on Tuesday in its sharpest rebuke yet of the “criminals” behind demonstrations in the city whom it vowed to bring to justice.

Hong Kong has suffered weeks of sometimes violent protests that began with opposition to a now-suspended extradition law, which would have allowed suspects to be tried in mainland courts.

But the protests have swelled into a broader backlash against the government of the Asian financial hub, fueled by many residents’ fear of eroding freedoms under the increasingly tight control of the Communist Party in Beijing.

“I would like to warn all of the criminals: don’t ever misjudge the situation and mistake our restraint for weakness,” the Chinese government’s Hong Kong and Macau Affairs Office said in a document issued during a briefing in Beijing.

A small group of violent radicals were at the forefront of the protests, with “some kind-hearted citizens who have been misguided and coerced to join,” according to the document attributed to two officials, Yang Guang and Xu Luying.

It said anti-China forces were the “behind-the-scenes masterminds” who had “openly and brazenly emboldened” the protesters.

“We would like to make clear to the very small group of unscrupulous and violent criminals and the dirty forces behind them: those who play with fire will perish by it,” the office said.

“At the end of the day, they will eventually be punished.”

China has been quick to label U.S. officials as “black hands” instigating unrest in Hong Kong in an attempt to contain China’s development, but it has not provided any concrete evidence.

A bipartisan group of U.S. lawmakers on Friday urged the Trump administration to suspend future sales of munitions and crowd-control equipment to Hong Kong police, which have been accused of using excessive force.

Police on Monday fired tear gas at protesters in the former British colony after a general strike hit transport and the city’s Beijing-backed leader, chief executive Carrie Lam, warned its prosperity was at risk.

The protests surpassed earlier shows of dissent in scale and intensity, seemingly stoked by Lam’s refusal once again to meet any of the protesters’ demands, including for her resignation and independent inquiries into police use of force.

The protests are the greatest political threat to Hong Kong’s government since the territory returned to Chinese rule in 1997, and one of the biggest popular challenges to Chinese leader Xi Jinping since he came to power in 2012.

China’s People’s Liberation Army (PLA) in Hong Kong has remained in barracks since the protests started in April, leaving Hong Kong’s police force to deal with the massive demonstrations.

Diplomats and foreign security analysts are watching the situation closely, but believe there’s little appetite in Beijing for the PLA to be deployed on the streets of Hong Kong.

So far, the central government and the PLA have said only that there are clear provisions in law covering the prospect of the force’s intervention in the city.

During the briefing, Yang called the PLA “a strong force that defends every inch of its sacred territory”, and said the central government would not allow any “turbulence” beyond the control of the Hong Kong government to threaten national unity or security.

“The PLA is a force of power but also a civilized power,” Yang said.

“As long as it has the strong support of the central government and the Chinese people, the Hong Kong government and police “are fully capable of punishing those criminal activities and restoring public order and stability”, he said.

BEIJING, Sept 11: China’s health commission is getting rid of three offices that were previously dedicated to family planning, it... Read More...