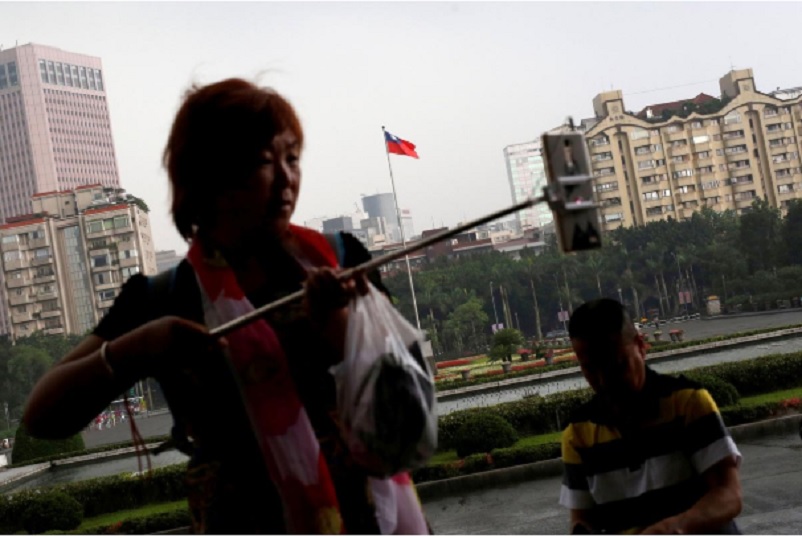 BEIJING, July 31: China will stop issuing individual travel permits for Taiwan to people in 47 mainland cities from Aug. 1, its culture and tourism ministry said on Wednesday, citing the state of ties with the self-ruled island, but gave no details.

People from the mainland need permission to travel to what Beijing regards as a renegade province. Only travellers from 47 cities, such as Beijing, Shanghai and Xiamen, were allowed to visit Taiwan independently.

Mainland travellers with permits issued before Aug. 1 can follow their original plan, but after that, tourists can only go in groups, said China International Travel Service (CITS), a major mainland tour operator.

“We’re aware of the suspension,” said another operator, Shanghai Spring International Travel Service. “Today is the last day to apply for the permit as individuals.”

In recent years, China has stepped up military drills around Taiwan, including regularly flying what Beijing calls “island encirclement” exercises and sending warships into surrounding waters.

China’s military held exercises this week in waters near Taiwan, following a warning last week that it was ready for war if there was any move towards independence for what Beijing regards as a renegade province.

China, which has never renounced the use of force to bring the island under its control, also accused the United States of undermining global stability and denounced its arms sales to Taiwan. The United States is Taiwan’s main arms supplier.

The ban on independent travel came amid a rebound in mainland tourists to Taiwan, who numbered 1.67 million in the first half, up 28% from a year earlier, official data shows.

Last year, 2.69 million mainland tourists visited the island, a drop of 1% from a year earlier and a decline of 35% from the peak in 2015, data from Taiwan’s Tourism Bureau shows.

In Wenzhou, one of the affected cities, a female traveller surnamed Yang was annoyed over the ban, as her permit expires in August.

But she was not too concerned about cross-Strait ties.

“I feel ties are not that tense,” the 25-year-old said. “I went to Taiwan last year, and everyone there was nice.”

The ban also comes months ahead of Taiwan’s presidential elections in January. Beijing has long viewed Tsai Ing-Wen with caution since she became Taiwan’s president in 2016, suspecting that she is pushing for the island’s formal independence.