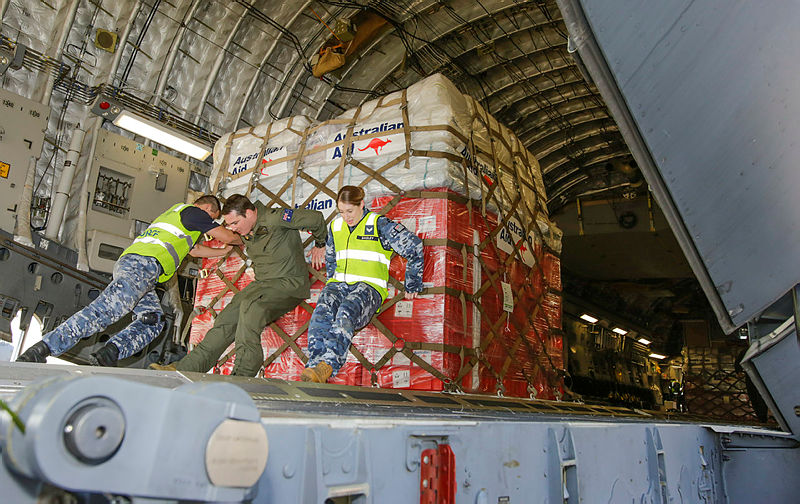 China is set to overtake Australia as the largest donor to countries in the Pacific region. According to data released last week by the Sydney-based Lowy Institute, Beijing committed during 2017 to spend four times more than Canberra in the region.

The think-tank collected data on nearly 13,000 projects in 14 countries, supplied by 62 donors from 2011 onwards. Data, cited in US dollars, has been provided up to and including 2016. For the period 2017–2018 the data is incomplete, and not representative of all aid into the region.

CHINA, Aug 15: Australia pledged an estimated $815 million in aid for 2017–18 financial year, compared to China’s $4 billion for the 2017 calendar year. Most of Beijing’s funds are earmarked for infrastructure projects in Papua New Guinea (PNG), a former Australian colony.

China will become PNG’s largest donor after contributing to a $3.5 billion PNG road project in 2017. The project brings Beijing’s overall commitment in the region since 2011 to $5.88 billion, compared to Canberra’s total of $6.72 billion.

In June, Chinese President Xi Jinping met with PNG Prime Minister Peter O’Neill in the lead-up to the APEC summit to be held in Port Moresby in November. Beijing has funded the $A35 million National Convention Centre for APEC. The leaders agreed to promote bilateral relations “to a new level,” with O’Neill formally signing on to Beijing’s One Belt One Road initiative. The massive cross-continent project is designed to counter Washington’s offensive against China in the Asia-Pacific.

The ruling elites in Australia and New Zealand, the two local imperialist powers that have brutally exploited much of the Pacific for over a century, view China’s rise as a threat to their interests.

According to the Lowy Institute, Australia and New Zealand were responsible for 55 percent of aid to the Pacific between 2011 and 2016. China only contributed 8 percent of all aid in this period. Overall aid to the Pacific shrank by 20 percent. The US, EU, and France, previously significant donors, all reduced their commitments. The Australian Liberal-National coalition government has made cuts of $11 billion since assuming office in 2013, bringing the aid budget to its “least generous” level.

PNG, Tonga and other Pacific countries joined a “strategic partnership” with Beijing in 2014 and have since received increasing amounts of aid and investment. Jonathan Pryke of the Lowy Institute said countries such as Samoa, Tonga, Vanuatu and Fiji are no longer accepting Chinese concessional loans, which need to be repaid with interest, whereas PNG—with a much larger population and economy—is still taking on large loans.

China has concentrated on funding major infrastructure projects. Its average project is 10 times bigger than those backed by Australia and New Zealand. China has spent $80.56 million on the Luganville Wharf redevelopment in Vanuatu; and $74.22 million on the Pacific Marine industrial zone in PNG’s Madang Lagoon to construct canneries and other port facilities.

The new figures will escalate ongoing concerns in Canberra and Wellington. Sydney Morning Herald (SMH) political editor Peter Hartcher said in a television interview in June that Australia has been “caught napping” in the Pacific.

In response to the Lowy report and Bishop’s comments, China’s foreign ministry said its aid to the Pacific “provides what aid it can on the basis of respecting the wishes of the island nations without attaching any political conditions, vigorously promoting socio-economic development.”

Tensions are escalating. New Zealand’s Foreign Minister Winston Peters warned in a speech at the Lowy Institute in March that the Pacific was “an increasingly contested strategic space, no longer neglected by Great Power ambition.” Peters called for New Zealand, Australia, the EU and the US to “better pool our energies and resources to maintain our relative influence” against “external actors and interests”—i.e., China.

The “Pacific Reset” dovetails with Washington’s militarisation of the Asia-Pacific, including threats of war against North Korea, and trade war measures, aimed primarily at economically isolating China.

Anti-China propaganda was ramped up earlier this year with lurid claims that Beijing is in talks with Vanuatu to establish a military base in the country. The SMH described it as “a globally significant move that could see the rising superpower sail warships on Australia’s doorstep.” The Vanuatu government vehemently rejected the claims.

Australia and New Zealand, meanwhile, have been encouraging a heightened European and US presence. In a recent speech at Otago University, Peters welcomed the UK’s decision to open three new diplomatic posts in the Pacific.

NZ Prime Minister Ardern has courted increased military cooperation with both France and Britain. She and French President Emmanuel Macron agreed to work on “defence” in the region, where France has 8,000 military personnel stationed. In May, Macron travelled to Australia and the French outpost of New Caledonia, and has accepted an invitation to visit New Zealand, which will make him the first French president to do so.

Underpinning the deepening preparations for war, New Zealand’s Labour-led government released a new Strategic Defence Policy Statement on July 6 which for the first time explicitly targets China and Russia as the principal “threats” to the “international community.” Topping the list of concerns is China’s “confident assertion” of its interests, expansion through the Belt and Road global infrastructure initiative, military modernisation and positioning in the South China Sea.