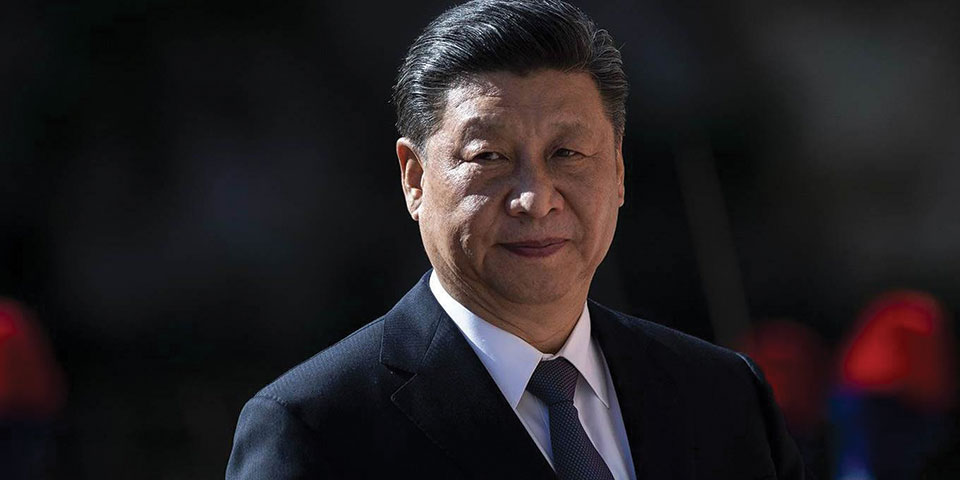 No one knows what China’s future holds, and there is a long history of faulty predictions of systemic collapse or stagnation. Conventional wisdom exaggerates China’s strength

CAMBRIDGE – Chinese President Xi Jinping seems to be on a roll. He has sent a rocket to the dark side of the moon, built artificial islands on contested reefs in the South China Sea, and recently enticed Italy to break ranks with its European partners and sign on to China’s Belt and Road Initiative. Meanwhile, US President Donald Trump’s unilateralist posture has reduced America’s soft power and influence.

China’s economic performance over the past four decades has been truly impressive. It is now the main trading partner for more than a hundred countries compared to about half that number for the United States. Its economic growth has slowed, but its official six percent annual rate is more than twice the American rate. Conventional wisdom projects that China’s economy will surpass that of the US in size in the coming decade.

Perhaps. But it is also possible that Xi has feet of clay.

No one knows what China’s future holds, and there is a long history of faulty predictions of systemic collapse or stagnation. While I don’t think either is likely, the conventional wisdom exaggerates China’s strengths. Westerners see the divisions and polarization in their democracies, but China’s successful efforts to conceal its problems cannot make them go away. Sinologists who know much more than I do describe at least five major long-term problems confronting China.

Five problems
First, there is the country’s unfavorable demographic profile. China’s labor force peaked in 2015, and it has passed the point of easy gains from urbanization. The population is aging, and China will face major rising health costs for which it is poorly prepared. This will impose a significant burden on the economy and exacerbate growing inequality.

Second, China needs to change its economic model. In 1978, Deng Xiaoping wisely switched China from Maoist autarky to the East Asian export-led growth model successfully pioneered by Japan and Taiwan. Today, however, China has outgrown the model and the tolerance of foreign governments that made it possible. For example, US Trade Representative Robert Lighthizer is focusing on the lack of reciprocity, subsidies to state-owned enterprises (SOEs), and coerced intellectual property transfer that have allowed China to tilt the playing field in its favor. Europeans are also complaining about these issues. Moreover, China’s intellectual property policies and rule-of-law deficiencies are discouraging foreign investment and costing it the international political support such investment often brings. And China’s high rates of government investment and subsidies to SOEs disguise inefficiency in the allocation of capital.

Third, while China for more than three decades picked the low-hanging fruit of relatively easy reforms, the changes it needs now are much more difficult to introduce: an independent judiciary, rationalization of SOEs, and liberalization or elimination of the hukou system of residential registration, which limits mobility and fuels inequality. Moreover, Deng’s political reforms to separate the party and the state have been reversed by Xi.

That brings us to the fourth problem. Ironically, China has become a victim of its success. The Leninist model imposed by Mao in 1949 fit well with Chinese imperial tradition, but rapid economic development has changed China and its political needs. China has become an urban middle-class society, but its ruling elites remain trapped in circular political reasoning. They believe that only the Communist Party can save China and thus that any reforms must strengthen the Party’s monopoly on power.

But this is exactly what China does not need. Deep structural reforms that can move China away from reliance on high levels of government investment and SOEs are opposed by Party elites who derive tremendous wealth from the existing system. Xi’s anti-corruption campaign can’t overcome this resistance; instead, it is merely discouraging initiative. On a recent visit to Beijing, a Chinese economist told me that Xi’s campaign cost China one percent of GDP per year. A Chinese businessman told me real growth was less than half the official figure. Perhaps this can be countered by the private sector’s dynamism, but even there, fear of losing of control is increasing the Party’s role.

Finally, there is China’s soft-power deficit. Xi has proclaimed a “Chinese Dream” of a return to global greatness. As economic growth slows and social problems increase, the Party’s legitimacy will increasingly rest on such nationalist appeals. Over the past decade, China has spent billions of dollars to increase its attractiveness to other countries, but international public opinion polls show that China has not gained a good return on its investment. Repressing troublesome ethnic minorities, jailing human-rights lawyers, creating a surveillance state, and alienating creative members of civil society such as the renowned artist Ai Weiwei undercut China’s attraction in Europe, Australia, and the US.

Power and weakness
Such policies may not hurt China’s reputation in some authoritarian states, but modern authoritarianism is not ideologically based the way communism was. Decades ago, young revolutionaries around the world were inspired by Mao’s teachings. Today, although “Xi Jinping Thought on Socialism with Chinese Characteristics” has been enshrined in the Party constitution, few young people in other countries are carrying that banner.

China is a country with great strengths, but also important weaknesses. American strategy should avoid exaggerating either. China will increase in importance, and the US-China relationship will be a cooperative rivalry. We must not forget either part of that description. No country, including China, is likely to surpass the US in overall power in the next decade or two, but the US will have to learn to share power as China and others gain strength. By maintaining its international alliances and domestic institutions, America will have a comparative advantage.

Joseph S Nye is a professor at Harvard. His forthcoming book is “Do Morals Matter? Presidents and Foreign Policy from FDR to Trump”
© 2019, Project Syndicate
www.project-syndicate.org

Trump says he and Xi will sign China trade deal