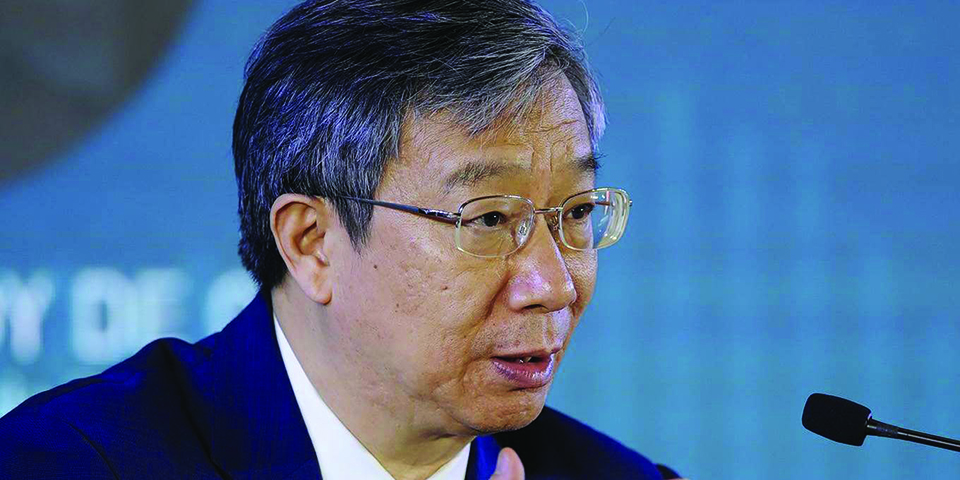 Miao Yanliang is a member of the China Finance 40, a Beijing think tank. The views expressed here are the author’s own.
news@myrepublica.com

Today, People’s Bank of China is undergoing its own quiet revolution. Like the Fed before it, China’s central bank is becoming more communicative

BEIJING – Fifteen years ago, Alan Blinder, a former vice chair of the US Federal Reserve System and a longtime professor of economics at Princeton, wrote a book entitled The Quiet Revolution about changes in central banking. Chief among these was a move by some central banks toward open communication and transparency, and away from their long-held tradition of secrecy and surprise. A central bank “goes modern,” to borrow from the subtitle of Blinder’s book, when it starts talking.

The Fed was slowly heading in this direction by the turn of the century. It finally began announcing its interest-rate decisions in 1994, and started issuing regular press releases in 2000 (though it did not hold regular press conferences until 2011). These changes reflected a new appreciation among central bankers of how changes in short-term policy rates work their way through the economy via expectations and market pricing.

Today, the People’s Bank of China (PBOC) is undergoing its own quiet revolution. Like the Fed before it, China’s central bank is becoming more communicative. But the real revolution in Beijing concerns exchange-rate policy, with the PBOC increasingly allowing market forces to determine the renminbi’s value. Both developments are welcome.

The PBOC’s communication offensive has much to do with its new governor, Yi Gang, who was appointed in March 2018. Last month, the bank hosted its first-ever briefing to explain the latest economic and monetary data. And Yi himself has taken the initiative to explain policy decisions, notably his “three arrows” to support funding for small and medium-size enterprises. The governor also occasionally weighs in about stock-market volatility, even though such interventions may raise eyebrows among central-banking traditionalists.

Another significant move came in January, when the PBOC unveiled a new version of its English-language website. Previously, only about two percent of the Chinese site’s content was available in English, prompting foreign investors to complain about an uneven playing field. But the bank’s new English site covers almost every major aspect of policy, from open-market operations and decisions to the governor’s speeches and activities. For example, it features Yi’s speech last December at Tsinghua University on China’s monetary policy framework, together with an English version of his original PowerPoint slides, which are not available in Chinese on the PBOC’s site.

Although this open communication is certainly important, the PBOC’s increasingly flexible exchange-rate policy is far more transformative. In 2015-2016, the PBOC spent about $1 trillion of China’s foreign-exchange reserves to prop up the depreciating renminbi. These days, the PBOC no longer intervenes regularly in the currency market, and does not have an exchange-rate target.

This flexibility has been increasingly evident since the start of 2018. After peaking at CN¥6.26 against the US dollar in February last year, the renminbi slid all the way to CN¥6.97 by the end of October, a 10 percent drop. (It has since risen again and currently stands at about CN¥6.70.)

The renminbi’s peak-to-trough swing against the dollar in 2018 was comparable to that of the other Special Drawing Right (SDR) currencies: the euro (10 percent), yen (nine percent), and British pound (13 percent). In a similar vein, the renminbi’s daily volatility last year reached 4.3 percent—about 70 percent of the volatility level of the four other SDR currencies (including the US dollar). And for the first time, the Chinese currency was more volatile than the Singapore dollar.

Despite—or because of—swings in bilateral exchange rates, the renminbi remained broadly stable against a mix of currencies. The index of the China Foreign Exchange Trade System (CFETS), a 24-currency basket, started and ended the year at around 95. This happened with little central-bank intervention. Even the US Treasury Department said in an October 2018 report that direct intervention by the PBOC last year had been “limited” and that foreign-exchange sales by state banks had been “modest.”

A flexible exchange rate acts as an automatic stabilizer in two ways. First, it serves as a safety valve that responds to, and relieves pressures from, capital flows and global demand. Indirectly, and more fundamentally, a market-driven exchange rate gives the PBOC more room to use interest rates and other monetary-policy tools, such as the reserve requirement ratio (RRR), to help stabilize the economy. This in turn stabilizes the renminbi.

For evidence of this, look again at 2018. Whereas the Fed raised interest rates four times during the year, the PBOC settled for a mere five-basis-point hike in March, and actually cut the RRR four times as part of a policy of targeted countercyclical easing. Despite these cuts, the renminbi has not gone into free fall, as some might have expected: its current value against the US dollar is similar to that in mid-December 2017, when the PBOC last followed the Fed with a five-basis-point rate increase.

As the renminbi increasingly becomes a two-way floating currency, market expectations are adapting accordingly, and one-way directional bets against it seem far riskier than before. By contrast, a return to routine PBOC intervention in the foreign-exchange market would breed instability. When policymakers do not allow exchange rates to adjust, they risk triggering a destabilizing downward spiral of lower reserves, less confidence, and more panic.

The quiet revolution Blinder described in 2004 is underway in Beijing. True, the PBOC has plenty of room for further improvement in its communication and exchange-rate policies. But its progress so far is good news for China and international policymakers alike.

Miao Yanliang is a member of the China Finance 40, a Beijing think tank. The views expressed here are the author’s own.