China for any aid to Nepal without intervening by 'other forces': Envoy 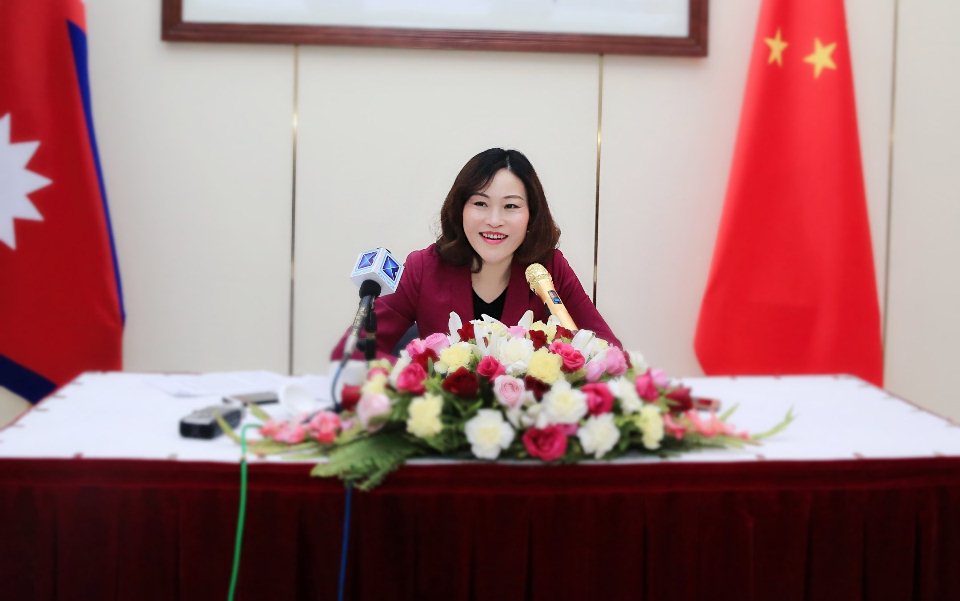 KATHMANDU, Jan 4: At a time when a section of political leaders in the country are opposing the implementation of projects under the Millennium Challenge Corporation (MCC) grant of the United States over suspicions that it could be tantamount to joining a US-led military alliance, Chinese ambassador to Nepal Hou Yanqi has said that China welcomes any kind of assistance to Nepal if it is meant for helping Nepal economically.

Responding to a query during a press conference organized at the Chinese embassy here Friday, Ambassador Hou clarified that it is up to the government of Nepal to take a decision that is in the best interest of the country and its people.

"We noticed from the media that political parties, government and parliament are now discussing about the ratification of MCC. Nepal is a LDC country and Nepal needs international support and assistance not only from China; actually from the international community," she said. "We welcome any kind of assistance to Nepal if it is in the sense of economic cooperation.”

Ambassador Hou, however, stressed the need for Nepal to take a decision that is in its best interest and without intervening by 'other forces'. “Whenever it is a kind of economic and trade cooperation we hope the Nepali side can decide on your own feet and not being intervened by other forces."

The envoy said it is important for Nepal to ensure that all the economic cooperation is based on sovereign equality and should benefit its national interest and the Nepali people. “So we would like to see that the process of the ratification of MCC and …we believe that the Nepalese government can take a very positive decision for the interest of Nepal,” she further said. 'China, India plus cooperation is similar to trilateral cooperation model'

Ambassador Hou Yanqi said that the concept is similar to trilateral cooperation between China, Nepal and India.

She clarified that the 'China, India plus Cooperation' model is aimed at creating a win-win situation between China, Nepal and India by enhancing trilateral cooperation in areas like infrastructure development and telecommunications.

"Being the world's largest developing countries, China and India want to play active role both at regional and international levels. We want to join hands especially to promote the economy of South Asian countries," she said adding that the 'China, India plus Cooperation' model has already started from Afghanistan.

Stating that Chinese President Xi Jinping and Indian Prime Minister Narendra Modi discussed the idea of forging the 'China, India plus Cooperation' model on several occasions, the envoy said the participating countries will have equal say in this model . "We have successfully started this cooperation model from Afghanistan," she said.

"China, India plus cooperation means trilateral cooperation. It does not mean that China and India will be driving force and another country will have lesser role. All the three will have equal role," she further said.

Responding to a media query related to the recent arrest of 122 Chinese nationals on the charge of illegal stay, the ambassador said investigations against them are underway in Nepal.

"Those Chinese nationals were found to be engaged in cyber crimes here in Nepal and Chinese people from mainland China also suffered by their activities. That's why Chinese side shared some information with Nepali side," she said.

KATHMANDU, Jan 3: At a time when the Nepali political parties are divided over whether the country should welcome the... Read More...