Chelsea must return to winning ways at Leicester, says Conte 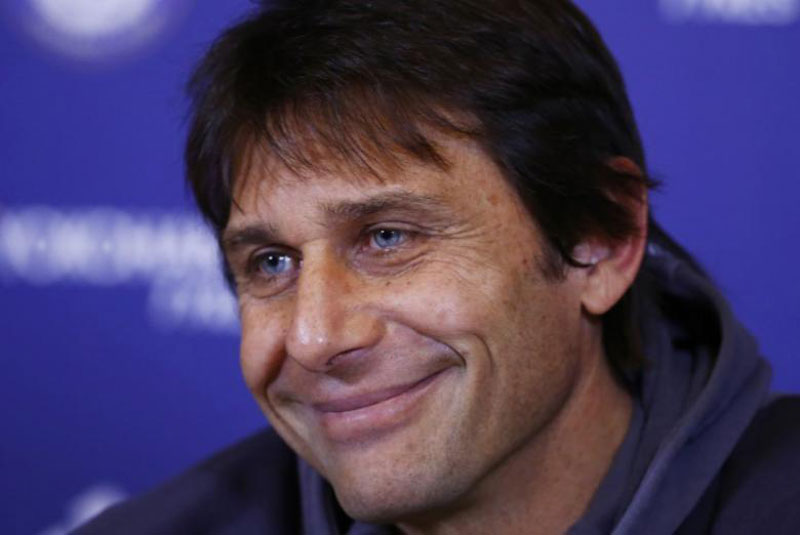 Chelsea manager Antonio Conte has said his team must return to winning ways in the Premier League when they visit champions Leicester City on Saturday.

Conte's side ended 2016 on a league record equalling 13-game winning run stretching back to the start of October, but were beaten 2-0 at Tottenham Hotspur in their first game of the new year.

Leicester on the other hand are having a torrid time in the league this season and are 15th in the standings, trailing Conte's table toppers by 28 points.

"The Leicester game is very important for us to restart to win," Conte told a news conference on Friday.

"Leicester are the champions from last season, they have a lot of good players with good quality, they have impressed me.

"I consider them a really good team with good players, strong players, players with talent and technique, a good mix. They have a great manager."

Conte praised fellow Italian and Leicester boss Claudio Ranieri, who guided the Foxes to the title last season against the odds and was named FIFA Coach of the Year.

"Claudio is a really great manager, a great man," Conte said. "I am proud to know him and sometimes to call him to speak. He did a great job last season and not only then.

"I knew him when he was coach in Italy, at Chelsea, at Valencia. He did a great job. I'm pleased for him."

Conte added that captain John Terry would not be allowed to leave the club in the January transfer window and denied British media reports that a short-term move to Bournemouth was on the table.

The Italian cut short defender Nathan Ake's loan to Bournemouth earlier this month, but said the 21-year-old would need time to get used to the team's style of play.

"I'm very pleased for him to stay with us," Conte said. "He's trained with us only a few days. It's important for him to have a bit of time to go into our idea of football and adapt, and then be under consideration."

NC-proposed candidate must be made new President: Sharma
18 minutes ago

Why was the University Bill introduced, leaving aside the Education Bill?
38 minutes ago