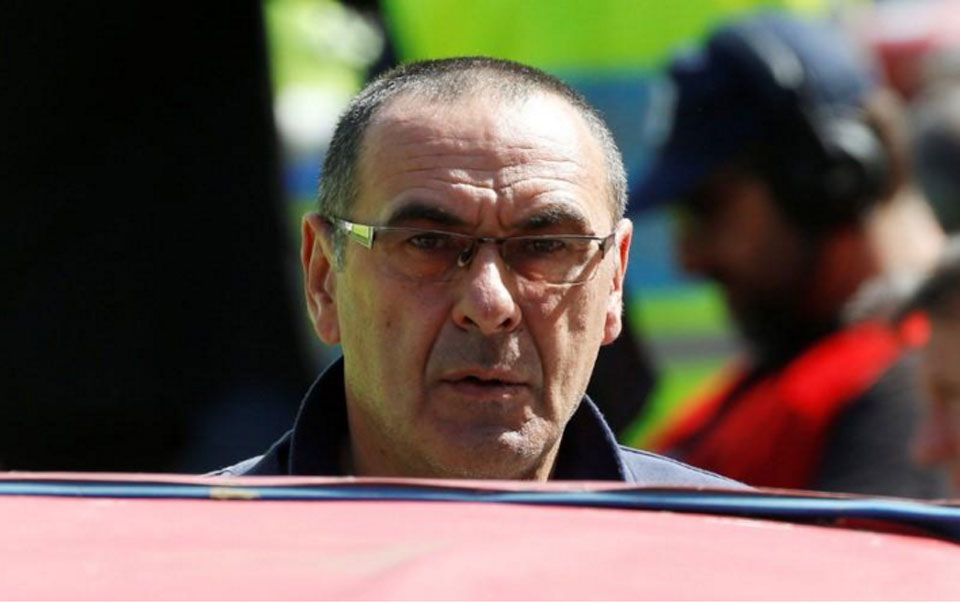 Chelsea on Friday split with Conte after two years with the former Italy manager having a year remaining on his current contract.

Sarri, 59, led Napoli to two second-place and one third-place finish in three seasons in charge. He won the Serie A Coach of the Year award in 2017.

“I am very happy to be coming to Chelsea and the Premier League. It is an exciting new period in my career,” Sarri said in a Chelsea statement.

“I look forward to starting work and meeting the players on Monday ahead of travelling to Australia, where I will be able to get to know the squad and begin our match action.

“I hope we can provide some entertaining football for our fans, and that we will be competing for trophies at the end of the season, which is what this club deserves.”

Conte joined the Roman Abramovich-owned club in 2016 and led them to the league title in his debut season along with an FA Cup triumph last campaign.

He had already taken charge of pre-season preparations at the club’s Cobham training ground outside London but his relationship with Chelsea’s hierarchy was strained after disagreements over their transfer policy last season.

Under Conte, Chelsea failed to qualify for the coming season’s Champions League after finishing fifth in the Premier League. The team will now play in the Europa League.

Chelsea take on Huddersfield Town in their opening fixture of the new Premier league campaign on Aug. 11.

Conte ready to give Batshuayi his Chelsea chance

Belgian forward Michy Batshuayi, yet to start for Chelsea in the Premier League this season, will have a chance to... Read More...

Antonio Conte has dismissed complaints of his rival managers over Chelsea getting a longer rest during the festive period and... Read More...

Govt, ASDP and NACCFL sign deal for capacity buildings of cooperatives in Karnali
49 minutes ago