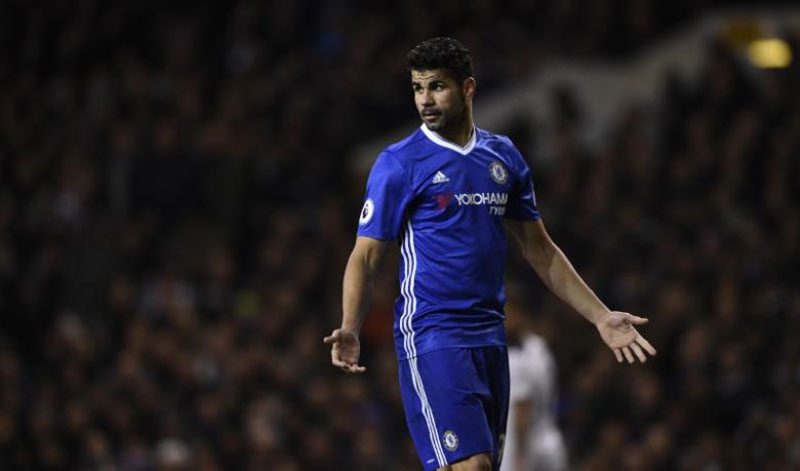 Diego Costa has been dropped from the squad of Premier League leaders Chelsea for the match at champions Leicester City after a row over his fitness, according to media reports on Friday.

Costa is said to have not trained with the rest of the squad for the past three days after a row with Tous over the extent of an injury he was complaining of.

Conte is reported to have sided with his coach in the argument and has left his key striker out of the squad as Chelsea seek to protect their five-point lead at the top of the league.

The latest controversy to surround the famously volatile Spanish international was also reported to be connected with a 30 million pounds ($36.54 million) a year offer the 28-year-old had been made to play in China.

After an indifferent 2015-16 season at the end of which he considered leaving the club, Costa has cut a completely rejuvenated figure this season, having until now sidestepped controversies while leading the London club's title assault.

In his absence, Chelsea were expected to again use Eden Hazard as their spearhead, flanked by Pedro and Willian, a trident that proved effective when Costa missed the Blues' 3-0 win over Bournemouth through suspension.