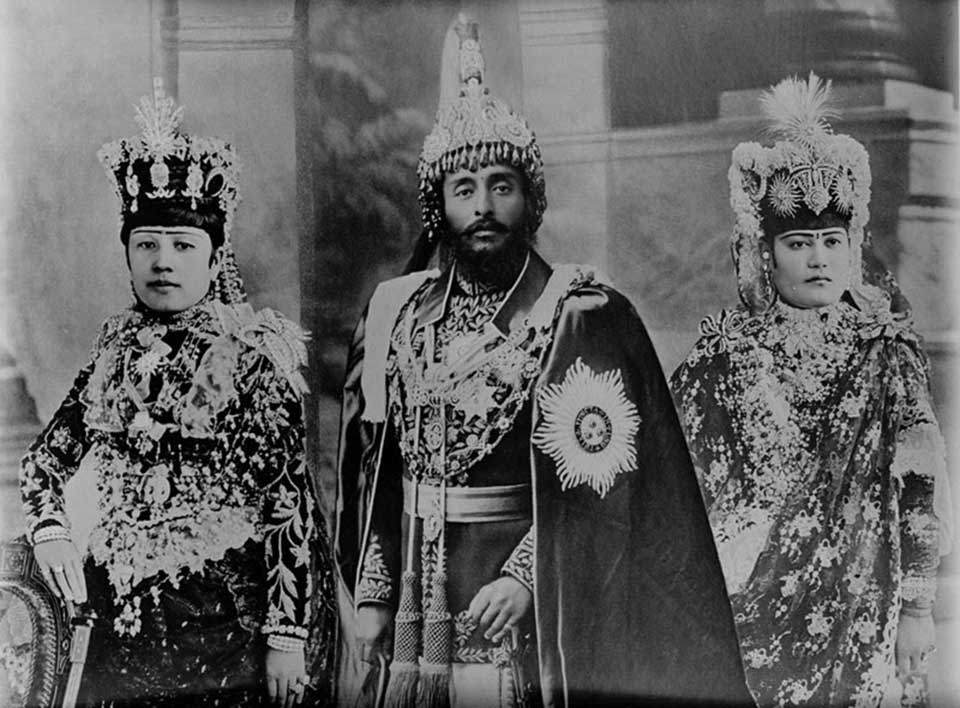 Little is known about the fifth Rana Prime Minister Chandra Shumsher Jung Bahadur Rana’s 1908 visit to Britain in contrast to his uncle and founder of Rana oligarchy, Jung Bahadur’s 1850 trip. Whereas Jung Bahadur, seven years after his landmark trip to Britain as the first Nepali leader of standing traveling overseas, came to be hailed in high esteem for the timely and crucial military support he provided in putting down the 1857 Sepoy Mutiny in India, Chandra, several days ahead of his visit, was considered to be imperial Britain’s “trusted” and “reliable ally”.

Poring over more than 30 prominent news dailies, weeklies, and other periodicals from May to September 1908, this scribe finds an exhaustive read for a rare insight into the visit undertaken 110 years ago. By the time Chandra arrived via France at London’s Victoria Station at five PM, the British press had already carried a series of curtain raisers, generating great curiosity and anticipation in the social circuit in particular and the public in general.

Extensive coverage
No other Nepali has received such blow-by-blow press coverage day after day after day. By the time Chandra, 43, completed the two-month schedule, he had left a remarkable impression upon his hosts who ruled over nearly one-third of the Earth and more than a quarter of the world’s total population. Awed and overwhelmed by the “splendours that still survived in the Eastern corner”, the British press reported in anticipation of the visitor from Nepal or “Nipal”. It carried full portraits of “an exceedingly shrewd and alert man”, who was “frequently at work from 6.30 in the morning until late at night”.

Standard gave a backgrounder: “He had proved himself to be a gracious and enlightened ruler”. As for Nepal king’s king, Evening News, explained: “The nominal ruler of Nepal is the sovereign whose divine right is so delicate a thing that all the business of governance is taken out of his sacred hands”.

Globe saw “the Maharajah, constantly seen of late at London balls, as an inveterate dancer”, who spoke, “English fluently, and is a most amusing talker”. Sphere added: “He has translated several handbooks into his own language.”

Manchester Guardian observed: “When the baggage vans came to be unloaded the East was rolled out on to the platform.” Pall Mall Gazette counted 150 crates, 140 trunks, 40 uniform cases, 30 boxes, two beautiful cages, and five sealed boxes, “each five feet long, laden with jewelry”. Daily Mirror had the headline “140 cases of luggage”. Daily Express estimated Jewels’ worth at 500,000 pounds. Weekly Graphic exclaimed: “Mt. Everest of luggage! He brings six cooks with him… two cows had to be obtained so that he and his suite might have pure milk!”

According to Daily Express, “extraordinary precautions” were taken to guard the valuable luggage on its way to London, and special detectives were on duty from Dover to Victoria. Sheep bred in Nepal were brought to England, “as this is the only kind of mutton the party was allowed to eat”.

Call-ons
Chandra called on King Edward VII on May 11. Manchester Guardian clocked the length of the meeting lasting 10 minutes at Buckingham Palace. Evening News reported: Large crowds of people assembled outside Buckingham Palace in the morning to witness the arrival of Nepal’s premier, who was “clad in rich silk robe of gorgeous hues and wearing magnificent jeweled turbans, with a variety of jeweled ornaments”. When Chandra visited the King, Nepal’s national anthem was played.

Three days after the Oxford recognition, the King’s great garden party at Windsor in mid-June accorded the State Guest the spotlight as the “lion” of the function “attended by 7,000 persons”.

On May 19, Chandra called on Prime Minister Herbert Henry Asquith at 10, Downing Street, about a week before attending a reception in honor of the visiting French President Armand Fallieres. The same day, the French president received him at the state apartments of St. James Palace. In fact, the Nepali premier was invited to all major functions honoring Fallieres in London.

Chandra met with many dignitaries visiting London, including Japanese Prince Hiroyasu Fushimi. At the Visitors to the Distinguished Strangers’ Gallery in the House of Commons, the Nawab Ganjera, who hailed from an area “50 miles south of Bombay”, was introduced to Chandra. The Times mentioned Chandra having accepted an invitation by the members of the Gurkha Brigade to a June 11 reception at Grand Hotel. The guest from Nepal also paid a three-day visit to Scotland’s capital Edinburgh, starting from June 3.

As the departure date drew close, Sphere commented: “By the time that the Maharajah of Nepal goes back to his native land, he will have seen a great deal more of England…and in comparison with the exclusive character of his own country cannot fail to be struck with the open-door policy which he has seen everywhere.”

High point
Chandra’s farewell statement on July 21 took the hosts by a highly gratifying surprise. He said: “I have thoroughly enjoyed my visit—that I was sure I should do, for your country and mine are sworn allies … Remember, thousands of my people are in your army; we have fought side by side on many occasions; and my own army is ready to render you help again if it should be ever needed.”

What struck the right and most immediate chord with the British government was the remark: “The greatness of your country is best seen in the good it has done to our great neighbor India; in the peace, security of lives and property, justice and numerous other benefits it has given to that country.”

This generated an immense sense of relief at the nick of time to the Asquith government which was facing a barrage of criticism from the opposition over its handling of the affairs in India. It proved to be the grand finale of the entire visit. The Times heartily concluded that “the impressive message of farewell…marks a frank sincerity of language that is entirely appropriate”.

Pall Mall Gazette commented: “There is a lesson, and a rebuke, for our Keir Hardles and other foolish persons who take pleasure in uttering slanders against the Indian Government in the farewell addressed to the British people by the Prime Minister of Nepal…Here, then, we have the spontaneous testimony of a native Oriental statesman who is under no obligation to give the Indian Government a certificate of its admiration for the British Raj.”

King Edward VII’s letter to Nepali King Prithvi Bikram ended with “I am Your Highness’ sincere friend”. Evening News had a story on the durbar held in Kathmandu on Chandra’s return home and the letter delivered to the King. Credited to The Times, the story was carried also by Standard and Daily Express.

In its September 30 issue, The Times reported: “The reading of His Majesty’s letter [in Kathmandu] was followed by the firing of a Royal salute of 31 guns, and the State bands played the British national anthem.” The Commander-in-Chief, General Bhim Shumshere, who had been acting as Prime Minister in Sir Chandra’s absence, made an address. “Brief speeches were also made by the Maharaja Dhiraj and Colonel Macdonald, the British resident.” Reuters news agency flashed a story datelined Allahabad, Sept. 10: “The Prime Minister [Chandra] referred to the reception which he had experienced at the hands of the King-Emperor downwards.” This might have sounded pleasant to imperial Britain. Several British papers carried the story.

Six years later, Chandra enthusiastically sent Nepali troops to fight on the British side after World War I broke out in 1914, reconfirming the dependability that London reposed in the ruler from the “East”. British appreciation of Nepal’s support was amply reflected in subsequent years of Chandra’s premiership until the end of the 1920s.

LONDON, March 7: The British government has announced a special relief package for the agitating ex-Gurkha soldiers on Thursday. ... Read More...