Census of Dolphins underway in Kailali 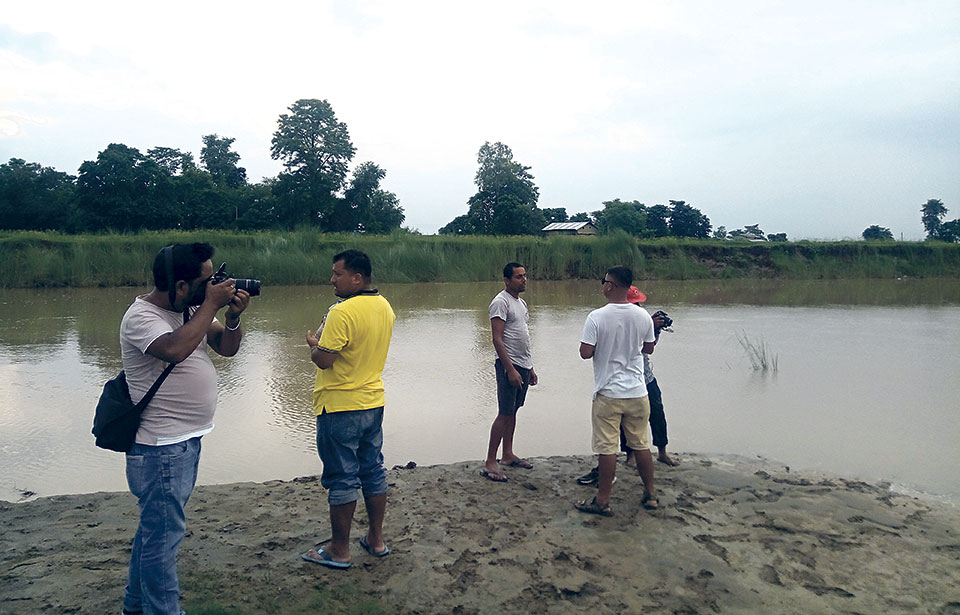 BHAJANI (KAILALI), SEPTEMBER 4: A census of Dolphins has started from Friday in the Dolphin conservation area of Tikapur Municipality and Bhajani Municipality in the southeastern part of Kailali district.

Dolphin Aquatic and Biodiversity Conservation Nepal Kailali is going to count the dolphins for the first time. The dolphins will be counted for two days, said President of the organisation Bhoj Raj Dhungana.

According to Dhungana, an estimated 35 to 40 dolphins have been traced this year. The latest statistics shows that the number of dolphins is declining every year and it is necessary to protect them, said Jay Prasad Dhungana, general secretary of the organization.

Dolphin Aquatic and Biodiversity Conservation Nepal Kailali is going to prepare an integrated strategy plan for the conservation of otter, tortoise, crocodile, birds, endangered specifies of fish and the biodiversity, he added. Gangetic dolphins appear in Patharia, Kadha, Kandra rivers, Garinala and Reptinala during the four rainy months of Asar, Saun, Bhadau and Asoj, while at other times they are seen in Karnali river.