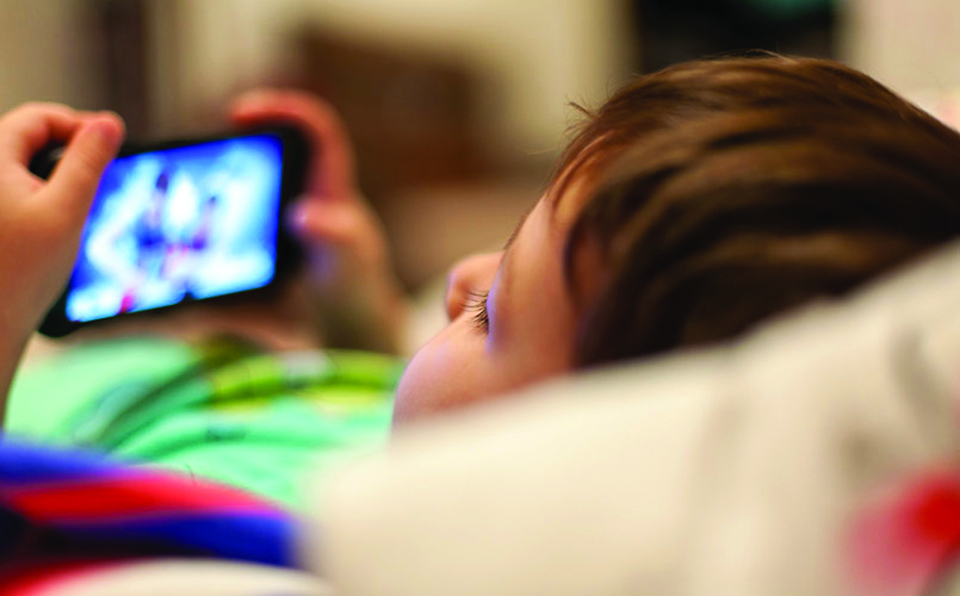 Nepali children are losing themselves into the world of cell phones, oblivious to what is happening around them

When I went to visit a neighbor of mine in his home, he was so busy and lost in his cell phone. He told me he would spend hours in one place with continuous staring at his cell phone that he did not notice me coming up to him until I called him. “Oh my God,” was my first thought, but I did not let him know of it.

The person in question is actually my nephew and therefore during the conversation with my uncle, I told my uncle to restrict cell phone use of my nephew. I told him that cell phone use was badly affecting his health. My nephew’s eyes have been affected so badly that he has to change his spectacles every two months. And then I thought of all those parents whose children hang on to cell phones all the time and spoil their vision.

The most families I visit around my community share with me their children’s cell phone addiction. They say that their children are always on cell phone no matter where they are—whether they are eating or in classroom or while walking home. They complain that they are tired of asking their children not to use it.

Children’s addiction to cell phones is a common story in every household these days, at least in urban households.  Nepali children, perhaps like their western counterparts, are losing themselves deeply into the cell phones, oblivious to what is happening around the world. And they are almost crossing the limits. The situation has gone so bad that it’s almost difficult to bring them back to the real world from the virtual world.

Who is to blame?

Dear readers, if I may tell you, it’s parents—the fathers and mothers and the seniors in the family—who are making our children so addicted to cell phones and thereby the virtual world.

Parents are the first guides who help their children develop good habit in order to achieve success in their life. What they do and say inspires or spoils their children. So, parents must always set an example with good actions. If you respect your elders, so will your children, if you follow the good habits, so will they and if you hang on to cell phones whenever you are free, so will they. But if you limit your cell phone use and tell your children not to use them, they will surely listen. They will also give up cell phone addiction if you set the example by not doing so.

Understandably, today’s children are not so easy to manage. You cannot discipline them by shouting at or beating them. You can tame them only through persuasion. You should tell them about both positive and negative aspects of cell phone use. Tell them that the radiations emitted through these cellphones are so strong that they can affect not only their eye sights but also their daily lives. If you explain it the right way, they will understand. It is said the children’s brains are so sharp that they can learn seven languages simultaneously if you train them properly.

Cell phones are powerful means of communication and creativity. Everyone, including children, must be able to make the most out of it. With cell phone, we can share the happenings and events around the world within the moments.  Thus we need to teach them the positive aspects of cell phone use. Parents need to know if their children are using cell phone for good or bad purpose.

The technological advancement has restricted our children’s imagination because they are sticking to cell phones all the time. This is why you may not see today’s children reading comics or story books like in the past.

Parents need to reorient their children to creative pursuits. They need to convince their children to explore the world beyond cell phones. For this they must restrict their children’s access to cell phones.  Encourage them to read books, do yoga or play sports or sing or listen to the music. This will develop their creativity. But for all this, parents should set aside special time for their kids.

It’s rightly said that children are like the soft clay when you are doing a pottery. You can shape their personalities the way you like. So the mothers and fathers, beware of what you do and what your children are doing with the cell phones.

We need to change the stereotypical attitude toward parenting that rests firmly on traditional belief that fathers are the breadwinners and... Read More...

Parents begin to lose control of children at the age of 13: Studies

Parents begin to lose control of their children at the age of 13, a study has found. ... Read More...

Ban on mobile use, motorcycle riding for children below 16 in Siraha