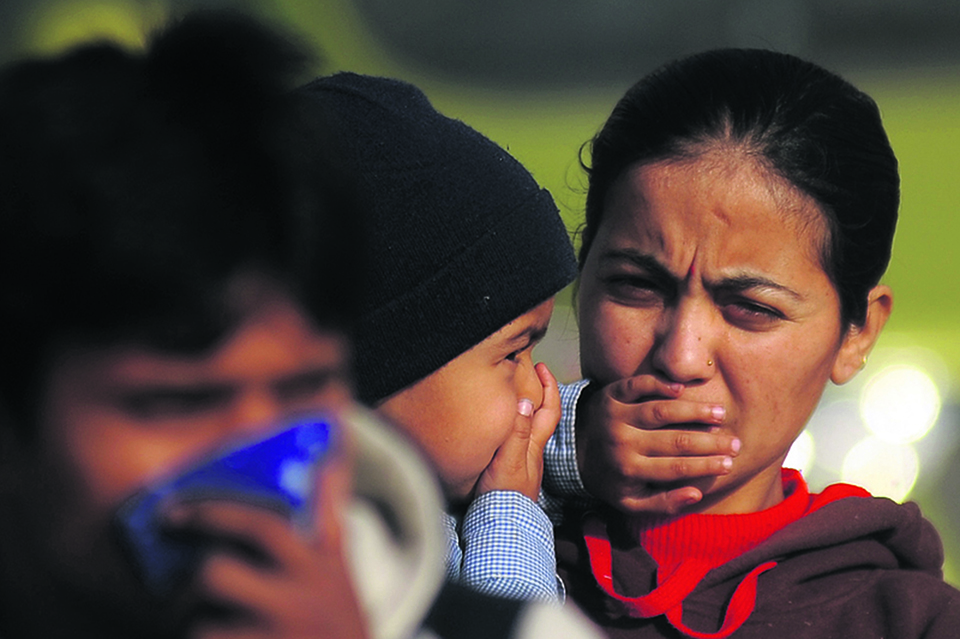 The author is Regional Director of UNICEF in South Asia
news@myrepublica.com

All day every day, even while they sleep, tens of millions of children in South Asia are being seriously harmed by toxic air. South Asia is leading the world—and not in a good way. Here, air pollution now kills an estimated 130,000 children under five every single year.

It is a staggering fact that twelve million babies in South Asia are breathing air that is six times more polluted than the international limits set by the World Health Organization. This means that South Asia has three-quarters of the global total.

In the four-day period between January 8 and January 11, the number reached 417 in New Delhi (hazardous), 310 in Kathmandu (hazardous), 328 in Dhaka (hazardous), 510 in Kabul (hazardous), and 234 in Karachi (very unhealthy). These large numbers mean deaths and they mean serious, lasting harm.

A cough, sore throat or sore eyes are the common things that we notice. But the real damage is far more serious. The most dangerous air pollutants of all are the smallest particles. They reach deep down into the lungs. From the lungs they pass into the bloodstream. In the bloodstream, they circulate around the body.

Air pollution is a severe and growing threat to people of all ages—but it is particularly bad for children’s health and development. There are three main reasons why children are particularly at risk.  First, children breathe faster than adults. A typical adult takes between 12 and 18 breaths a minute. A three-year old child takes 20 to 30 breaths a minute, and a newborn takes 30 to 40. So young children are breathing in the polluted air 2-3 times as much as adults are.

Second, children’s lungs and other organs are developing. This makes them particularly vulnerable to damage. This can have both immediate effects—such as causing asthma—and long-term effects—such as reducing their lung volume for life.

Third, the youngest children are also in danger because the barrier between the bloodstream and brain is not yet fully formed. The air pollutants can cross from the lungs to the bloodstream and from the bloodstream to the brain. There, they actually cause brain cells to inflame. This damages the brain cells and affects the child’s cognitive and intellectual development. Today’s generation of children will be affected for life and as adults we have a pressing and serious duty to reverse this horrendous trend.

This is why we need to see cleaner, renewable sources of energy and we need better waste management to prevent open burning of harmful chemicals but, of course, the precise solutions vary across the region.  We cannot let children breath toxic air. Speaking up for one’s children is a first step. But more than this, we need to see governments respond and take urgent and pro-active action in order to protect the young generation.

The author is Regional Director of UNICEF in South Asia

With the end of the Soviet military presence in Afghanistan in February 1989 and the end of Cold War, the... Read More...