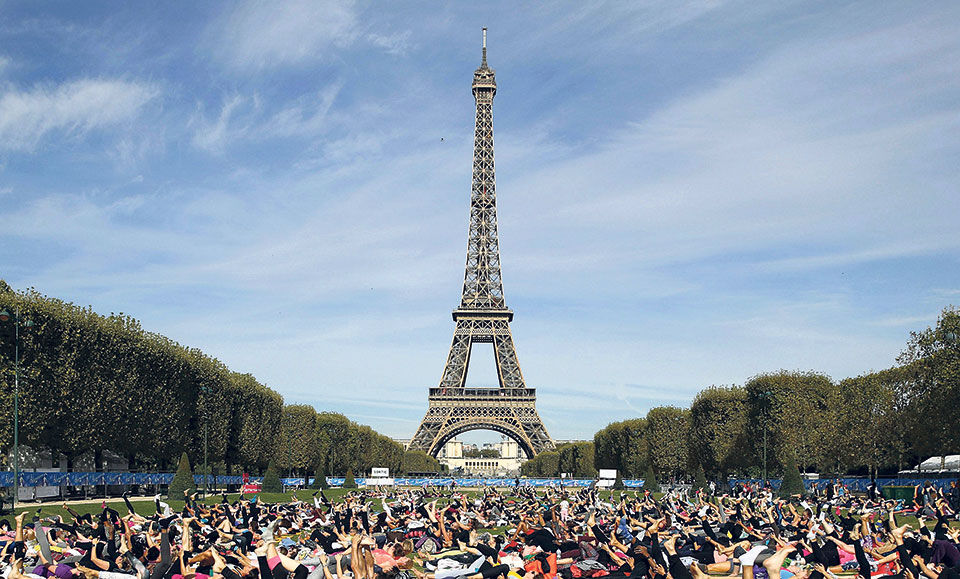 France has been facing transport strikes for one and a half months against the government, which is trying to reform its pension system. President Immanuel Macron wants to replace the current system of 42 pension regimes with a single point scheme that will be the same for everybody. It has caused a brutal travel disruption especially in Paris and its surrounding region causing misery to millions of commuters.

Protests have become weak from December when the industrial action began but the disruption has continued. This has become a historical transport stoppage in France. Teachers, lawyers and hospital workers have joined protests in which schools have been shut sporadically and flights have been grounded. Only the automated lines are operating as normal, while other metro and train services have been reduced to 60 percent.

The president’s office has estimated that the strike has cost the SNCF, a French National Railway Company, around 800 million Euros and nearly 200 million Euros for the Paris transit authority RATP already.

It has caused major disruption, particularly for commuters in the greater Paris region where millions of people rely on metro, bus and suburban rail lines which have been badly affected. This transport strike in France is the longest continuous train strike since the national service was created in the 1930s.

The government has claimed that a new pension system would reduce a country’s deficit, and they needed to plug a deficit that is forecast to reach up to 17 billion Euros by 2025 if nothing is done. The CFDT, France’s largest union, has urged the government to drop the measure and agree to a separate ‘financing conference’, which wants companies to pay more in payroll taxes to cover pension payouts. The French government has begun crucial talks with unions to try to end the stand-off over retirement age that has sparked the country’s longest transport strikes in decades. Yet, compromise doesn’t seem close.

France has a comprehensive social security system that covers healthcare, injuries at work, family allowances, unemployment insurance, and old-age pensions, invalidity and death benefits. France spends more on ‘welfare’ than almost any other EU country: over 30 percent of GDP in recent years, increasing from 10 percent of GDP in 2009. The Caisse Nationale d’Assurance Maladie (CNAM), a part of the Ministry of Health and Social Security, is the public authority responsible for ensuring that social security policy is carried out on a national level and for negotiating conventions and agreements with medical professions in France.

Despite the high contributions, French social security system is under severe financial strain due to an ageing population, which has contributed to a huge increase in spending on healthcare, pensions and unemployment benefits in recent years.

The government has been continuously insisting on creating a single, universal points-based pensions system for all, getting rid of dozens of different special systems for sectors ranging from rail and energy workers to lawyers and Paris opera staff. But there is a major sticking point over the government’s additional aim to tinker with France’s retirement age.

French government has argued that, to balance the pension budget, workers would receive an incentive to stay in the labor force until 64 in order to take home a full pension, instead of leaving at the official retirement age of 62. Unions fear that people will be made to work longer for lower pensions by changing the retirement age.

It seems very difficult for the union to find common ground with this government. The railway workers have become a target of a new pension system as many of them are allowed to retire as early as 52, with a substantial pension which is considerably higher than the average. Macron aims to overhaul pension system to offset deficit and its shrinking ratio of workers to retirees. He wants to put everybody on the same footing in a points-system accrued by the workers. This system is mainly not favored by the workers who want to preserve their gains, and is the major cause of this longest ever transport strike in France.

It is difficult to say now whether the government will agree or compromise in order to calm the strikes but the transport workers are holding a harder line than the political leaders. Most of the rail workers in Paris have claimed they have lost so much salary during the strike that they would not give up now unless the government made major changes.

The pension reforms were one of the key planks of Macron’s presidential manifesto which he called the biggest “transformation” of the French social model and welfare system since the post-war era. He has argued that he is not dismantling France’s social security safety net, but rather updating the deficit-plagued pensions system to ensure protection for future generations.